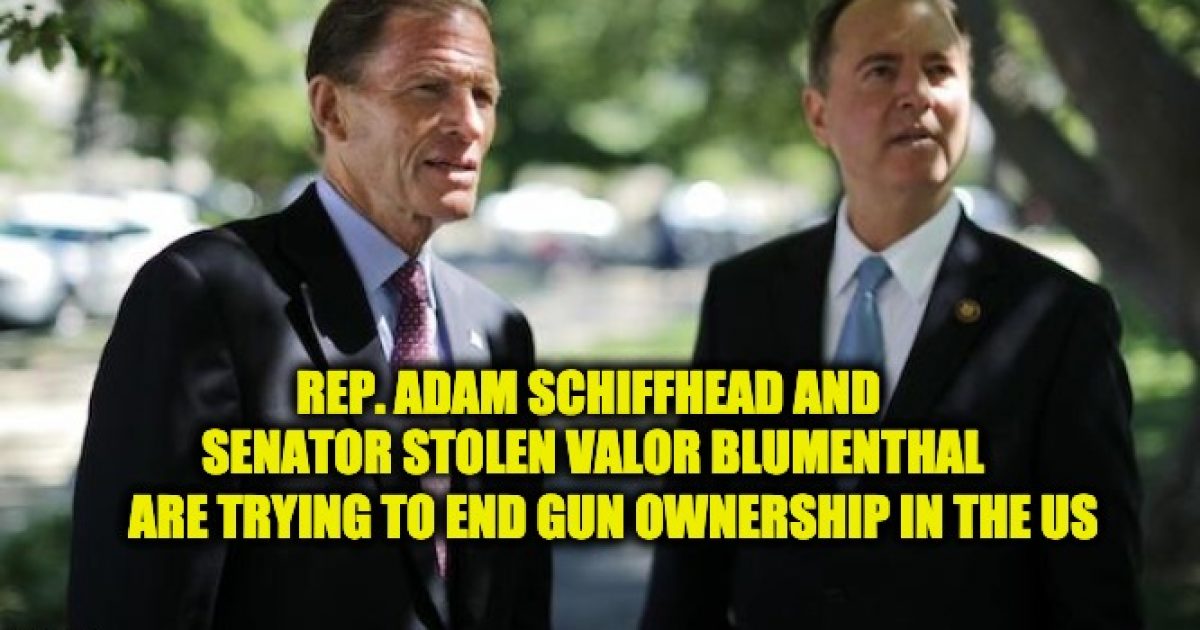 In a move that may mark the end of the Second Amendment because it will put gun manufacturers out of business, House Democrats are seeking to change the law to allow victims to sue gun companies after being injured in shootings.

To be able to sue companies because of how customers misuse their product is so entirely un-American, not to mention so materially unfair, that it boggles the mind.

The bill, titled, “The Equal Access to Justice for Victims of Gun Violence Act,” seeks to repeal the Protection of Lawful Commerce in Arms Act, a 2005 law that immunizes the firearm industry from civil liability in both state and federal courts.

“[The bill] will allow civil cases to go forward against irresponsible actors in state and federal courts, just as they would if they involved any other product. Letting courts hear these cases would provide victims of gun violence their day in court,” reads a press release about the bill.

Perhaps unsurprisingly, the bill is sponsored by the maniacal Adam Schiff (D-CA) in the House and Richard  “Stolen Valor” Blumenthal (D-CT) in the Senate. They claim “numerous cases” have been dismissed on the basis of the PLCAA “even when the gun makers and sellers acted in a fashion that would qualify as negligent if it involved any other product.”

That claim is almost as real as Senator Blumenthal’s Vietnam War combat service.

What Senator Stolen Valor and Congressman Shiffhead are trying to do with their bill is to make it difficult for law-abiding Americans to buy a gun. Their main goal is to make it so expensive to do business in the firearms industry that few will bother. And that, in turn, would put an end to the Second Amendment because no one could get any supplies or new firearms.

Think of what this means when projected to some other product. Imagine if every car maker can be sued when someone drives their car drunk? Or they can make it legal for type 2 diabetic to sue manufacturers of eating utensils. It would be absolutely absurd if you could sue a company because someone else misused their product. But that is what Democrats want.

Indeed, this whole situation was already foreseen by one of America’s founding father and our third American, Thomas Jefferson.

Jefferson understood that preventing Americans from having access to something automatically means their rights are curtailed.

In his 1792 Report on Navigation of the Mississippi (ME 3:180), Jefferson wrote: “It is a principle that the right to a thing gives a right to the means, without which it could not be used, that is to say, that the means follow their end.”