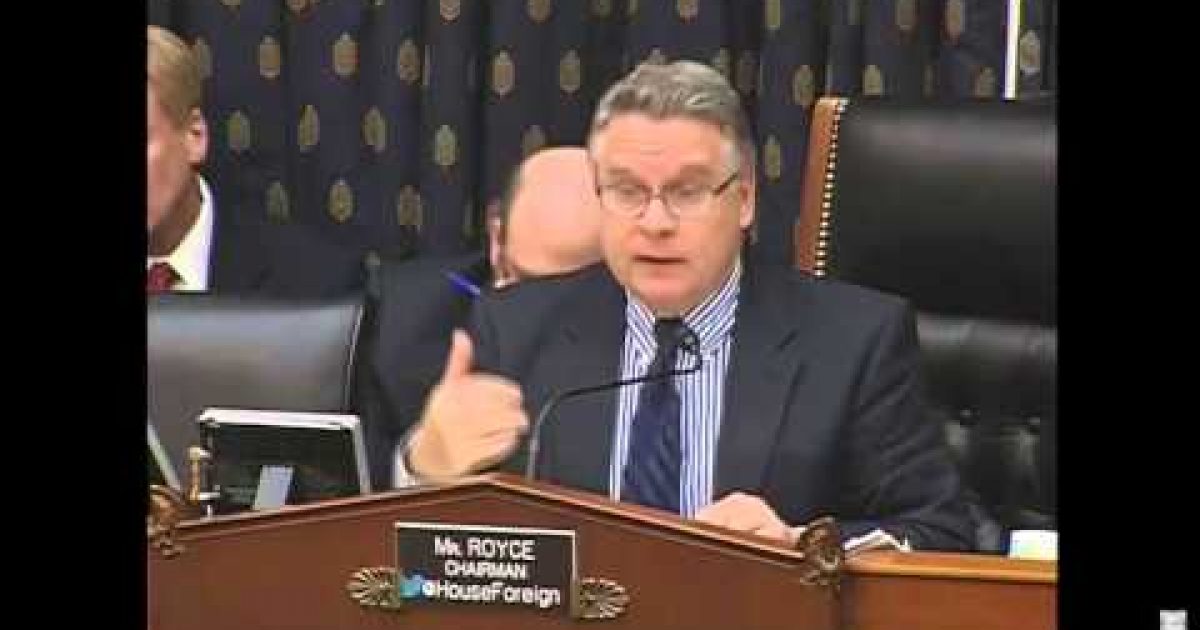 Guess where Iran’s enriched uranium is stored. Go ahead guess.  Don’t look here for the answer I have no idea, and neither does the United States. Ambassador Stephen Mull, the lead U.S. official overseeing Iran’s implementation of the P5+1 nuclear deal, told the House Foreign Affairs Committee that our government has no idea where Iran’s stockpile of uranium went. And when asked why he said, that’s not our job…it’s Russia’s

According to Mull he is sure Iran’s uranium was loaded on to a Russian ship but has no idea where the ship went and where the material will be stored, but he is sure that Russia is doing a good job controlling the nuclear material.

“We obviously have had many differences for many years with Russia,” Mull said. “But one of the features of our relationship is pretty close cooperation and protection of nuclear material.”(see video below)

Yes America, our feckless president is trusting Russia, Iran’s best friend to keep uranium from the terrorist regime.  That’s the same country that sold Iran missiles.  But Russia usually does a great job when they promise to remove WMD materials from their allies.   Like remember when they promised to take away all the chemical weapons from Syria.   Heck  it’s not Russia’s fault that we found out three years later Syria was still using chemical weapons on their people.  I am sure Russia tried, they just missed some. Putin is an honest guy so if Syria still has chemical weapons…it was an accident. Putin would never not tell his troops to leave some sarin gas for his buddy Assad to use.

Under Putin’s control, Russia would never lie to its good friend Barack Obama. Well…except for the time Russia said, “I can tell you outright and unequivocally that there are no Russian troops in Ukraine.” But they haven’t lied since.

Well…except for the time they promised to bomb ISIS in Syria. Instead they bombed the Syrian rebels fighting Russia’s buddy the despotic president Assad.  They are still bombing the rebels.  In fact for their latest bombing raid on the rebels, they said the United States did it, heck that’s what friends are for.

See!  There is no reason not to trust Russia’s word when they claim they have all of Iran’s uranium and won’t give any back.  Well…no reason except if you believe that Iran should be in a position to develop nuclear weapons. That isn’t a priority for Obama, he cares much more about not rocking the boat, possibly hurting his deal, and his legacy.