Greasing the Skids Toward Socialism? 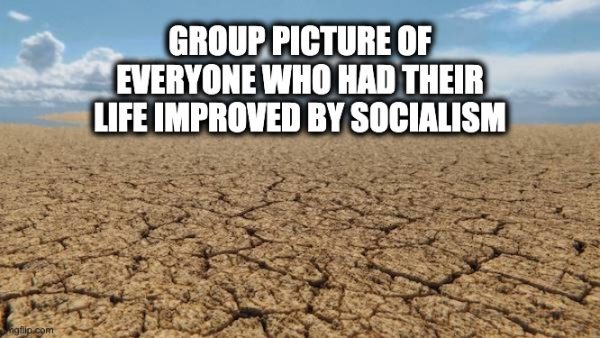 One fallout of the Covid-19 crisis is its severe thrashing of our economy. Not only have all the impressive economic gains of the Trump administration evaporated, but we are now adding to our national debt in scary ways. I hope that all the bailouts are a temporary means to solve a temporary problem. greasing the skids toward socialism

To use an analogy: One of the saddest things about a midlife crisis is that permanent damage can be done to “solve” what turns out to be only a temporary problem. I pray that America won’t adopt the permanent solution of socialism to solve our temporary coronavirus crisis.

One of the most frightening things about the bailouts is that some people find that they are receiving more money for not working than they did when they were working.

Long before the crisis, we have seen the rise of the popularity of socialism among the young in America. A Gallup poll about a year ago found that four in ten Americans embrace some form of socialism. Yipes.

In short, if we are not careful, this crisis could end up greasing the skids toward socialism.

President Trump wants to see us “inch” back to work and to recovery. But many Americans want to see us embrace socialism. Long before the coronavirus crisis, NYC socialist Congresswoman Alexandria Ocasio-Cortez was arguing that the “super-wealthy” should be taxed up to 70 percent of their income in order to fund the “green new deal.”

Dr. Richard Land, the president of Southern Evangelical Seminary in Charlotte, N.C., knows firsthand what it is like to live in a socialist country. After graduating from Princeton, he studied at Oxford to earn his Ph.D. He lived in the U.K. from 1972-1975 and experienced socialism there before Margaret Thatcher turned things around, beginning in the late 1970s. He said, “It was horrible.”

In a radio segment warning against socialism, he told me, “In Great Britain, nothing worked.”

Some people had been paying 91 percent taxes before Thatcher’s policies lowered it to 29 percent. She also privatized a lot of industries.

But, someone might ask, “What about Scandinavia?” Land notes that they too abandoned socialism because it doesn’t work. Instead, they have capitalism with a “liberal welfare state.”

What about all the young Americans who claim to embrace socialism? Land notes that they are thinking of socialism as just being “share and share alike.” But that’s not what it is. In socialism, the state becomes god. In a nanny state, you get the people more and more dependent upon the government for their very living.

That is what makes this present meltdown of the economy so frightening. There may be many on the marginal side of life who are content to rely upon the government—even as a way of life beyond the crisis.

Some people claim that the Scriptures advocate socialism. The Bible certainly promotes “share and share alike.” However, sharing is voluntary. Socialism involves government coercion and theft from Citizen A’s property on behalf of Citizen B. Meanwhile, the socialist government makes more money than either citizen in the administration of this theft by taxation and coercion.

Dr. Land observes, “Some people have said that the Bible teaches socialism. They’re wrong. They’re simply wrong and they’re very simplistic. The Bible tells us a great deal about the nature of man, which is pretty basic. And the heart of man, according to Jeremiah, is ‘deceitful and desperately wicked; who can know it?’”

Dennis Prager, talk radio star and the founder of PragerU, once told me in a TV interview, “[Socialism] is against human nature. The moment you tell people that the community will take care of you, they work less. It undermines character.”

During the heyday of the Obama administration and their over-abundant spending on domestic programs, I asked Stephen Moore, an economist who has served both Presidents Reagan and Trump, about those who promote socialistic solutions because “it’s the Christian thing to do.”

Moore answered, “I always laugh and sometimes frown when people say the Christian thing to do is to continue to spend money recklessly like we are doing now….If the government spends a dollar, that dollar has to come from somebody or somewhere….The real problem here is people say, ‘Oh, it’s so Christian to be spending all of this money on all these programs,’ and I say, ‘Wait a minute. Who’s going to pay the cost? Isn’t it Christian to care about your kids and your grandkids?”

May the coronavirus crisis be a temporary one. And may we be on our guard against any socialist framework that will do irreparable damage as a “solution” to this, Lord-willing, temporary problem.

greasing the skids toward socialism

greasing the skids toward socialism

Immigrant bought land where he crossed the border illegally, allows others to do the same
May 15th, 2021 Liberty Unyielding