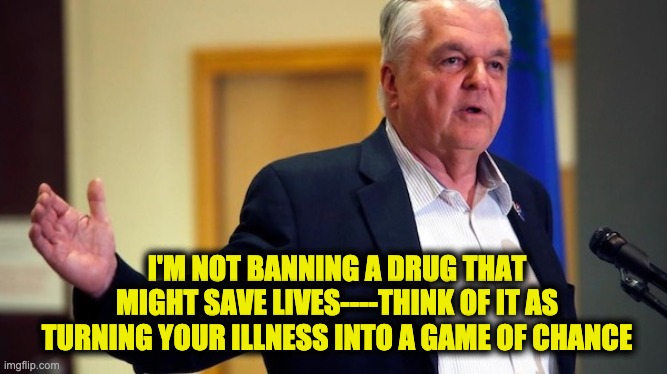 There is stupid, and there is stupid on steroids. Democratic Nevada Gov Steve Sisolak issued an emergency order barring the use of the anti-malarial drugs hydroxychloroquine or chloroquine as a treatment for COVID-19. Why? Because the President touted it as a game-changer. Anyone who disobeys the order will be charged with a misdemeanor until after April 16. Sisolak’s anti-Trump hate has effectively blocked anyone in Nevada from receiving a life-giving chance against Coronavirus. Gee, I guess if he kills people off they cannot vote against him.

“Sisolak signed an emergency order earlier Tuesday barring the use of anti-malaria drugs for someone who has the coronavirus. The order restricting chloroquine and hydroxychloroquine came after President Donald Trump touted the medication as a treatment and falsely stated that the Food and Drug Administration had just approved the use of chloroquine to treat patients infected with coronavirus. Sisolak said in a statement that there’s no consensus among experts or Nevada doctors that the drugs can treat people with COVID-19.” US News

Really? VP Pence and Dr. Oz seemed to back up the President:

Perhaps because of the outcry, the governor tweeted that it’s okay to prescribe the drug in a hospital:

This regulation DOES NOT prohibit prescription of these drugs for inpatient treatment. In other words, if a doctor in a hospital or emergency room setting wants to prescribe these drugs to treat a patient diagnosed with COVID-19, he or she is still free to do so. https://t.co/DdG4HKR4Ht

(…)“Doctors can prescribe that medication, which as you know is a perfectly legal and approved malaria medication,” Pence told Dr. Oz,  “but doctors can now prescribe chloroquine for that off-label purpose of dealing with the symptoms of coronavirus. We are making that clear across the country.”

If you’re in Nevada and tested positive for coronavirus get the hell out now. Your governor would rather you die than try a drug regimen that has already helped many people. #coronavirus

New York began trials of the drug on Tuesday. The President asked the FDA to “fast track” the drug so that it could be used in the treatment of COVID-19. Anti-Trump hate could conceivably get people killed.

The man who recovered: 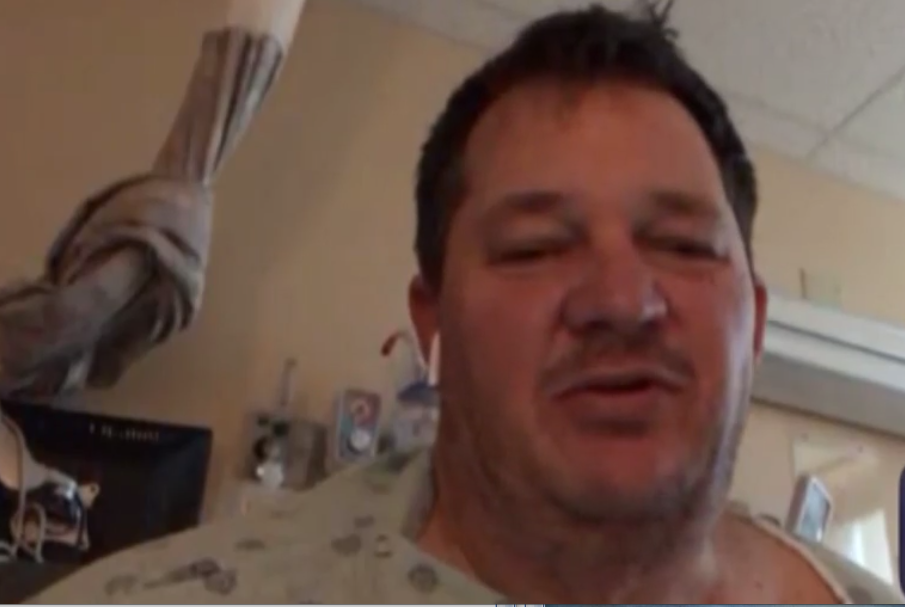 Screenshot of Rio Giardinieri via Fox 10

Rio Giardinieri was in a hospital in Florida — he expected to die from the virus because he couldn’t breathe.

“I was at the point where I was barely able to speak and breathing was very challenging. I really thought my end was there. I had been through nine days of solid pain and for me, the end was there. So I made some calls to say in my own way goodbye to my friends and family.” A dear friend immediately sent him a recent article about hydroxychloroquine, an old anti-malaria medicine proven successful to treat COVID-19 patients overseas, and insisted he take the drug.

So, Giardinieri reached out to an infectious disease doctor. “He gave me all the reasons why I would probably not want to try it because there are no trials, there’s no testing, it was not something that was approved. And I said look I don’t know if I’m going to make it until the morning because at that point I really thought I was coming to the end because I couldn’t breathe anymore. He agreed and authorized the use of it and 30 minutes later the nurse gave it to me.

An hour after an IV with the medicine, he says his heart felt like it was beating out of his chest. “They had to come in and get me calmed down and take care of me. I had another episode about two hours later where I just got to the point where I couldn’t breathe and my heart was pounding again so they gave me some Benadryl through the system and something else. I’m not sure what it was. It allowed me to go to sleep and when I woke up at exactly 4:45 in the morning, I woke up like nothing ever happened.”  Fox 10

Doctors poo-pooed the idea that the medicine saved his life by saying it was the “progression” of the disease.  But what if the drug in combination with azithromycin really does help? What then, Mr. ‘I-Hate-Trump’ Nevada Gov?

“To me, there was no doubt in mind that I wouldn’t make it until morning. So to me the drug saved my life. … I just want everyone to know there’s an option. You don’t have to just sit there and hydrate. There’s a medicine that’s working.”

Not for citizens in Nevada. The Nevada Gov made sure they can’t have it no matter whether it helps or not.

Horrific: Dem Gov. Steve Sisolak restricts chloroquine and hydroxychloroquine after Trump touted it as treatment for the virus.
He's now playing God and holding lives in balance.
Vote out Dems as if your life depended on it, because it does. https://t.co/hNpHcWOkkd

Much of this post was first seen Conservative Firing Line