The Top 7 Media Lies About The Gaza Violence 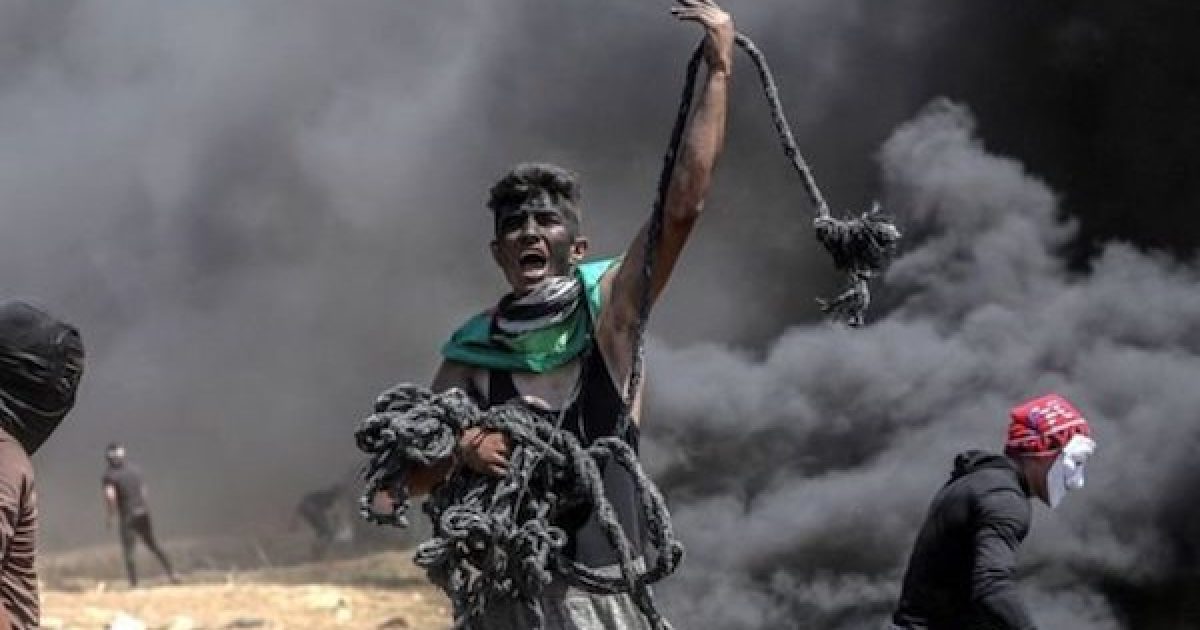 Horribly while the celebration of the American embassy was happening a long-promised violent Hamas protest was also happening. Israeli warnings for the protesters not to rush the border fence (which included dropping flyers) area and IDF soldiers were forced to protect their country. According to the Palestinian Authority, more than 58 were killed, and over two thousand were injured, almost like a human sacrifice to Hamas terrorism.

Creating their own narrative, the mainstream media as well as our supposed European allies blamed the violence on the embassy move and accused a disproportionate response. Well not all of Europe, France heard there was gunfire somewhere in the world and immediately surrendered.

To back up their anti-Israel agenda, the media is not being truthful about the Gaza violence, not all of it but surely elements within most mainstream media vehicles.  Even Fox News which claims to be “fair and balanced” has people like Shepard Smith telling lies, or someone on Outnumbered on Tuesday claiming that Israel doesn’t believe in the two-state solution, another lie (I was listening on the radio and can’t tell who it was).

Below I address the falsehoods with the top 7 lies the media is telling you about the Gaza violence. Why seven, well its a long story but understand that seven is a significant day in the Jewish faith. Please read the below and if you have any questions, feel free to email me via the contact link in the red banner on top of the page.

1) The New U.S. Embassy is in Palestinian territory: Wrong! Half of the new embassy is inside the 1949 Armistice lines. The building crosses the Armistice lines but is not on the land that would be reserved for a Palestinian state – it crosses into what used to be called “no-man’s land,” in between the territory Israelis and Jordanians respectively held 1948-1967. The particular location housed a U.S. consulate from 2010 until May 14, 2018, when it was dedicated as the new embassy. When it was a consulate, there were no complaints. 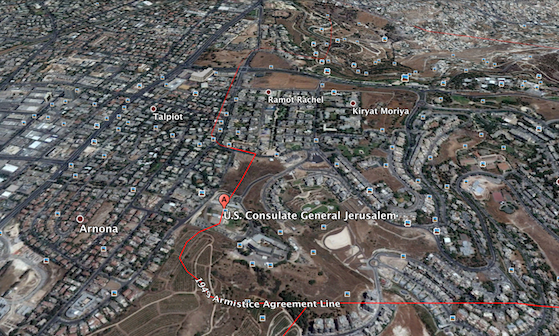 2) Israel does not believe in a two-state solution. Wrong!  On June 14th, 2009 four years after Israel pulled out of Gaza, and during a speech at Bar Ilan University PM Netanyahu said:

“In 2000 and again last year, Israel proposed an almost total withdrawal in exchange for an end to the conflict, and twice our offers were rejected.” (…) “And here is the substance that I now state clearly: If we receive this guarantee regarding demilitarization and Israel’s security needs, and if the Palestinians recognize Israel as the state of the Jewish people, then we will be ready in a future peace agreement to reach a solution where a demilitarized Palestinian state exists alongside the Jewish state.”

The Palestinians have done neither. Not only has Netanyahu recognized the need for a two-state solution, but every Prime Minister after Yitzhak Rabin has recognized the need for a two-state solution. Yitzhak Rabin was the last prime minister of Israel that did not support the creation of a Palestinian State. Just before he was assassinated Rabin made a speech that called for, “an entity which is less than a state, and which will independently run the lives of the Palestinians under its authority.”

3) The US recognition of Jerusalem precludes a future Palestinian State from having a capital in Eastern Jerusalem. Wrong!  The U.S. decision to recognize Jerusalem as Israel’s capital and to relocate its embassy is not a position on the final status of Jerusalem; neither is it a recognition of Israel’s sovereignty over East Jerusalem, which the Palestinians claim for their future capital. Additionally, the official position of the US supports a two-state solution if that’s what the parties want.

“The United States remains deeply committed to helping facilitate a peace agreement that is acceptable to both sides. I intend to do everything in my power to help forge such an agreement. Without question, Jerusalem is one of the most sensitive issues in those talks. The United States would support a two-state solution if agreed to by both sides.”

4) The violent Palestinian protests were incited by the US Embassy ceremony. Wrong! Every year the Palestinians have protest marches on May 15th to commemorate the Nakba (catastrophe), what they call the creation of the state of Israel.

This year, Hamas called for weekly violent protests after Friday prayers for weeks before the Nakba, trying to rush the border and gain entry into Israel. The biggest protests were supposed to happen on May 14th as an attempt to ruin Israel’s 70th-anniversary celebration and May 15th Nabka.  This ‘schedule’ was announced long before the February 23rd American announcement that the embassy opening would occur this May, years before previous announcements.

5)The violent Palestinian protests were incited by Iran to the U.S. leaving the JCPOA nuclear deal. Wrong.  While Iran is paying for the string of violent protests during the past few weeks, their anti-Israel attacks began in February when they sent a drone loaded with explosives from Syria toward Israel. Last week they sent 20 missiles at Israel and the Jewish State counterattacked.

6) The violent Palestinian protesters are peaceful and unarmed. WRONG. Which of the below isn’t a weapon?

A miracle in Gaza. The man with the crutches suddenly started running pic.twitter.com/53l5bb3zV1

7) All the violent Palestinian protesters killed were innocents. Wrong!  The IDF said Tuesday that a total of 24 members of Hamas and Islamic Jihad were among the 58 killed in Monday’s violent protests. Hamas disagrees they claim 13 of theirs and Islamic Jihad claims 3. Whether it was 16 or 24, what the media isn’t reporting is that many of these protesters are being forced to sacrifice themselves.   Destitute Gazans are receiving $100 per family, bankrolled by Iran, to approach and dismantle the security fence. Hamas threatens non-participants, either storm the fence or die. And they had to know what they were facing, On Monday morning Israel dropped leaflets warning Gazan’s not to attack the border fence because the IDF was using live ammo.