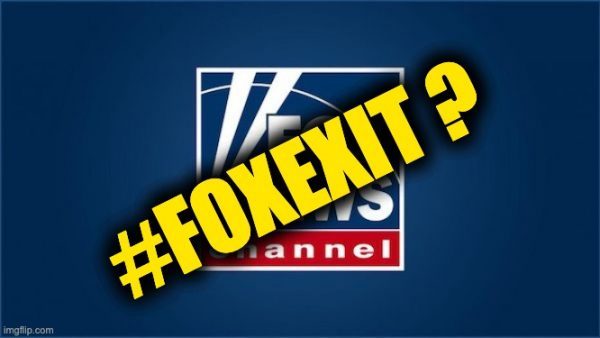 Saturday night, Newsmax reported that Fox News canceled this week’s Judge Jeanine Pirro’s program after the network learned that she planned to cover election fraud issues in the 2020 race for the White House. According to the report, Judge Jeanine was also suspended, but it is unknown whether the suspension will last longer than this weekend.

Fox News claims the reason Judge Jeanine’s show didn’t air was that Joe Biden was speaking at the same time, and her show will be back next week. As of Sunday evening, Judge Jeanine hasn’t commented either way.

The story was broken by Newsmax Anchor Rob Schmitt, who worked at Fox until August 2020:

“Sources close to the network tell us that’s because she made a very staunch defense of President Trump and wanted to expose or attempt to expose” the voter fraud that the Trump campaign and Republicans allege took place, Rob Schmitt said.

Here’s a video of his report:

Writing at Breitbart, John Nolte tells us the “fair and balanced” network has been suffering a huge backlash, which got quite a boost with the atrocious performance Chris Wallace put in as a “moderator” in the first debate between Trump and Joe Biden.

The backlash had been brewing for a while but really took off after Chris Wallace’s dreadful and dreadfully biased and dishonest role as moderator in the first presidential debate between President Trump and Joe Biden.

The backlash then went nuclear after Fox News maliciously and erroneously called Arizona for Joe Biden on Tuesday night — a state that is still too close to call.

Fox News has stunk for years, but over the past few months it’s gone beyond stinking to out-and-out betrayal of its loyal viewers, especially with its presidential polls that are not simply incorrect, they are bald-faced lies.

Fox News used to be the only news network without a liberal bias. That began to change when Roger Ailes resigned in July 2016 after being outed as a serial sexual harasser. Network Rupert Murdoch temporarily took over and gradually turned things over to his son Lachlan who doesn’t like Trump.

As the 2020 election cycle continued, outside of Fox and Friends and the evening opinion block, Fox began to lean anti-Trump. And it became more blatant, turning off what used to be FNC’s core audience.

The Fox Decision desk also displayed the FNC anti-Trump stance. On election night, Fox News became the first major news outlet to declare that Biden would win Arizona. Pro-Trump supporters in Maricopa County, Ariz., led chants of “Fox sucks.”  The head of the Fox Decision desk that made the call is Arnon Mishkin, a registered Democrat, who voted for Hillary Clinton in 2016, worked as a Democrat political consultant and has a long record of donating to Democrats, including the 2008 Obama-Biden campaign. Heck, even left-leaning election analyst Nate Silver criticized the decision and have called on Fox and the Associated Press to retract their calls.

“I don’t know, I guess I’d say that Biden will win Arizona if you forced me to pick, but I sure as heck don’t think the state should have been called by anyone, and I think the calls that were previously made should be retracted now,”

Those who follow Bret Baier on Twitter must have noticed the backlash received on Saturday when he posted:

Nolte said his search of the replies was about “100-to-1 negative.”  Here are some of the responses he saw:

You have lost this loyal viewer! Trying to influence an outcome that is clearly not legitimate!

How about no! Done with Fox!!

I’d rather get another vasectomy without anesthesia sir

Done with fox! You sold out on us! Good luck!

Sorry Bret. Fox has jumped the shark. We won’t forget.

Yikes if you have their email, you want to pass that along to Murdoch’s.

One of my favorite responses to Bret Bair was:

I’d rather get another vasectomy without anesthesia sir

No anesthesia? Ouch! That has to hurt.

But the big hurting must be for Fox News. The movements growing on Twitter such as #FOXEXIT advising people to switch to Newsmax and OAN is real.

Let’s see if the movement is sustained, Newsmax and OAN continue to grow, and Fox News continues to lose viewers.