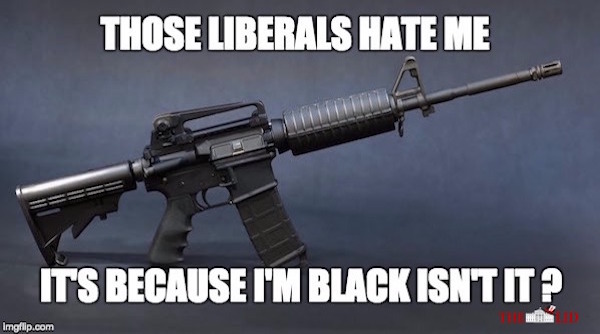 The Florida Supreme Court in a 4-1 decision dumped the ballot plan of the “Ban Assault Weapons Now” group because the wording was “deceptive.” As usual, with all anti-gunners, the group was angry and claimed the court was “controlled by the NRA.” (Anti-gun groups’ big boogeyman).

The reaction of the anti-Second Amendment forces was typical:

Not only has the Legislature recently made it harder to pass ballot initiatives, now the people must also face a Court of rightwing ideologues who will only approve initiatives they agree with politically.”The Supreme Court, now controlled by the NRA in the same way as our Governor and our Legislature, has fundamentally failed the people of Florida. -Gail Schwartz, Ban Assault Weapons Now

Wait a second! I am a member of the NRA, why don’t I know they are controlling all of those people?

The court felt that the wording in the proposed ballot initiative was not precise. It granted grandfather status to the person, not the gun itself. Because the court has declared the wording invalid, the group will have to start over entirely in gathering the required 766,000 signatures. They have only gathered 175,000 certified ones so far, but cannot just tweak the wording.

Attorney General Ashley Moody opposed the ballot initiative, as did the National Rifle Association, which hired a legal team to fight it.

“We are pleased with the Court’s ruling. It is extraordinarily important that when a voter steps into the voting booth, they know what they are voting on,” said Moody spokeswoman Lauren Cassedy.

The group that launched the initiative raised about $2 million in the effort to get it on the 2022 ballot, including more than 300 donations from Parkland residents. The group Americans for Gun Safety Now contributed at least $260,000 to the effort, but a spokeswoman said it had no comment because it wasn’t involved in the legal proceedings.

Ballot initiatives tend to get approved by voters. The legal wording on most of them, such as I-1639 in Washington, can create confusion as to the actual effects of the initiative. This initiative was initially set for the 2020 ballot, but the group didn’t even come close to the number of signatures needed to get it there.

Florida has traditionally been firearm-friendly. But right after the Parkland shooting, all sorts of legislation was attempted to stop people from obtaining firearms. Fortunately, they have all failed so far. The “Ban Assault Weapons Now” group was trying to revise the Florida Constitution with its initiative. Don’t let it happen, Florida.