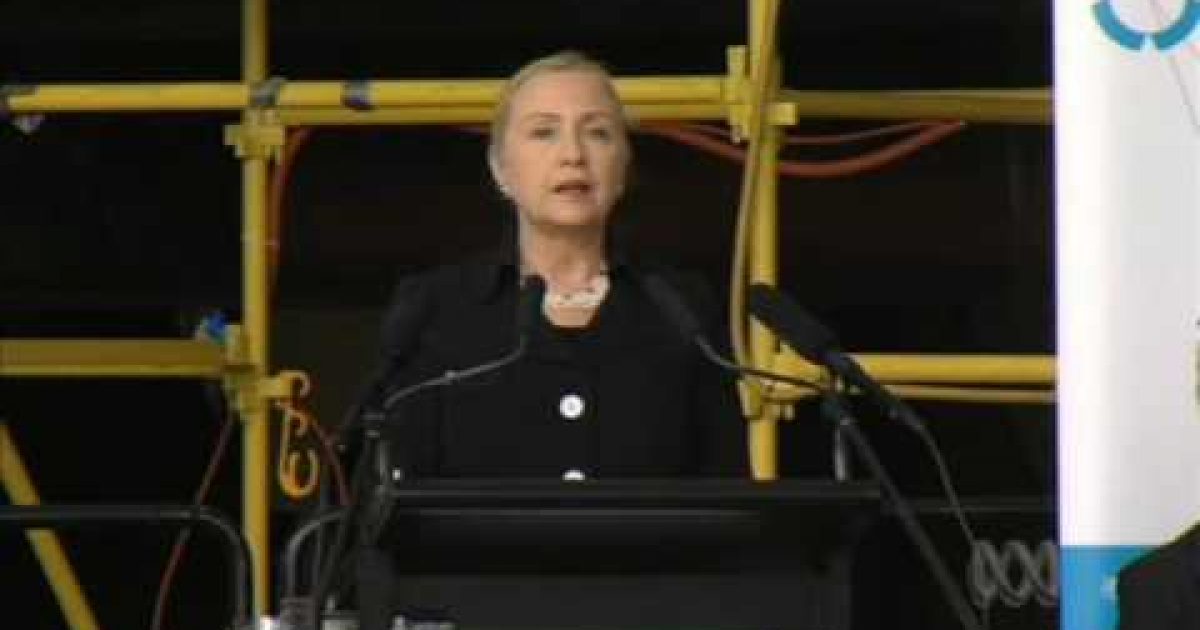 During the first Presidential debate, Hillary Clinton wants to pretend her record on trade has always been consistent. Yet as her struggles during the presidential campaign has shown, Clinton’s actual record on trade has haunted her.Clinton’s actual record shows she’s long been a strong supporter of the Trans-Pacific Partnership. See below on Clinton’s history of praising the “gold standard” in trade deals, TPP:

Of all Hillary Clinton’s many flip-flops during the Democratic primary, none were as brazenly political as her flip-flop on free trade. Clinton helped negotiate the Trans-Pacific Partnership as Secretary of State, while also speaking very favorably about the deal numerous times. So when she came out against TPP, it was clearly motivated by Bernie Sanders’ surprisingly strong surge.

No comment by then-Secretary of State Hillary Clinton better illustrates Clinton’s shamelessness on free trade than a comment she made in Australia in 2012. Speaking on the Trans-Pacific Partnership, Clinton called the agreement the “gold standard” of free trade deals:

“‘This TPP sets the gold standard in trade agreements to open free, transparent, fair trade, the kind of environment that has the rule of law and a level playing field,’ Clinton said in 2012. ‘And when negotiated, this agreement will cover 40 percent of the world’s total trade and build in strong protections for workers and the environment.’”

Until now only a transcript had been available of Clinton’s “gold standard” comments. Yet today the Republican National Committee has released the video of Clinton’s remarks.

“Last weekend, Hillary Clinton’s supporters on the platform drafting committee rejected an amendment by one of his supporters to oppose a vote on TPP in Congress, according to his campaign. Now Sanders’ campaign says his supporters will bring up the trade deal again when the full Platform Committee meets in Orlando in early July, and if necessary, at the full convention later next month in Philadelphia.”

Clinton has had every position possible on the Trans-Pacific Partnership. With the release of the “gold standard” video added to her campaign’s recent platform votes, her trade flip-flop could be the spark that prevents the Sanders supporters from coalescing around the presumptive nominee.