Some Facts To Help You Defeat Liberals In The Gun Debate 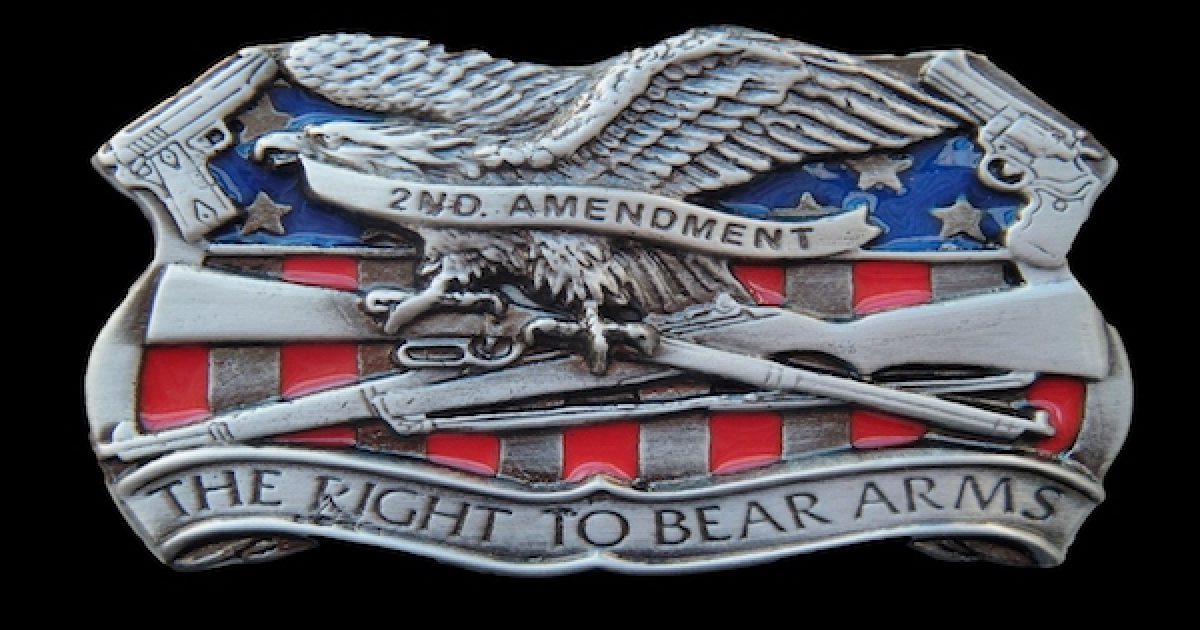 Thanks to yet another monster abusing firearms, liberals are again at it and trying to undermine our Second Amendment rights.

Americans innately understand why having the right to bear arms is a good idea, but all too often many lack the historical information and background facts to help them fully understand and argue in favor of those rights. With this, I hope to help arm Americans with some of that information they may be missing.

Sadly, there is a consensus among the left-wing and their handmaidens among the media elites that the “right to bear arms” does not really mean we have a right to bear arms. But the truth is, there is plenty of evidence to prove that the founders and their immediate successors in American politics did assume just such a right. The fact is, firearms are not a national plague and the founders did not make an error in focusing on our rights to self-protection.

Of course, we all have heard the nonsense that our rights are outdated, or that the founders never meant for them to be taken as individual rights. But, we can go back to the writings of our founders to see what they really meant. What they wrote to each other, in newspapers, and in other statements as they started our country reveals exactly what they meant. The founders spent a great deal of time thinking and writing about the rights of man in the early days and this thinking influenced the Declaration of Independence, the Constitution and the various commentaries on jurisprudence. These ideas and principles directly affect the meaning of the Second Amendment.

A book called Blackstone’s Commentaries on the Laws, for instance, was a huge influence on the founders and this is what that important treatise on the law said on arms ownership:

“The right of the citizens that I shall at present mention, is that of having arms for their defense.” and ” This is the natural right of resistance and self-preservation when the sanctions of society and laws are found insufficient to restrain violence of oppression” and again “To vindicate these rights when actually violated or attacked, the citizens are entitled … to the right of having and using arms for self-preservation and defense.”

Blackstone’s commentaries were accepted as fact by our founders, not mere theory. So, it is clear that what the founders had in mind was that self-preservation and defense was a natural right to be protected by the laws and the U.S. Constitution they were crafting.

To put a finer point on this, looking at one founder, in particular, James Wilson, is instructive.

Mr. Wilson taught his laws students that the rights secured by the Constitution did not create new rights, but simply reaffirmed old ones.

He said that our documents were meant… “to acquire a new security for the possession or the recovery of those rights to… which we were previously entitled by the immediate gift or by the unerring law of our all-wise and all-beneficent Creator.”

Wilson wasn’t alone in his thoughts on rights. Thomas Jefferson also viewed our Constitution and principles similarly, saying: “Government is to declare and enforce only our natural rights and duties and to take none of them from us.”  And in the Declaration of Independence, he wrote the famous line that our rights were,  endowed by our Creator. John Adams stated that “Rights are antecedent to all earthly government; Rights… cannot be repealed or restrained by human laws; Rights are derived from the great Legislator of the universe.” None of the founders said all our rights are God-given except for those outlined in the Second Amendment.

So, what did some of the founders say about firearms specifically now that we have the principles of self-preservation established? Here are a few quotes that you can use:

“The right … of bearing arms… is declared to be inherent in the people.”
Fisher Ames, one of the framers of the 2nd Amendment in the first congress

“The great object is that every man be armed … Every one who is able may have a gun. But have we not learned by experience that, necessary as it is to have arms, … it is still far from being the case?”
-Patrick Henry

“And what country can preserve its liberties if its rules are not warned from time to time that this people preserve the spirit of resistance? Let them take arms.”
-Thomas Jefferson

“To preserve liberty, it is essential that the whole body of the people always possess arms, and be taught alike, especially when young, how to use them”
-Richard Henry Lee

“The advantage of being armed is an advantage which the Americans posses over the people of almost every other nation … the governments are afraid to trust the people with arms.”
-James Madison

“A free people ought … to be armed.”
-George Washington

With that established, we can move on to another historical fact liberals abuse so that they can undermine our individual right to own arms. That is the famous “well-regulated militia” line in the Second Amendment. Liberals like to say that “militia” could only mean a standing military organization like the U.S. Army or the various state guard organizations. But that isn’t what the founders meant.

The founders meant the militia to be we, the people. Each of us individually is “the militia.”

So, what is this militia? Try these quotes on that topic:

“The militia are the people at large.”
-Tench Coxe Attny. Gen. of Penn. and Asst. Sec of Treasury under Washington

“Who are the militia? They consist now of the whole people.”
-George Mason

“The militia is composed of free citizens.”
-Samuel Adams

“A militia… are in fact the people themselves.”
-Richard Henry Lee

Indeed, the first federal law passed concerning just who a militia member might be, the Militia Act of 1792, states that the “militia of the United States” consists of every adult male in the country. Under that act each adult male was required by the law to possess a firearm and a minimum supply of ammunition. In fact, the current law still states, “The militia of the United States consists of all able-bodied males at least 17 and under 45 years of age.” —United States code, title 10 par., 311(a)

That means the “militia” is a description of individuals, not a group.

Additionally, in those days the words “well regulated” only meant orderly. Liberals say “well regulated” invites government regulations. But in that time, It didn’t mean anything like organized “under the law” or under the government. It just meant that the individuals in the militias would be in order and well trained.

Many also claim that “common sense” (and by that they mean gun banning) is a “health issue.” They say that costs are a public issue. But, the proclaimed overwhelming costs of treating gun victims in the country’s healthcare industry is greatly exaggerated. In an article published in the JMAG in the June 1995 issue, estimates appeared that show health care industry costs for such treatment amounts to about $1.5 billion. That added up to only 0.2 percent of total annual health care expenditures nationwide at the time. You may have seen crazy numbers like $20 to $30 billion is incurred for gunshot victims (most of whom are criminals), but this number assumes a very high lifetime earning rate loss for the victims of gun violence which are added in as a “loss” to the country. Such high lifetime earning estimates assumes that these criminals will suddenly slap their heads, realize the error of their ways and jump into a high paying job market out of the clear blue sky.

Finally, the work of Prof. Gary Kleck and Doctors for Integrity in Policy Research has shown that between 25 and 75 lives are saved by guns for every life lost to guns. So medical costs saved by guns in the hands of citizens who use them legally and for protection are 15 times greater than costs incurred by the criminal use of firearms, a great argument for the Second Amendment.

So, there you have it. Just a few facts, quotes, and passages that might help you argue in favor of our Second Amendment.