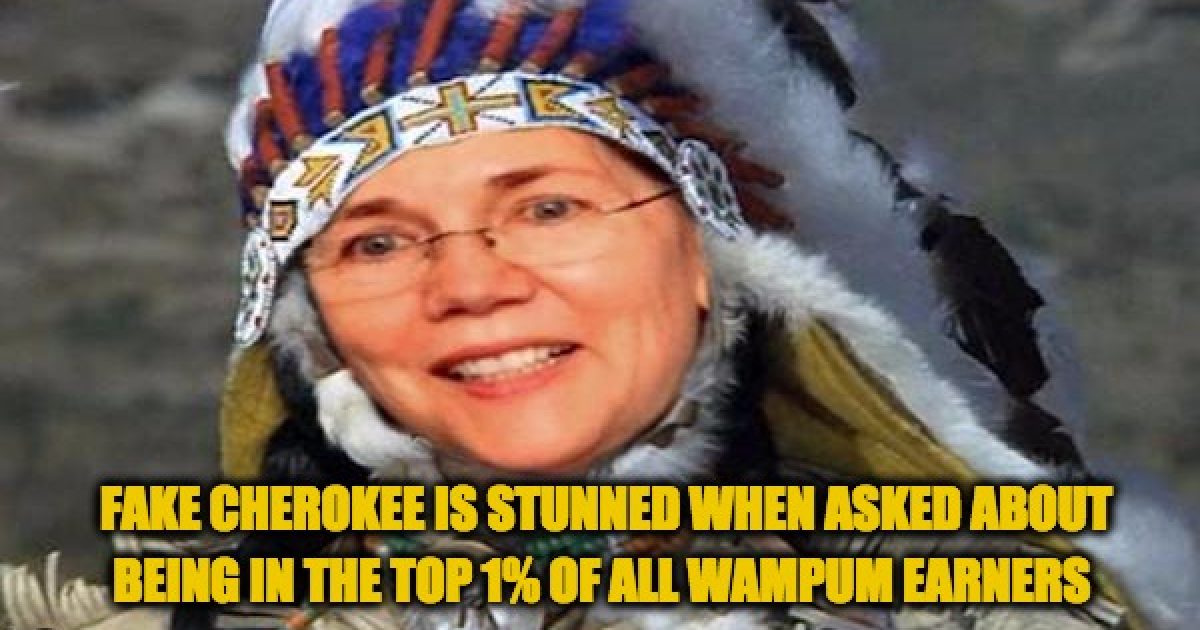 During the 2016 presidential election, something very strange happened to the public perception of Senator Pocahontas, AKA Elizabeth Warren. And when a Boston Radio host pointed out the hypocrisy of the perception, Warren froze like a dear in the headlights

The left began looking to Warren as some sort of financial guru – an economic genius if you will – based on some cleverly edited YouTube videos and Warren’s own penchant for babbling on about some of the more mundane pieces of the American fiscal puzzle.  She found herself oddly lumped in with Bernie Sanders as some sort of money messiah who could change the entire U.S. financial system, were she ever taken seriously as a possible candidate for a higher office.

Then, when Warren caved and began an ill-advised supporting role to Hillary Clinton’s doomed campaign, a great many of the new breed democrats started murmuring about a possible Vice President Liz; an idea that Clinton herself quickly squashed with her bizarre selection of Tim Kaine as her running mate.

Now, as Warren continues to ride this wave of democratic celebrity into the Trump administration’s first year, the greater attention she has been receiving has also unlocked a few dirty secrets of the “for the people” facade that the Massachusetts Senator has been building.

One radio host in Warren’s home state has had enough.

“WRKO radio host Jeff Kuhner caught up with Warren the other day and recorded his brief encounter, during which he asked the Massachusetts senator an easy question.

“’You often say, and I agree with you, that the 99 percent are getting shafted by the 1 percent,’ Kuhner told Warren as she shook her head in agreement. ‘Let me ask you this. A lot of people, especially my listeners, say you live in Cambridge. You have a $2 million mansion, plus you’re a multi-millionaire yourself. So how can you rail against the 1 percent, when you are and live like the 1 percent?’

“The senator launched into a oral history of her family and the ‘opportunities’ that landed her in the upper-upper class.

“’But you are part of the 1 percent?’ the radio host persisted. ‘You are a multi-millionare and have a mansion in Cambridge, do you not? It’s worth north of $2 million.’

“’I had opportunities because America invested in kids like me,’ Warren said. ‘And that’s the reason I’m in public office, so I can make sure the next kid …’

“’Ya, I know,’ Kuhner cut her off. ‘But you are part of the 1 percent and you’re railing on the 1 percent. You don’t see the hypocrisy there?’

Kuhner went on to lambast Warren further, mentioning an exorbitant salary that she received while teaching at Cambridge due to her “Native American” heritage.

Warren was simply stifled and was quickly escorted away from the confrontation by her staff.