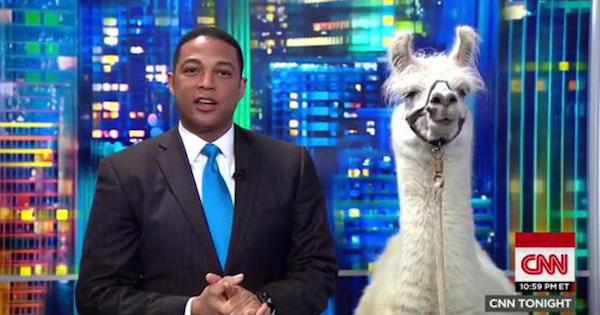 Pretty much every civilized human being agrees that the Facebook live video showing the egregious beating of a disabled white man by four blacks in Chicago is, at best, evil.  CNN’s Don Lemon, however, has a different take.  While discussing the issue, he said it wasn’t “evil,” but the result of youths with “bad home training.”

Here’s video, and it’s quite disturbing:

At the end of the day, you just try to wrap your head around evil,“ said Daily Caller columnist Matt Lewis. “That’s what this is: it’s evil, it’s brutality, it’s man’s inhumanity to man.”

“I have no idea who is raising these young people, because no one I know on earth who is 17-years-old or 70-years-old would ever think of treating another person like that,” he added. “You wonder, at 18-years-old, where is your parent, where is your guardian?”

Needless to say, Lemon’s comments sparked a great deal of anger on Twitter. 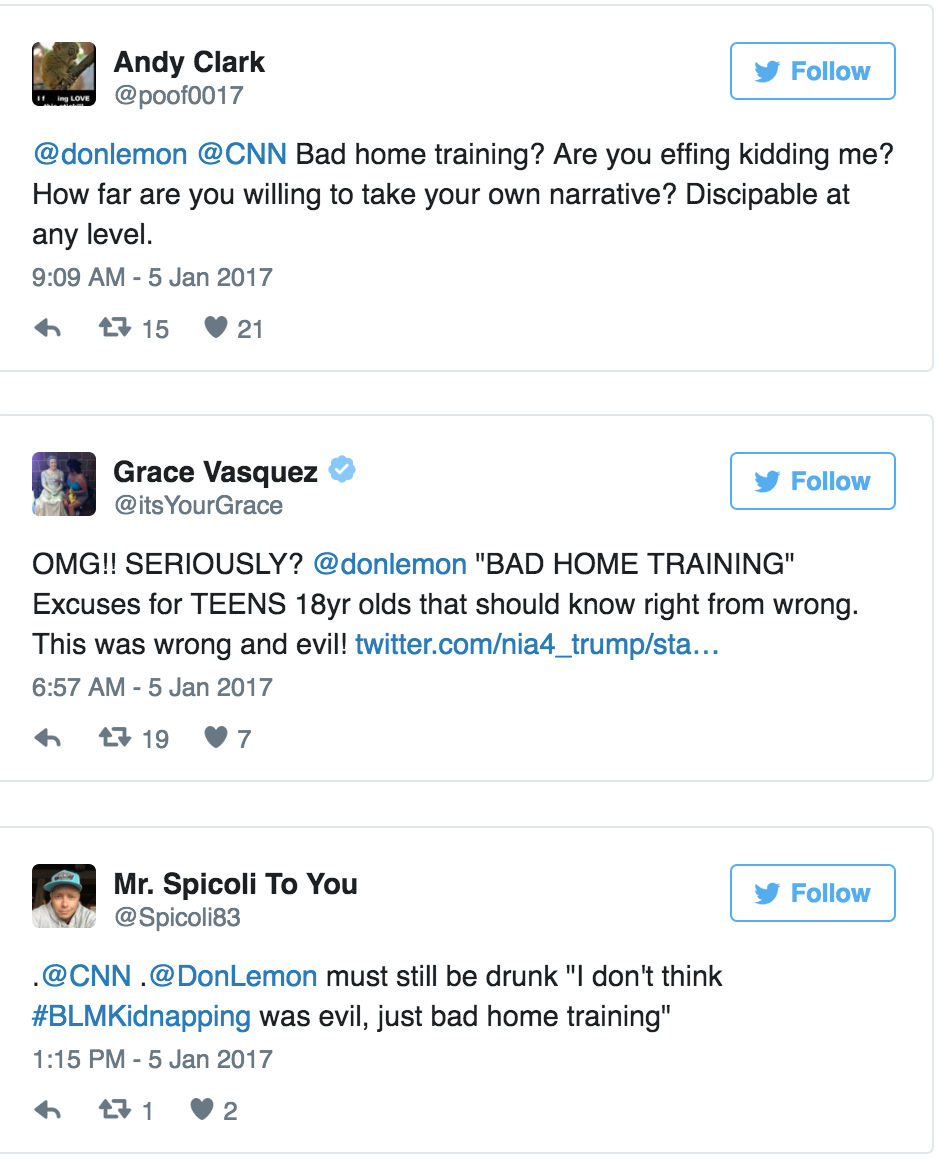 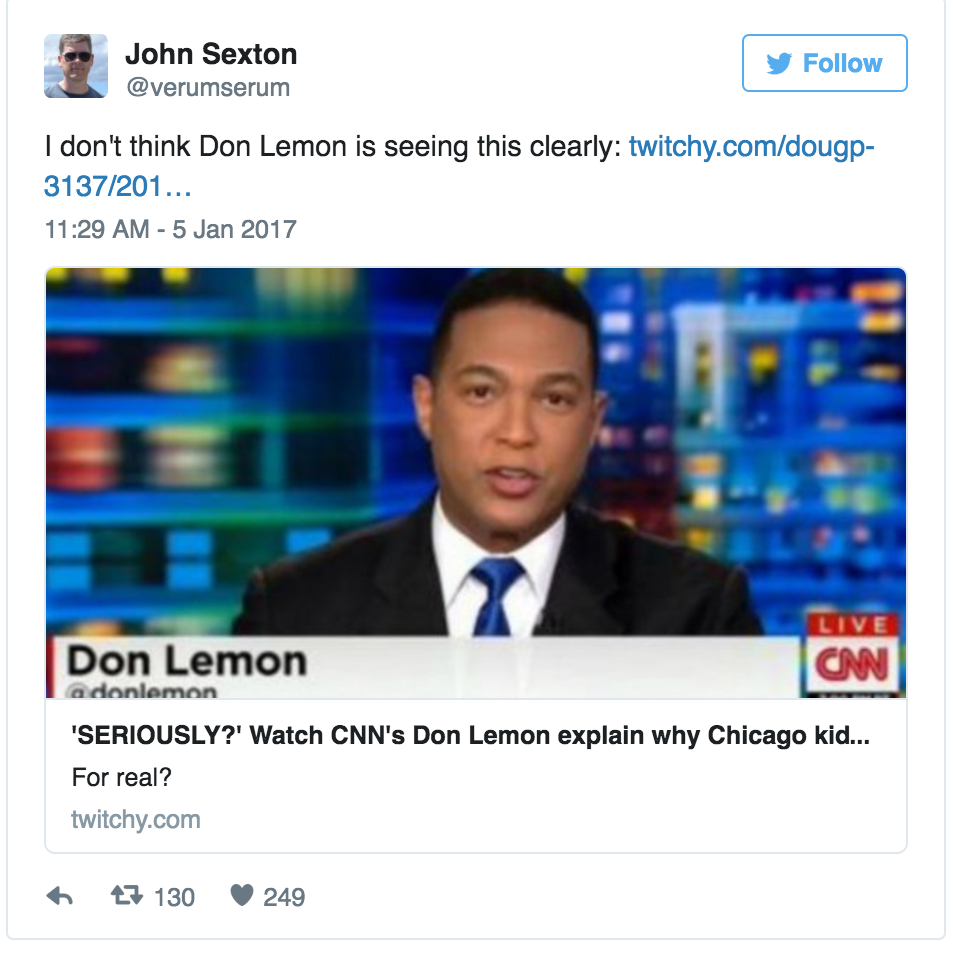 For what it’s worth, Lemon isn’t the only one who doesn’t think this video is evil.  As I reported earlier this morning, Facebook told users the video, which is so brutal we refuse to post it here, doesn’t violate their so-called “community standards.”

Meanwhile, voters say CNN is the “least trusted” network for news.  Wonder why?