Printing Co. Refuses To Print Art Depicting Trump In A Positive Light By A Conservative Artist 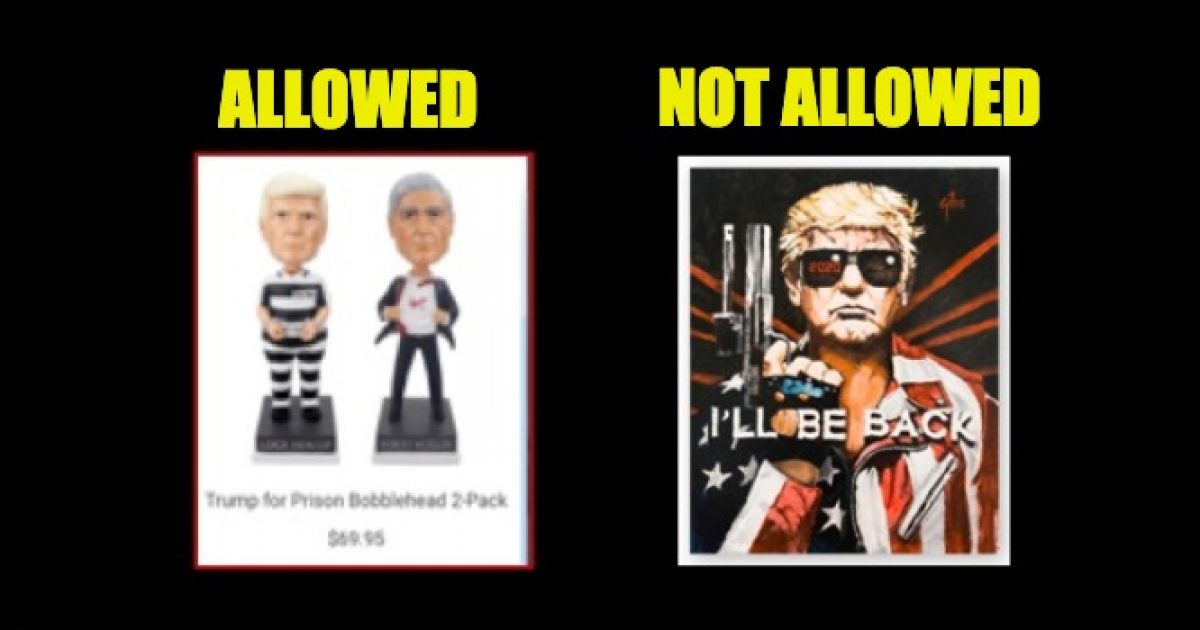 On December 5th, 2019, I was notified by the staff of the great website, flyover-states.com, that Printful, the print on demand company for all of their conservative merchandise, has refused to fulfill orders using my Trump Art because I do not have an ‘appropriate licensing agreement approved by legal representatives of the individual (i.e., Donald Trump).’

So, according to them, because President Trump hasn’t given me the personal green light for my epic depictions of him in various comedic and awesome situations, they’re now verboten by Printful?

If anyone can reach the President for me, I’d love to get his permission! But, I’m a guessin’ the snowflakes over at Printful still wouldn’t print them.

Wonder if the head honchos over at Printful have ever heard of The Fair Use Clause when it comes to the use of someone’s image in artwork?

I also find their claims a smidge specious and slathered generously with stercore tauri because their ‘rules’ seem not to apply to everyone. For instance, there are several conservative online stores that use Printful services that have a ton of Trump merchandise using his name and likeness, and they sell stacks of it every day, and I’ll venture to guess that #45 did not give them permission to sell it. 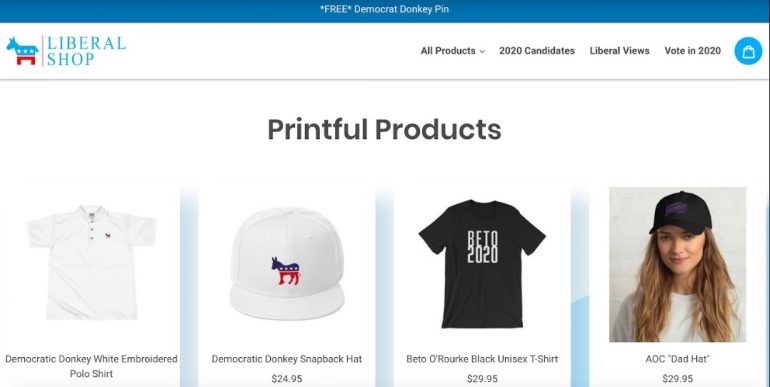 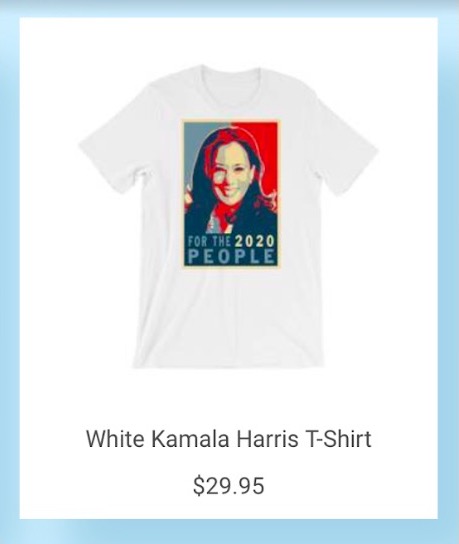 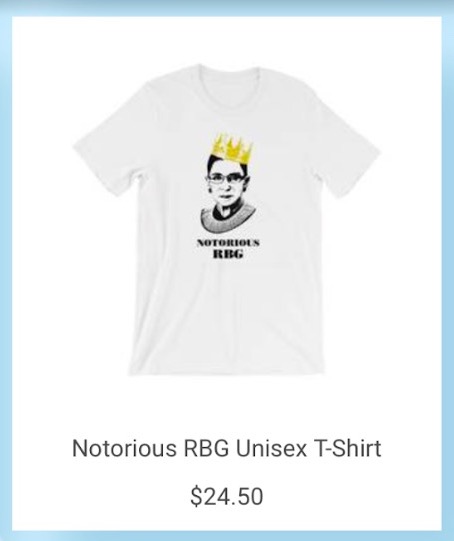 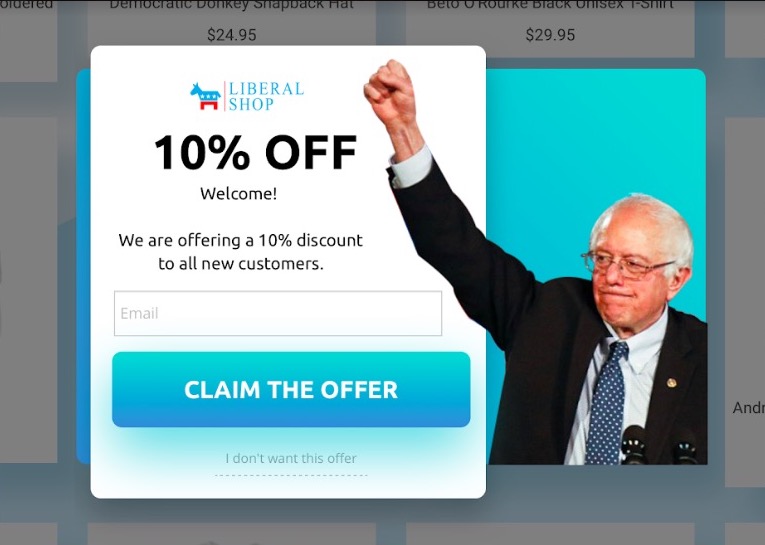 Now remember kiddos, Printful has serious guidelines that demand permission from whomever’s name or likeness is being used or they will not fulfill the order, dammit! At least that’s what they told me, Doug Giles, the conservative artist.

As I hopped, skipped and jumped through the various products over at the liberal.shop, I saw Occasional-Cortex’s logo and name bandied about. Pics of Kamala, RBG, and Bernie on adverts and products. Every presidential hopeful on the Left had their name used on the merch.

If you don’t believe me just click the link and give it a gander.

What really had me befuddled after my ‘don’t use Trump’s image without permission letter’ was the liberal.store has a Trump bobblehead doll that says, ‘Lock Him Up.’ Did they get permission from the President to sell that product? Also, I wonder if I would’ve painted the President in a negative light versus a positive one if they would be A-Okay with my craft. 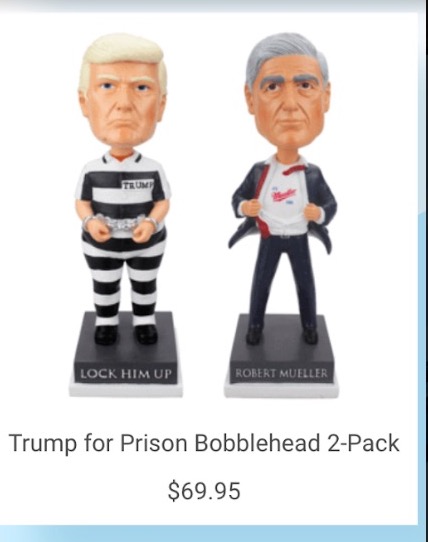 I guarantee the peeps running the liberal.store didn’t get permission from their liberal darlings to use their name or likeness and yet … they continue to sell their swag. But alas, my hilarious and epic, pro-Trump art, is banned for some garbage reason they don’t apply across the board especially with liberal stores.

So what do I want from Printful? Nothing. Good riddance. If Trump gave me permission to paint him doing epic stuff I wouldn’t want it on that pathetic platform.

That said, we launched our own artist storefront that stands behind this thing called, ‘freedom of expression’ and it’s got ALL of my Trump pieces for sale at GREAT prices just in time for Christmas. 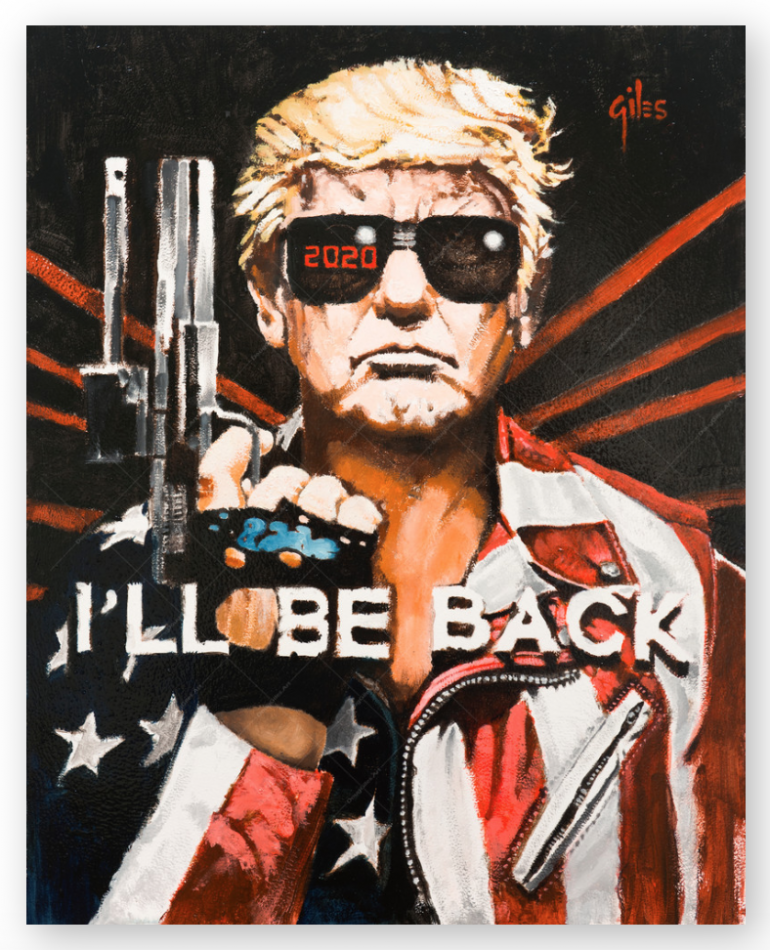 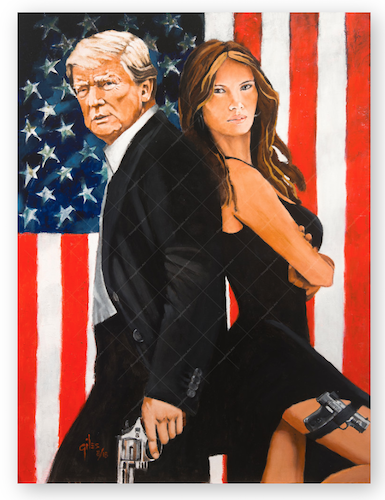