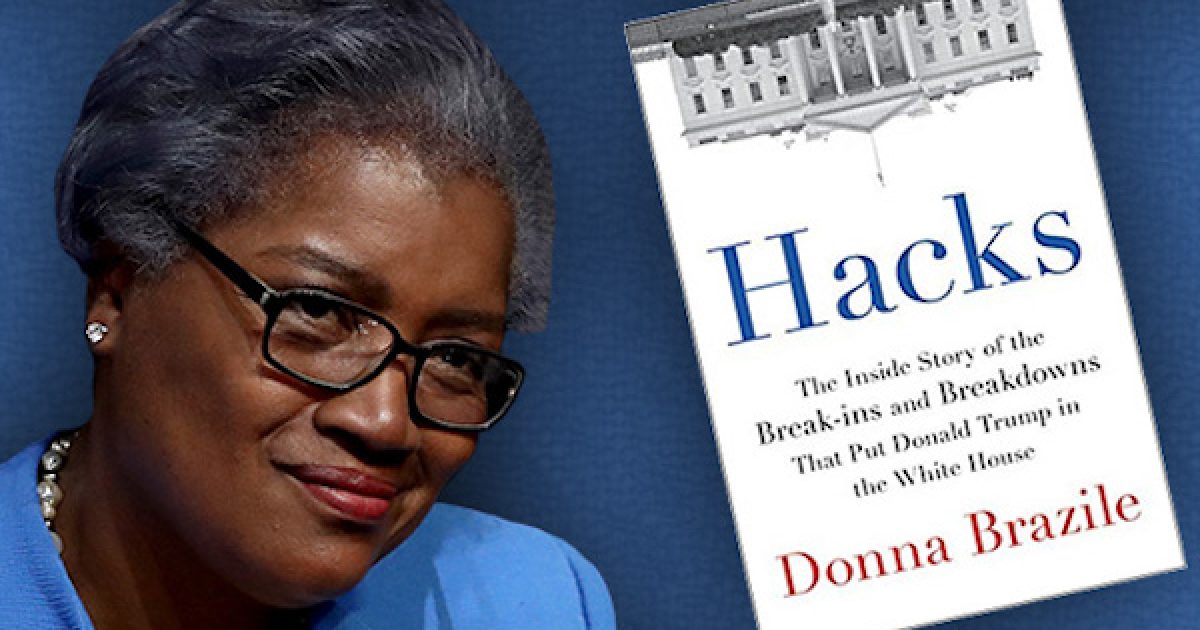 Over the past week, the contents of the new book “Hacks” written by former interim DNC Chair Donna Brazile has received tons of press. While the elements of the book may be true (I have no reason to believe they aren’t) not covered is the reason for the book. Brazile claims its purpose is to tell her story. However, I would suggest the purpose of the book is to damage Hillary Clinton. Brazile’s book is coup d’etat—an overthrow of the Clinton machine which has ruled the Democratic Party since Bill Clinton became president in 1993.

I know what you are thinking, “what about Obama?”  Obama would have been a one-term president of it wasn’t for Bubba Clinton. In 2012 when Obama was trailing in his reelection bid, he turned to former President Bubba to turn his fortunes around not only in the campaigning department but in the fund-raising area also.

Since her election loss Hillary Clinton has been a constant media presence trying to explain all the reasons lost the election (my latest count is 30 excuses). Along with her blame game, at times Ms. Clinton has hinted she might run again in 2020. By drawing the coverage, Hillary’s been squeezing out other Democrats from receiving coverage.

Enter Donna Brazile, whose book “Hacks” feeds the rumor her winning of the nomination wasn’t fair, claims that the campaign was incompetent,  had racist and misogynistic elements, and was too arrogant in its belief they had the election won to listen to advice that they were in trouble.

If Hillary Clinton’s book is named, “What Happened,” Brazile’s book could have been titled “What Really Happened.” Donna Brazile is a long-time Democratic Party operative who twice served as interim chairman of the party. She wouldn’t have written a book bashing Hillary Clinton if she wasn’t trying to free the party from the grasp of the Clinton machine.

Brazile’s book is perfectly passive aggressive. Once sentence would describe how much she wanted Hillary to win (because of the alternative and because she didn’t want to disappoint women) then she would launch into a section calling the campaign unethical or incompetent.

Perhaps the book’s biggest revelation gave weight to Bernie Sanders’ claim he was cheated out of the nomination. Brazile’ revelation described how the party made a deal with the devil–an “unethical” deal that “compromised the party’s integrity,” and gave Hillary an unfair advantage over Bernie Sanders.

Apparently, President Obama left the party $24 million in debt after the 2012 campaign and had been paying that off very slowly. Brazile claimed the party (under Debbie Wasserman Schultz), the Hillary Victory Fund, and Hillary for America signed a secret joint agreement that said, in exchange for the Hillary Campaign to raising money to help make the party solvent, Hillary would control the party’s personnel, finances, strategy, and all the money raised.”

Brazile’s book “Hacks” describes the incompetence of the Clinton effort. As reported in the Washington Post:

“Brazile paints a scathing portrait of Clinton as a well-intentioned, historic candidate whose campaign was badly mismanaged, took minority constituencies for granted and made blunders with ‘stiff’ and ‘stupid’ messages. The campaign was so lacking in passion for the candidate, she writes, that its New York headquarters felt like a sterile hospital ward where ‘someone had died.’”

Incompetence was the kindest of Brazile’s charge, the former interim chair also threw down the race card. Actually, she didn’t just throw it down, but tossed it with so much power it must have cracked the  floor:

“As one of her party’s most prominent black strategists, Brazile also recounts fiery disagreements with Clinton’s staffers — including a conference call in which she told three senior campaign officials, Charlie Baker, Marlon Marshall and Dennis Cheng, that she was being treated like a slave.”

“‘I’m not Patsey the slave, ‘Brazile recalls telling them, a reference to the character played by Lupita Nyong’o in the film, ‘12 Years a Slave.’ ‘Y’all keep whipping me and whipping me and you never give me any money or any way to do my damn job. I am not going to be your whipping girl!’”

OUCH, that claim had to hurt real bad.

Hillary Clinton, indeed the entire Clinton Machine always claimed to be most in touch with the needs of minorities. Donna Brazile is the senior most African American in the Democratic Party wrote that team Hillary had a plantation mentality.

But just as bad as the plantation charge was Brazile’s claim that Senior members of the Clinton campaign engaged in sexist behavior toward her.

Recalling what she describes as a tension-filled conference call with Mook and his team of top aides about hiring a temporary CEO for the party, Brazile says, “I have worked with men all my life in politics and I can sense when they get to this part about not being able to deal with a woman. This is not a racial thing. This was a gender thing.”

Brazile says that she interjected at one point in the conference call and said, “You know, this does not feel like a negotiation to me. This feels like power and control. Gentlemen, let’s just put our dicks out on the table and see who’s got the bigger one, because I know mine is bigger than all of yours.”

This was the Clinton campaign who with the message, “vote for me because I am a woman.”

Brazile’s other criticism included that the campaign’s strategists were too obsessed with research and never bothered to go into the field to ask voters what they really wanted. She added that the campaign acted as if Hillary had the election in the bag.

“As she traveled the country, Brazile wrote, she detected an alarming lack of enthusiasm for Clinton. On black radio stations, few people defended the nominee. In Hispanic neighborhoods, the only Clinton signs she saw were at the campaign field offices.”

“But at headquarters in New York, the mood was one of ‘self-satisfaction and inevitability,’ and Brazile’s early reports of trouble were dismissed with ‘a condescending tone.’”

They should have listened to her as one of the reasons Ms. Clinton lost was that the Black and Hispanic communities didn’t come out and vote for her.

Donna Brazile has been a major player in the Democratic Party since 1988 when she served as a field director for the Dukakis campaign. That was followed up with advising Bubba Clinton’s two presidential campaigns, and as the first African-American to run a presidential campaign she was campaign manager for Al Gore before becoming part of the party apparatus after the 2000 election.

The revelations in “Hacks” raises the question, why would someone who loyally served the party for three decades suddenly decide to reveal the party’s dirty laundry in public? We are talking about a woman so loyal to party that she lost her CNN job for passing along possible debate questions to Hillary Clinton so she could be well prepared.

Politics is a cruel business.  When it’s time to retire there’s no gold watch, no set of golf clubs and being told to go on your merry way. When someone in politics doesn’t realize it’s time to go, they are told publicly their day has passed. That’s what is behind “Hacks.”

Just as she did by passing along the debate questions, or as she did in 1988 when she lost her job with the Dukakis campaign because she admitted telling a group of reporters that George H. W. Bush needed to “fess up” about unsubstantiated rumors of an extramarital affair, Donna Brazile is again taking personal heat to serve the interests of her party.

It is a year before the 2020 Democratic party presidential wannabes start emerging from the shadows, Brazile is staging a coup d’etat,  making sure the Clinton machine is retired, that Hillary never tries a comeback, and never again runs for president. That’s the purpose of her book. Free up the path for 2020.