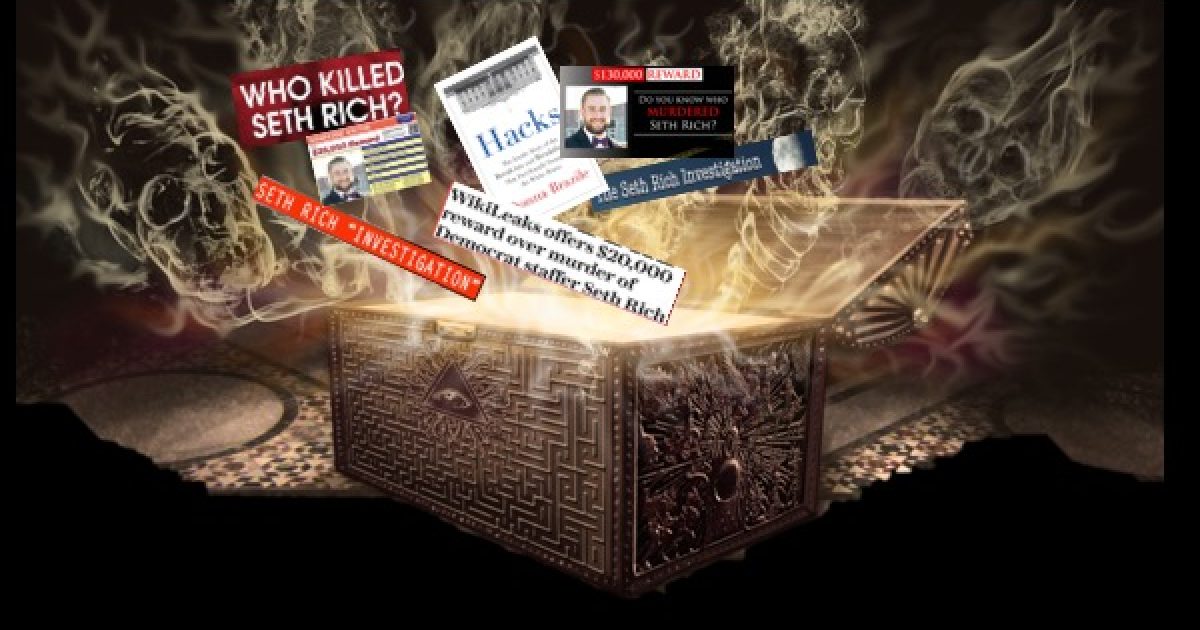 I felt some responsibility for Seth Rich’s death. I didn’t bring him into the DNC, but I helped keep him there working on voting rights.

With all I knew now about the Russians’ hacking, I could not help but wonder if they had played some part in his unsolved murder.

Until the excerpts of Donna Brazile’s book began to appear, one could not invoke the name “Seth Rich” without being told to double the thickness of your favorite tin foil hat and being laughed off of your conspiracy theory message board. But Ms. Brazile mentioned the murdered DNC employee more than once in her new book “Hacks” in a tone that reignited the controversy over his death.

During the summer of 2016, DNC Staffer Seth Rich was shot and killed in an upscale DC neighborhood. The police said it was an attempted robbery…but nothing was taken. At the time there were rumors that Rich was the person who gave Wikileaks the emails about the party fixing the primary process for Hillary Clinton, the emails that led to Debbie Wasserman Schultz resigning as party leader.I

Speaking to Dutch television program Nieuswsuur Tuesday [Aug.10, 2016] after earlier announcing a $20,000 reward for information leading to the arrest of Seth Rich’s killer, Assange said the July 10 murder of Rich in Northwest Washington was an example of the risk leakers undertake.

“Whistle-blowers go to significant efforts to get us material and often very significant risks,” Assange said. “As a 27-year-old, works for the DNC, was shot in the back, murdered just a few weeks ago for unknown reasons as he was walking down the street in Washington.”

When the interviewer interjected that the murder may have been a robbery, Assange pushed back.

“No,” he said. “There’s no finding. So… I’m suggesting that our sources take risks.”

When pressed as to whether Rich was, in fact, the leaker, Assange stated that the organization does not reveal its sources.

Now just when any discussion of the Rich murder became taboo, interim DNC Chief Donna Brazile, who was exposed by Wikileaks for assisting Hillary Clinton with early access to CNN debate questions, has raised Seth’s specter once again with quotes like the above and by dedicating her latest book to him.

In “Hacks,” Brazile talks about being haunted by Rich’s murder, and feared for her own life, shutting the blinds to her office window so snipers could not see her, and installing surveillance cameras at her home.

Brazile even brought up the late Mr. Rich during her appearance last weekend on ABC’s, This Week with Clinton Operative George Stephanopoulos. When asked about the criticism she received from fellow Democrats about “Hacks” she replied with an emotional:

Everything about Seth Rich’s possible connection with Wikileaks, a cover-up of the real facts regarding his murder, etc. is pure conjecture. Nothing has been proven. But the fact that even Donna Brazile has questions, and mentioned him more than once in her book, adds to the controversy.

Fox News published what they thought was a revelation regarding the Seth Rich murder mystery on May 16, 2017, but withdrew the story a week later explaining:

The article was not initially subjected to the high degree of editorial scrutiny we require for all our reporting. Upon appropriate review, the article was found not to meet those standards and has since been removed.

We will continue to investigate this story and will provide updates as warranted.

Perhaps its time for Fox News to atone for their May 2017 story by redoubling their efforts to discover if the police account is correct or if not, what is the truth.