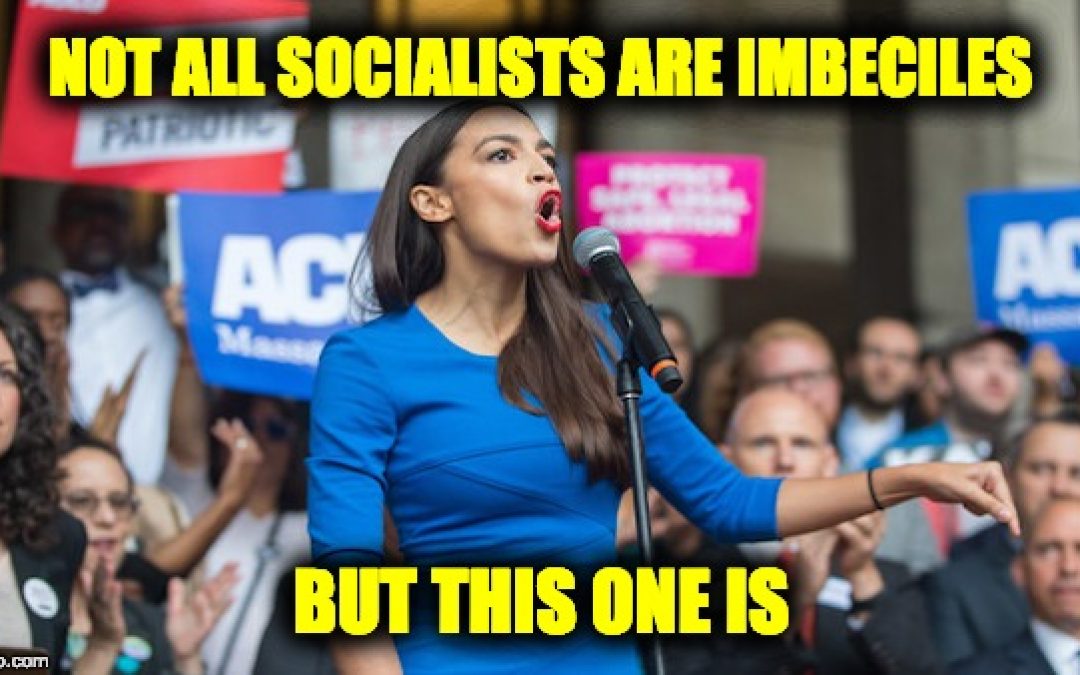 Nunes claimed the obscene rhetoric coming from AOC (D-NY) was from a familiar playbook – repeat a lie often enough, and the media will make it seem real to their viewers.

Essentially, Democrats will repeat comments portraying Republicans as evil, and eventually, the message will stick.

“The legacy mainstream media will continue to repeat it, and it will become the truth out there in the ‘hinterlands’ of Manhattan,” Nunes (R-CA) explained.

I am happy to work with Republicans on this issue where there’s common ground, but you almost had me murdered 3 weeks ago so you can sit this one out.

Happy to work w/ almost any other GOP that aren’t trying to get me killed.

In the meantime if you want to help, you can resign. https://t.co/4mVREbaqqm

In case you missed it, AOC was triggered by the fact that Ted Cruz (R-TX) dared to agree with her in a post about the Gamestop and Robinhood app controversy.

The controversy involved the Robinhood app suspending trading for their customers and, in some cases, even selling shares without their permission.

Reddit users huddled together to squeeze short-sellers out of their positions by buying up stock in video game retailer GameStop, as well as a few other struggling companies.

AOC tweeted that Robinhood’s response to the market movement was “unacceptable,” to which Cruz retweeted and said, “fully agree.”

Despite repeated calls from her own party for faux unity amongst lawmakers, AOC replied to Cruz in a manner that makes one question her judgment, if not her sanity.

“I am happy to work with Republicans on this issue where there’s common ground, but you almost had me murdered 3 weeks ago, so you can sit this one out,” she said with absolutely no evidence.

“Happy to work [with] almost any other GOP that aren’t trying to get me killed,” added AOC.

A deranged Member of Congress accusing a US Senator of attempted murder?

If Trump had lied like this, you would have shut him down. @birdwatch @TwitterSafety – SUSPEND @AOC or prove your leftist bias. #SUSPENDAOC https://t.co/B2XKhisqk8

Not Grounded in Reality

AOC’s comments regarding Ted Cruz are so far adrift from reality, it’s almost embarrassing. Sadly, it’s becoming a consistent trend for the New York socialist since the Capitol’s riots.

Last week, her paranoia crept through when she explained to CNN that she didn’t attend President Biden’s inauguration because she doesn’t “feel safe around other members of Congress.”

She followed that crazy statement with a tirade in which she accused the GOP caucus of harboring “legitimate white supremacist sympathizers.”

AOC says that "there are legitimate white supremacist sympathizers that sit at the heart and at the core of the Republican caucus in the House of Representatives" and that "@GOPLeader Kevin McCarthy answers to these Qanon members of Congress, not the other way around." pic.twitter.com/vDGc0GOAiC

She claimed Cruz allegedly almost got her killed because he objected to counting electoral votes, something Democrats did 11 times in 2017 when Donald Trump had won.

You may recall that Democrats’ insistence on casting doubt on Trump’s election victory led to excessive amounts of violence in the streets.

Republican lawmakers were targets for assassination on a baseball field in 2017 by a man who supported Senator Bernie Sanders (VT).

Nobody accused Sanders of attempted murder that we’re aware of.

Willem Van Spronsen, a self-identified (according to his manifesto) member of the left-wing Antifa movement, was shot and killed when he stormed an ICE center in Tacoma, Washington, in 2019.

Van Spronsen was armed with flares, and a rifle attempted to ignite a propane tank and burn the center down and published a manifesto before the attack echoing Ocasio-Cortez and her incendiary “concentration camps” rhetoric.

In short, she ‘almost had ICE agents murdered.’

Did she ever apologize for her role in inciting a domestic terrorist attack?

You directly incited an attack. Did you apologize for this? pic.twitter.com/rucGvq3utM

If she fails to do so, we “will be forced to find alternative means to condemn this regrettable statement,” Roy said.

Apologize or suggest she seek some sort of counseling. That might be the best remedy.

Cross-Posted with The Mental Recession