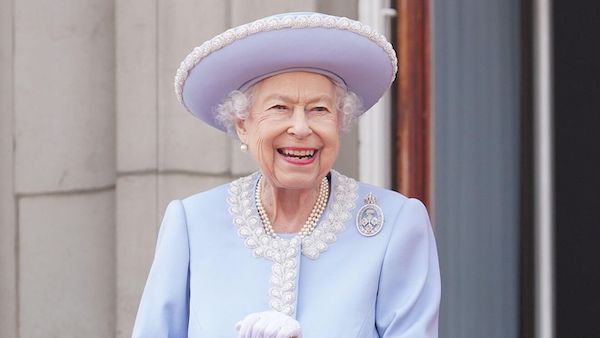 Queen Elizabeth II died Thursday at her Balmoral Castle residence in Scotland. The monarch and head of the Commonwealth was 96.

The Queen most recently withdrew from a virtual Privy Council meeting Wednesday upon advice from her doctors.

“In the difficult days ahead, we will come together with our friends across the United Kingdom, the Commonwealth, and the world to celebrate her extraordinary life of service,” British Prime Minister Liz Truss, who became head of government with the Queen by her side just two days ago, said in part Thursday. ”It is a day of great loss, but Queen Elizabeth leaves a great legacy. Today the crown passes, as it has done for more than 1000 years…”

Elizabeth took power seven decades ago upon her father’s death when Harry Truman was President of the United States, and Joseph Stalin still terrorized the Soviet Union. She was the second-longest serving monarch in world history, just behind King Louis XIV, who ruled France for more than 72 years.

Her tenure is, however, the longest reign of any British monarch. Elizabeth surpassed the record held by her great-great-grandmother Queen Victoria, who spent 62 years on the throne, in 2015.

Today all Americans stand with our great friends across the Atlantic in mourning the monumental loss of Her Majesty Queen Elizabeth II. Elaine and I extend our deepest sympathies to the Royal Family and to the people of the United Kingdom and the Commonwealth. pic.twitter.com/gtEoyH4GWj

The Rolling Stones extend their deepest sympathy to the Royal family on the death of Her Majesty, Queen Elizabeth II, who was a constant presence in their lives as in countless others. pic.twitter.com/veCyfN8rjp

“She was the symbol of consistency, the link between the generations, the rock to whom we were tethered as the storms of the world raged around us. She was always there. Now she isn’t. And we feel devastated ‘

Elizabeth married Prince Philip of Greece and Denmark, in 1947, at Westminster Abbey. Phillip died in 2021 at age 99, two years after he retired from his official royal duties.

A symbol of stability at home and on the global stage, Elizabeth was the longest-married British monarch and most well-traveled British head of state, visiting large and small nations since the late 1940s. She reached the milestone of 70 years on the throne this February, commemorating the occasion with a Platinum Jubilee in June.

As World War II erupted, Elizabeth was still a teenager, yet at 14, she delivered a speech to children displaced by the conflict and was made honorary colonel of a British army infantry regiment two years later.

In 1945 she joined the Auxiliary Territorial Service and spent a month learning to drive and maintain military vehicles.

“She stands above politics and over the nation,” Author Douglas Murray told Fox News Thursday. “During times of national crisis, it’s the queen we look to, and recently during COVID, her reassurances to the nation are what people wanted to hear.”

Murray then spoke of Elizabeth’s “stoicism, courage in face of adversity, and putting the country first.”

“Many around the world will recognize in those virtues something that’s passed to a great extent,” the Briton added. “But that still means an enormous amount to many of us.”

Elizabeth is survived by four children, eight grandchildren, and 12 great-grandchildren. Her eldest son, 73-year-old Charles, is now King of England.