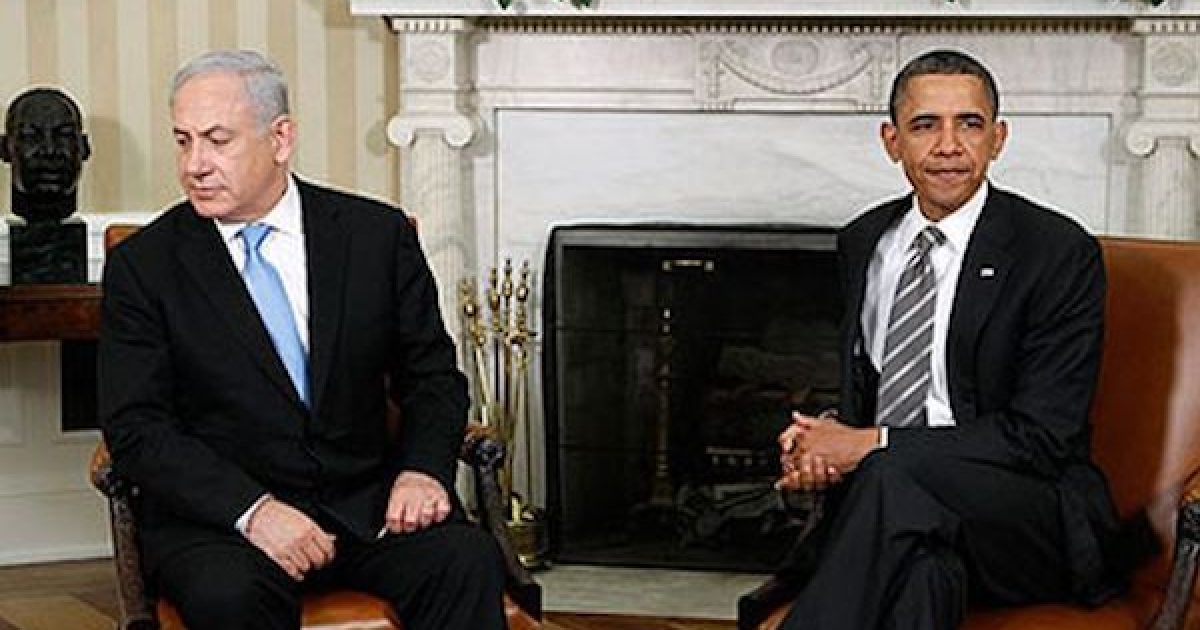 The criticism of comments made by White House Deputy Press Secretary Hogan Gidley made it is clear that some American Jews have forgotten the words of the late Zionist philosopher and leader Ze’ev Jabotinsky. In his famous essay, “The Iron Wall,” Jabotinsky wrote,

“It is incredible what political simpletons Jews are. They shut their eyes to one of the most elementary rules of life that you must not ‘meet halfway’ those who do not want to meet you.’

Traveling with President Trump to West Virginia last Tuesday, aboard Airforce One, Deputy Press Secretary Hogan Gidley held a press gaggle (an impromptu press conference where a video is not allowed). Per the official transcript, America’s relationship with Israel came up:

Reporter:  What evidence are you referring to when you say the U.S. is more beloved around the world?

Gidley:  That’s one, but I’m saying the relationships that we thought – that many people predicted we would have with other nations – the doom and gloom – was all over the place when the President was elected.  And instead, we’ve gone to grow those partnerships.  You’ve seen partnerships on air strikes in Syria, for example.

You’ve seen the relationship with Israel that is greatly enhanced because of this President.  It’s the only democracy in the region, and it was virtually thought of to be an enemy of the American people in the last administration.

So, I think he’s turned things around in a big way.  To be respected, and feared, and beloved again is what the – I think, the American people voted, and it’s what they got.

Reporter:      So, what did you just say was thought to be an enemy of the American people in the past administration?

Gidley:  No, I said, under the Barack Obama administration, many people though – yeah, that they almost viewed them as an enemy, it seemed like, in some ways with the way he treated Netanyahu.  And so, this President came in and changed the relationship.  It’s the only democracy in the region, and it’s important that we keep our partners and allies close and happy, and that’s what he did there.”

Despite the fact Gidley’s statement was accurate, some liberal Jews in the political community slammed him:

“This is a preposterous distortion of the facts, as stated clearly and on multiple occasions by both the Israeli and American leadership throughout the period in question. Distorting and denigrating the long record of US-Israel partnership is not an act of friendship.”

What Ms. Wittes didn’t mention is that America is Israel’s most important ally, therefore is no way Israeli official is going to publicly criticize the American president no matter who it is, especially when the relationship is so tenuous as it was under the Obama administration.

During the time Wittes was working at Foggy Bottom, Israel became the Obama administration’s public whipping boy. Below are some examples:

Perhaps Ms. Wittes is correct, Obama didn’t treat Israel as an enemy.  He treated Israel worse than an enemy. After all, the American negotiators didn’t walk out on the Iran negotiations, even after the Foreign Minister of the rogue nation refused to make concessions and screamed at John Kerry multiple times.

Just by those examples alone (there were many others) we can see that Tamara Cofman Wittes’ claim of a distortion of the facts was in itself a lie.

“This is a ridiculous and offensive remark that should be beneath a White House spokesperson. It is, of course, true that there were disagreements between the United States and Israel during the Obama administration on serious issues like the Iran deal and West Bank settlements. It is also true that during the same period, the security partnership between the two countries became dramatically stronger – with technology breakthroughs in missile defense and tunnel detection, Israel’s acquisition of the F-35, expanded intelligence cooperation and joint military exercise, and a $38 billion military aid package. That’s not how the United States treats an enemy.”

“Those, and many other accomplishments that benefitted both countries are also the joint work of Obama and Netanyahu. It should be possible to acknowledge the disagreements without downplaying them, which represent two allies whose interests heavily overlap but are not identical, without engaging in hyperbole or ignoring the many ways the relationship was enhanced. Anyone who is not motivated by trying to turn Israel into a partisan wedge issue would do so.”

But actually, it was Barack Obama who was trying to drive a wedge between Israel and the U.S. the “military aid” allowed Obama to continue demonizing Israel across the world while enabling him to claim he supported Israel to the pro-Israel political donors.

In his book “Ally: My Journey Across the American-Israeli Divide,” historian, and former Israeli ambassador to the U.S. Michael Oren revealed:

“From the moment he entered office, Mr. Obama promoted an agenda of championing the Palestinian cause and achieving a nuclear accord with Iran. Such policies would have put him at odds with any Israeli leader. But Mr. Obama posed an even more fundamental challenge by abandoning the two core principles of Israel’s alliance with America.

The first principle was ‘no daylight.’ The U.S. and Israel always could disagree but never openly. Doing so would encourage common enemies and render Israel vulnerable.”

(…) The other core principle was ‘no surprises.’ President Obama discarded it in his first meeting with Mr. Netanyahu, in May 2009, by abruptly demanding a settlement freeze and Israeli acceptance of the two-state solution.

Right after Mr. Gimley’s statement, Dennis Ross who worked for Pres. Clinton and Obama, and without a complaint worked for Bush #41 under the State Dept. stewardship of James Baker whose most famous lines was “F**k the Jews they won’t vote for us anyway.” Despite Baker’s animosity towards Israel and Jews in general, the Jewish Ross continued working for Baker

“Given the strong opposition by Democrats to [President Donald] Trump, Israel risks getting caught up in that conflict,” he added, “There will be a post-Trump US, and we’re seeing a huge gap in Democratic and Republican approval of Israel,”

“Israel risks a backlash because the Trump administration has caused such deep alienation among Democrats, so it’s essential that there is outreach by Israel to Democrats on all levels, be it national, state and municipal,” he said. “If you identify with only one party, sooner or later another party might come to power. Historically speaking, Republicans used to be tougher on Israel, so the pendulum swings.”

What is Ross suggesting? Israel should allow Palestinian terrorists attack her and kill Israeli civilians as many in the Democratic Party suggest?  Or should Israel demonize Jews as Keith Ellison Deputy Chairman of the DNC and much of the Congressional Black Caucus/Friends of Louis Farrakhan have? Perhaps Israel and/or American Jews should reward anti-Semites, the way Barack Obama did by honoring Bishop Tutu who complained that Jews think they own God, and Mary Robinson, the woman who organized the anti-Semitic Durban conference?  Perhaps Israel should use anti-Semites as advisors the way President Obama used Al Sharpton or appointing Chas Freeman.

Maybe Ross believes Israel should tell lies about American Jews the way that Barack Obama did. During the selling of the Iran deal, it was Obama himself who suggested that it was the Jews who pushed America into the Iraq war. At least according to William Daroff Senior Vice President for Public Policy & Director of the Washington office of The Jewish Federations of North America who tweeted during an Obama meeting with Jewish leaders on the deal, “Jews are leading effort to kill #Irandeal. ‘Same people opposing the deal led us into Iraq war,'” and, “Canard: Jews got us into Iraq War.”

Ross is correct that Israel and American Jews shouldn’t deliberately try and damage relations with the Democratic party. But neither should they reward the Democrats for the past decade of anti-Israel and anti-Jewish policies. We should not try to meet the Democrats half-way.   T

We also shouldn’t try to make Republican Party platforms less pro-Israel the way AIPAC did successfully in 2012 and failed to do during the 2016 convention. What we need to do is make the Democratic and Republican parties fight for our votes.

And yes when a President keeps his pro-Israel promises like Trump did by defending Israel in the United Nations, first recognizing Jerusalem as Israeli’s capital, then moving the American Embassy to Jerusalem, getting rid of Obama’s anti-Israel Iran deal and more, Israel should shower that President with praise and reward that president and party with votes.

Voters influence Candidates’ positions to some extent. Progressives have become the most critical voting bloc in the Democratic Party. While Israel and pro-Israel Democrats continue to vote for Democrats, the radical progressives have moved far away from supporting Israel. American Jews do more than meet those Israel-hating Democrats halfway.  They blindly vote Democratic whatever they do,  allowing the party leadership to sate the progressives by crapping all over Jewish State.

On the Republicans side, the reason many GOP candidates are pro-Israel is the evangelical vote that is a significant part of their base. But if the very pro-Israel evangelicals ever lose their influence in the party, unless American Jews start voting for some Republicans Jewish issues will become genuinely bi-partisan— both parties won’t care about them.

To avoid anti-Israel bipartisanship, Jews need to start voting for the other guys, not blindly but look at Republican candidates with an open mind.

The other thing the Jewish community has to do is stop financially supporting groups whose leadership blindly supports progressive politics and parties.  There are plenty of Jewish charities to give money to strongly urge my fellow Jews to donate to those groups instead of the blatantly political ones like the ADL, The Jewish Federation, The American Jewish Congress, The American Jewish Committee and any organization that uses donations to fund Democratic Party policies.

Only by shifting the Jewish vote at least partially, and moving our money away from Democratic Party organizations masquerading as Jewish ones will we be able to make BOTH parties fight for our support by backing Israel and other those issues relevant to the Jewish community.

Jabotinsky was correct, we shouldn’t meet the people who hate us half-way, we need for them to try and meet us.