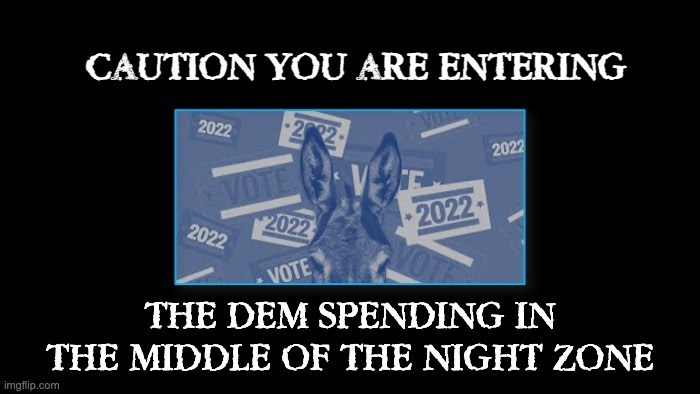 Early Wednesday morning, between 1 a.m. and 2:30 a.m., the House Appropriations Committee shoved through a $1.5 Trillion spending bill. They put it on their website but sent no notifications to lawmakers. The vote for the 2,741-page bill was set to take place at midday on Wednesday. No time to read it, no time to make amendments, no time to debate it. It was finally voted through in two pieces in a late-night session on Wednesday, after a kerfluffle within the Democrat party and Republicans over billions in Covid relief. Dems were all rushing to get to a retreat that had a Drag Queen performer. Priorities.

Pelosi claimed that the move wasn’t “late-night” despite the ridiculous hour because the vote was scheduled for “midday.” After she had to remove the Covid billions from the bill, it finally passed in two sections at 10 p.m. on Wednesday. Of course, Pelosi blamed Republicans for the hassle, when it was actually primarily members of her own Democrat party.

House Speaker Nancy Pelosi, D-Calif., announced that the COVID-19 spending would be removed from the package after rank-and-file lawmakers objected that it would be paid for, in part, by cutting previously approved pandemic assistance to their states.

“We must proceed” with the government-wide $1.5 trillion legislation because of the urgency of helping Ukraine and the bill’s spending for other programs, Pelosi wrote in a letter to colleagues.

“It is heartbreaking to remove the COVID funding, and we must continue to fight for urgently needed COVID assistance, but unfortunately that will not be included in this bill,” she said.

States apparently wanted their Covid money, even if they never used it for Covid.

Pelosi, however, spoke on the spending package in a press conference early Wednesday evening in which she blamed Republicans for the multibillion-dollar funding concession she had to make while chalking up Democrat-induced complications to “lively negotiation.”…

The objections and ultimate removal of that portion of the bill came after Rep. Jody Hice (R-GA) filed a motion to adjourn Wednesday morning, a timely enough process that it helped give way to the subsequent breakdown of the bill in its current state and its eventual need to be rewritten before coming up for a vote.

It used to be that you needed 72 hours to read a bill before voting on it. I guess Speaker Pelosi decided to disregard her own rule to shove this $1.5 trillion Omnibus through on less than 24 hours notice.

After my motion to adjourn, Democrats stripped the entire $15.6 billion of unnecessary COVID funding from their massive omnibus spending package.

This could be the most cost-saving MTA in American history! 🇺🇸

That “lively negotiation” nearly derailed any vote at all. Has to be the fastest rewrite of a bill that large in history.

The spending bill funds the Pentagon requests at $728.5 billion, including money for pay raises, new equipment, new weapons systems, aircraft and naval vessels, and the VA. The only thing removed from the bill was the Covid money. The bill also includes billions for Ukraine, billions for domestic programs, etc. etc etc. The more money they print, the more the money in your pockets will not go as far. The addition to our national debt is staggering. Welcome to recession central America. The government was set for a partial shutdown on March 11- tomorrow.