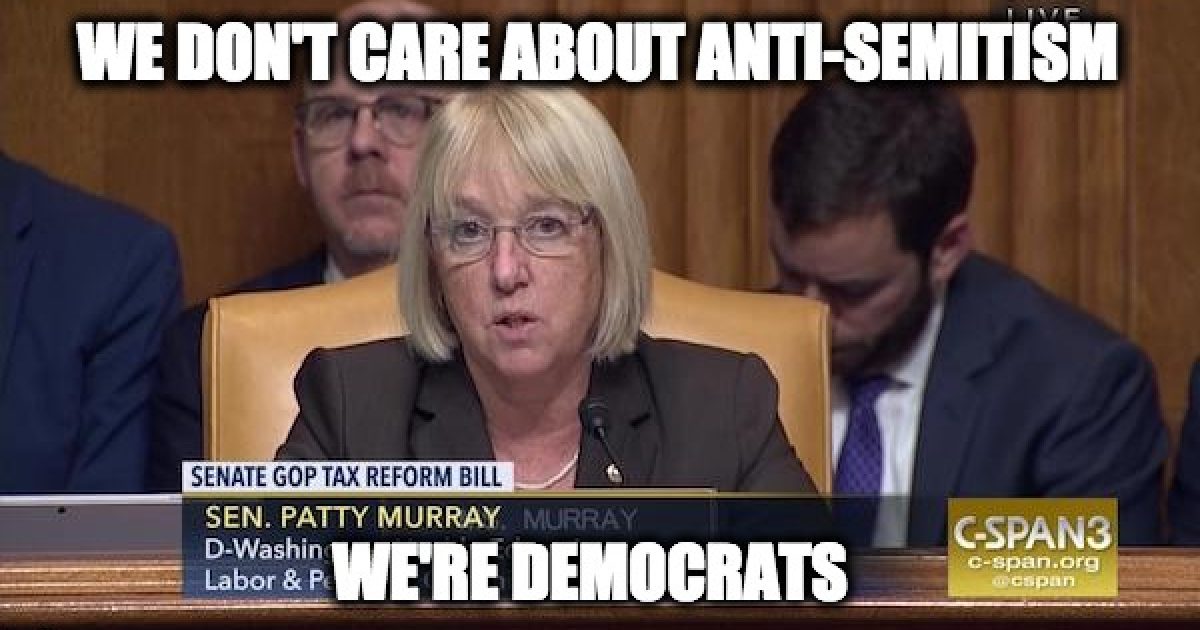 The HELP committee is evaluating the nomination of Ken Marcus for the position assistant secretary for civil rights at the Department of Education. Mr. Marcus has been subject to an aggressive slander campaign by leading anti-Israel groups seeking to kill his nomination because he has worked to combat the anti-Semitic boycott, divestment, and sanctions (BDS) movement on college campuses and is the founder of the Louis D. Brandeis Center for Human Rights Under Law, a pro-Israel group.

The BDS movement is anti-Semitic because it bases its attacks on fabricated tales of human rights violations, double standards, comparisons to apartheid South Africa, and false accusations of “war crimes.” Understand, this movement has just one purpose, to delegitimize Israel and to deny the Jewish people their right to self-determination. Both the U.S. State Department and Pope Francis have declared that denying that the Jews have the right to have their own state, is a form of anti-Semitism.

The Washington Free Beacon reports that, during a meeting on November 28 with Sarah N. Stern, a former colleague of Marcus and president of the Endowment for Middle East Truth, a senior adviser to Murray on the HELP committee told Stern the committee does not “care about anti-Semitism in this office.”

“We don’t care about anti-Semitism in this office,” he said.

Stern’s aide Jennifer Dekel confirmed the comments and said she was taking notes during the meeting.

Stern first addressed the comments revealing that Democratic members are not concerned about the anti-Semitic elements of the campaign against Marcus in an editorial for the Jewish News Service, published Tuesday. She provided the full quote to the Washington Free Beacon, saying she found the remarks “particularly egregious.”

Eli Zupnick, a spokesman for Sen. Murray, questioned the accuracy of the remarks attributed to the senior adviser, saying, “This is not an accurate quote and certainly doesn’t reflect the position of the office.”

The senior adviser did not immediately respond to request for comment.

The campaign against Marcus is being led by numerous anti-Israel groups, including the Arab American Institute, led by James Zogby who has referred to Israelis as “Nazis.” He has also described sitting members of Congress as “Israel Firsters,” an anti-Semitic charge that implies dual loyalty to the Jewish state.

“Zogby has two goals: to make Arab Americans more powerful than Jewish Americans and to be their preeminent leader,” Yehudit Barsky, a fellow at the Institute for the Study of Global Anti-Semitism and Policy, wrote in a profile about Zogby’s anti-Israel attitudes.

Another of the groups slandering Marcus is the National Students for Justice in Palestine (SJP), which has members who have openly celebrated murderers of Jews; and Palestine Legal, which has defended professors who have posted anti-Semitic comments online.  SJP is an extremist organization that maintains affiliations with Arab and Islamic terror groups, is overtly anti-Semitic, incites hatred and violence against Jewish students, and rejects the existence of the state of Israel in any borders. Jewish students on campuses across the United States have been victimized by anti-Semitic vandalism, verbal attacks, and outright violence at the hands of SJP members.

In Stern’s editorial details Marcus’s record on the U.S. Commission on Civil Rights and as the assistant secretary of education for civil rights under the George W. Bush administration, where he expressed commitment to “aggressively prosecute harassment” against students of all religions.

Stern also noted under Marcus, the Brandeis Center sent several letters to universities “decrying racism against Muslims and African-Americans on their campuses.” For instance, he wrote to the president of San Diego University in November 2015 denouncing an attack against a Muslim student, saying, “While our organization primarily addresses the rights of Jewish college students, we support the right of all students to be free from invidious discrimination.”

Marcus condemned the incident, in which a female Muslim student was grabbed by her headscarf and called a terrorist, as a “hate crime.”

“We are appalled by this act of hate, and we urge you to take immediate action by condemning this incident and announcing that hate crimes of any kind will not be tolerated at SDSU,” Marcus wrote.

“Does this sound like the sentiment of a racist or an Islamophobe?” Stern asked.

“Yet while I was recently talking about Marcus with a senior policy adviser to the Democratic ranking member of the U.S. Senate Committee on Health, Education, Labor and Pensions, the adviser interrupted me with the response, ‘We do not care about anti-Semitism in this office,'” she wrote.

Sen. Murray serves as the ranking member of the HELP committee.

Instead of refuting the hatred, Senator Murray has been quiet, perhaps because the praise she is recieving.

Palestine Legal, one of the anti-Israel groups targeting Marcus, has used the ranking member in its campaign against his nomination. The group, which is a leading activist for BDS, praised Murray for “grilling” Marcus during his confirmation hearing.

Marcus was scheduled for a committee markup last week, but it was delayed for scheduling reasons. He was originally nominated in late October, but his nomination was shelved into the new year.

The anti-Jewish attitudes of Murray’s staffer and much of the Democratic Party influenced by their voters to some extent. Progressives have become the most important voting bloc in the Democratic Party, they tend to be anti-Israel (just check out the last two DNC Platforms) and many of them are also anti-Semites. Why do you think that Keith Ellison is so popular in the party? Why Hillary Clinton’s anti-Semitic history didn’t damage her trip to the nomination?  Why do you think Jews like Jerrold Nadler and Adam Schiff ran to support Obama’s love affair with the Iranians?

This attitude is prevalent in the Democratic Party and rare on the GOP side.

The reason many GOP candidates support pro-Jewish issue is the evangelical vote is a major part of their base. But if the evangelicals ever lose their influence in the party, Jewish issues will be truly bi-partisan…. both parties won’t care about them.

There is only one way to avoid anti-Jewish bipartisanship.  First of all, Jews need to start voting for the other guys–not blindly but look at Republican candidates with an open mind. The other thing the Jewish community has to do is stop financially supporting groups whose leadership blindly supports progressive politics and parties.  There are plenty of Jewish charities to give money to…I strongly urge my fellow Jews to donate to those groups instead of the ones who blatantly support progressive causes, such as the ADL, The Jewish Federation, The American Jewish Congress, The American Jewish Committee and any organization that support the Conference of Presidents of Major Jewish Organizations.  Only by shifting the Jewish vote and moving our money away from Democratic organizations masquerading as Jewish ones will we be able to make BOTH parties fight for Jewish support by backing those issues important to the Jewish community.