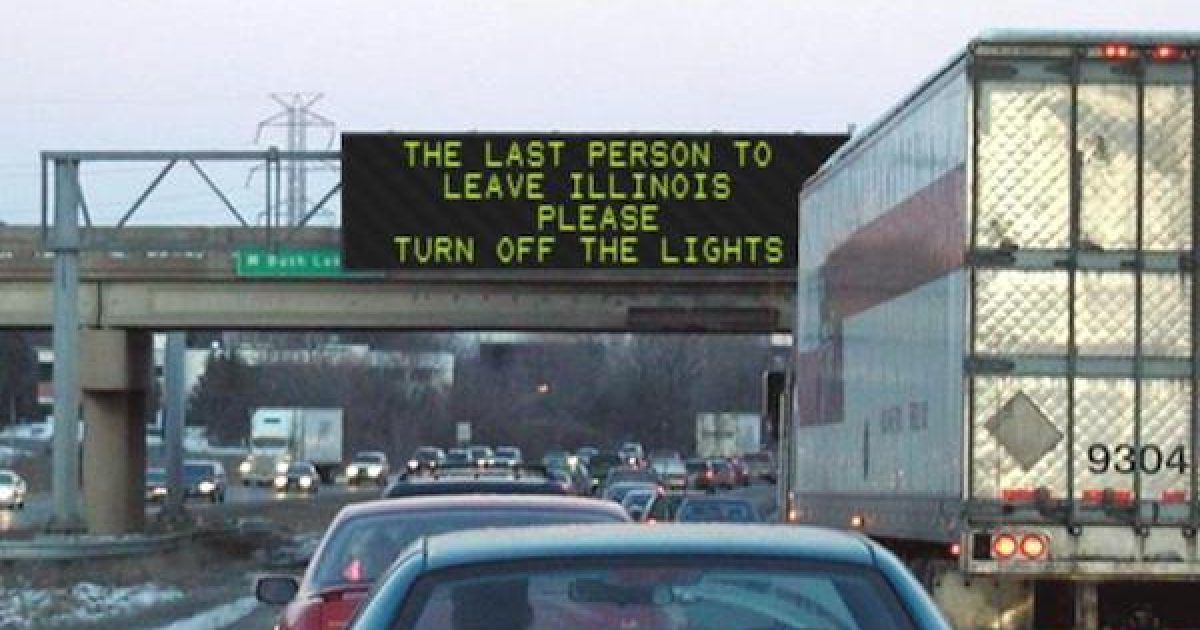 Several new reports find that America’s deepest blue states and cities are losing citizens by the millions as Democrats flee their failed socialist utopias for greener — or shall we say redder — pastures in the country’s successful, Republican-run states. But like rats bringing the plague everywhere they go, Democrats only bring their stupid liberal ideas and voting patterns with them setting the stage for ruining the very places they thought would be their refuge.

According to the latest United Van Lines year-end list, the top five states people are leaving is made up mostly of liberal, Democrat infested states. Of the top five worst states, only the last, Kansas, has a GOP dominated government. The other four Illinois (a state that usually tops nearly every metric that marks a failed state), New Jersey, New York, and Connecticut are all hopelessly Democrat.

Another liberal state that is losing citizens faster than it is gaining replacements is the failed state of California. A recent Mises Institute report showed that California, New York, and Illinois were losing more citizens to other U.S. states far faster than the rest of the country.

Indeed, a recent report by San Francisco’s CBS affiliate noted that people are leaving the Bay area in droves because no one who isn’t a billionaire can afford to live there due to high taxes and exorbitant property costs.

On the other hand, another study showed that the top five states Americans are moving into were nearly all Republican states. with Idaho, Washington State, Nevada, Tennessee, and Alaska topping the list — Washington being the only Democrat-dominated state on that list.

As an aside: oddly enough all of Canada is in outbound migration territory, too, and Canada has been dominated by left-wing loons for years now. Canadians may not be as dumb as everyone thinks if they are if they also fleeing their liberal dominated regions.

Then there are the deep blue cities that are losing citizens. Once again Illinois take top “honors” with Chicago figuring prominently in the losing category. Along with the Windy City are San Francisco, New York City, Los Angeles, Washington DC, Houston, Detroit, Dayton, and Milwaukee. Each is a Democrat infested s**thole.

So, the pattern is clear, here. People want to leave areas being destroyed by Democrat policies and they want to go where Republicans have kept taxes low, business thriving, and jobs growing.

But what happens when these people rightfully fleeing the failed policies of their blue homelands and reach the Edens that are Republican-controlled regions? They bring their stupid Democrat voting habits with them.

Soon enough, like Typhoid Mary, liberals begin spreading their disease and start bringing their idiotic ideas into their new states and begin destroying their new homes with their tax and burn policies. Soon enough the sanctuary state policy rears its ugly head, taxes will soar, welfare will rise, jobs will be lost, businesses will move, and people will become miserable like they were in those other places.

Chicago is a perfect example of this. The Windy City has been solidly controlled by blue corruptocrats for decades, but just to its northwest, DuPage County was always a solidly Republican area. But as Chicago continues to fail, more and more residents have left the city and moved to DuPage. Now that once proud Red region has become a mess of blue and the county is beginning to fail. Just for example, in the 1980s DuPage voted between 60 and 75 percent Republican in presidential elections. In 2016 it only voted 38 percent GOP. Indeed, DuPage only went 48 percent for Mitt Romney in 2012. This bluing of DuPage has been trending for at least a decade.

This is a perfect example of how Democrats infect their new homes and slowly destroy what made those places so attractive in the first place. The sad story of the decline of DuPage County, Illinois, is exactly the same whenever Democrats go.