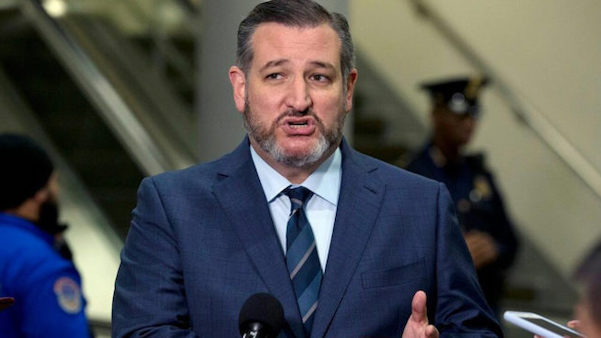 Senate Minority Leader Chuck Schumer thinks he’s a slick old billy goat. Still, he’s no match for Texas Sen. Ted Cruz, who blocked Schumer’s resolution to honor the recently deceased Justice Ruth Bader Ginsburg after he tried to slip in some language that would emphasize honoring her “dying wish” not to be replaced until after the inauguration. democrats add RGB’s wish

Hey, you know, we all make dying wishes. Most of us don’t get to see them come true. That’s just a part of life.

Truth be told, we don’t even have proof that was her dying wish.  Maybe her dying wish was that the cancer went away and she got twenty more years.

Here’s more on this from the Daily Wire:

“Republicans came to us with this resolution, but it ignored Justice Ginsburg’s dying wish — what she called her ‘most fervent wish’ — that she not be replaced until a new president is installed. So we simply have added it to the exact same text of the resolution that the Republicans gave us,” Schumer said on the Senate floor.

“All the kind words and lamentations about Justice Ginsburg from the Republican majority will be totally empty if those Republicans ignore her dying wish and instead move to replace Justice Ginsburg with someone who will tear down everything she built,” Schumer continued. He singled out abortion, gay marriage, union rights, and healthcare as the main issues he fears will crumble under a Trump-appointed justice.

“Specifically, the Democratic leader wants to add a statement that Justice Ginsburg’s position should not be filled until a new president is installed, purportedly based on a comment Justice Ginsburg made to family members shortly before she passed,” the Texas senator added.

Ginsburg supposedly dictated to her granddaughter that her “most fervent wish is that I will not be replaced until a new president is installed.”

This, of course, has been used by Democrats to attempt to prevent President Trump from appointing a new nominee to the vacant seat and giving conservatives the edge in the Supreme Court.

“That, of course, is not the standard,” Cruz went on to say. “Under the Constitution, members of the judiciary do not appoint their own successors.”

Cruz later said that perhaps they add a statement that points out how Ginsburg was also totally against court stacking. This strategy has been seriously considered by Democrats if the GOP goes through with replacing her.

“Justice Ginsburg would easily see through the legal sophistry of the argument of the junior senator from Texas. To turn Justice Ginsburg’s dying words against her is so, so beneath the dignity of this body,” Schumer said.

Here’s to hoping the GOP stuffs that SCOTUS appointee right on through and that whoever the pick turns out to be, they are dedicated to their principles and upholding the original intent of the Constitution.