Dan Crenshaw Slams Dem. Who Called Him Racist For Not Wanting Illegal Aliens to Vote 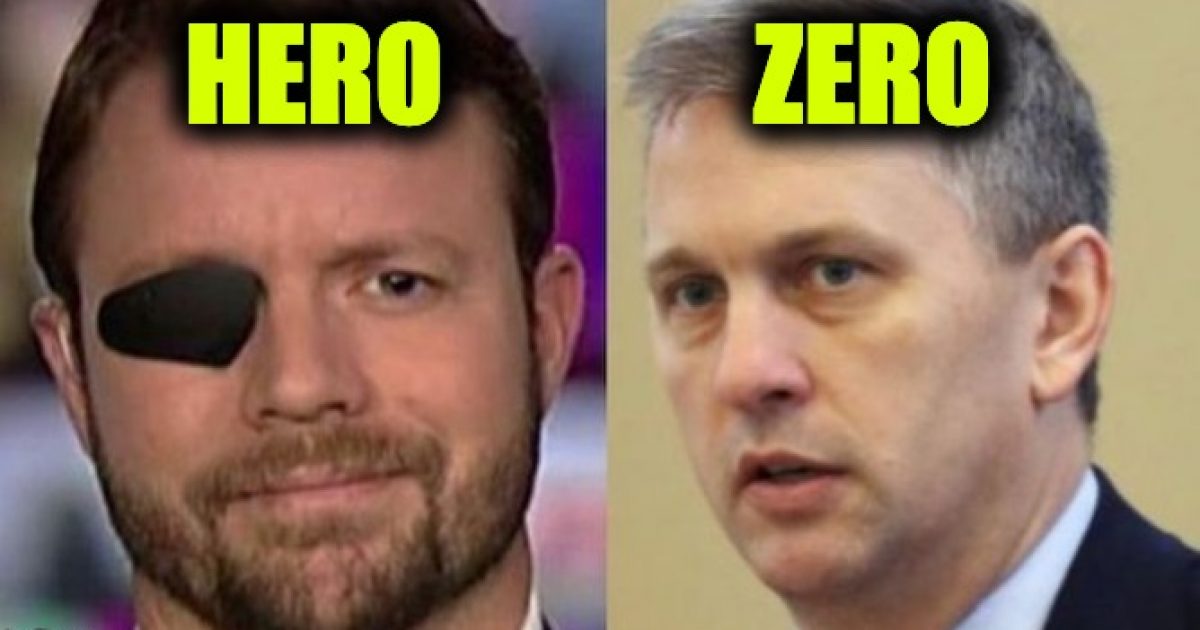 Texas congressman Dan Crenshaw responded to comments from Democrat Rep. Sean Casten after the former called him “a racist” for not wanting to give illegal aliens the right to vote.

Casten was asked a question regarding Rep. Ilhan Omar’s (D-MN) history of blatant anti-Semitic comments, then somehow performed a mental gymnastics move for the ages, turning it into a commentary on Crenshaw using a typical liberal strategy—If you don’t have a good answer blame someone else.  If you still don’t have a good answer call your opponent names. Like the time Eric Bohlert of Media Matters called The Lid an anti-Semite.

He then pivoted to who he thought qualified as a white supremacist – Crenshaw, a war hero who served 10 years as a Navy SEAL and was awarded two Bronze Stars, a Purple Heart, and the Navy Commendation Medal with Valor.

Casten began his verbal attack by mocking Crenshaw’s war injuries and status in the military, referencing an amendment to a resolution that would prevent illegal immigrants from voting.

“The last amendment on the floor that day … came from Dan Crenshaw, the new Republican, the Navy SEAL with the eyepatch,” Casten chided.

Casten then proceeded to explain that preventing those who disregard the sovereignty of a nation’s borders from voting in that same nation’s elections is actually racist.

“He [Crenshaw] came up with an amendment to say, ‘We’re going to add a rider on this bill that says that illegals can’t vote.’ And I sat there and I said, ‘You know what? You’re not allowed to vote if you’re not a citizen.’ … Why are you doing that?” the Democrat recalled.

“The reason you’re doing that is because you are a racist. Because you are trying to appeal to people who will vote for you if you stand up and oppose brown people.”

A constituent asked @SeanCasten about anti-Semitic comments from Ilhan Omar. He responded by saying @DanCrenshawTX is a racist.

Really? So this idiot Sean Casten believes that when Dan Crenshaw served in combat end even lost an eye, he was only doing it to protect white people?  Does Casten know that Dan Crenshaw went to High School in  Bogotá, Colombia? Or that he serves Texas’ Second Congressional district where the majority of voters are of a minority group

Crenshaw, never known to be a man who simply takes the unhinged left’s ridiculous attacks lying down, fired back at Casten.

“When you can’t articulate a coherent argument, you resort to calling your political opponents racist,” Crenshaw posted on social media. “Can’t say I’m surprised. Just another day in Washington with the Democrat Party.”

That first sentence perfectly encapsulates the Democrat party. They have zero coherent arguments in their arsenal on any given topic, so they resort to calling Republicans and conservatives ‘racists’ or ‘Nazis.’

Crenshaw continued to shred Casten’s attempt at being the slightly more feminine version of AOC?

When you can’t articulate a coherent argument, you resort to calling your political opponents racist. Can’t say I’m surprised. Just another day in Washington with the Democrat Party. https://t.co/Ua4twNq1kn

Crenshaw, who lost his eye during his third tour of duty in Afghanistan and still went back for two more tours, wasn’t about to let up on Casten.

“We’ve seen this desperate and immature strategy time after time from the Democrat Party,” Crenshaw said according to The Daily Wire. “The strategy is simple: when you disagree with someone during a policy debate, resort to calling your opponent a racist.”

“Rep. Casten, we’ve never met, we’ve never talked. I’ve never insulted you,” Crenshaw said. “But instead of articulating a policy position, you resort to petty name-calling, which is a good indication you can’t defend your argument with any sort of intellectual vigor. This is Congress — it’s our job to debate — but please leave your smear tactics at home next time.”

So, Crenshaw says illegal, and Casten automatically jumps to the conclusion that the word illegal means “brown people.” Sounds to me like Casten is the racist in the scenario. Typical Democratic ultra-liberal double standard.

Casten previously made headlines when he made another effort to sound like the feeble-minded ‘Squad,’ comparing President Trump to Osama Bin Laden.

“In many ways — and I don’t mean to sound overly, I don’t know, hyperbolic on this,” Casten said at a campaign event in February of 2018. “Trump and Osama Bin Laden have a tremendous amount in common.”

Casten was endorsed by Barack Obama in 2018 – after making those comments – and went on to win a seat in the U.S. House of Representatives later that year.