Is Fredo Cuomo Coming Back To TV? 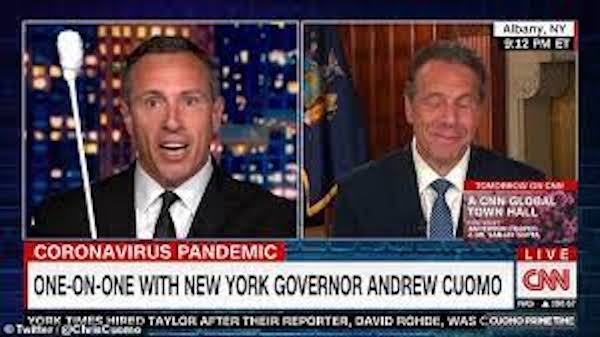 Last week we learned that former NY Governor, sexual harasser, and killer of old people, Andrew Cuomo hinted he would try to run for political office again. No political strategist would touch him with a ten-foot pole.

Now his brother, the left-wing biased Chris “Fredo” Cuomo, who was fired by CNN, is looking to get back on TV.

As far as anyone can tell, the split between CNN and Chris Cuomo was about as ugly a split that you’ll see on television, at least outside of some trashy dating show, maybe set on an island somewhere.

Cuomo was dropped from the network despite being their #1 primetime anchor because of several sordid scandals he was involved in. The most damning of these involved his now-disgraced brother, the former Governor of New York Andrew Cuomo, and Chris’ willingness to use the media relations tools at his disposal to attempt to save the grope-y governor.

Since then, Chris Cuomo has made it known that he and CNN ended on poor terms, with the former host suing the network for millions of contractually-obligated dollars.

This week, Cuomo tried to drop a somewhat cryptic threat at the network, but it sounded like a mix between a motivational poster and a C-grade college freshman’s most profound thought.”

Former CNN anchor Chris Cuomo sent a cryptic tweet about his future on Tuesday, possibly indicating that he could seek a return to the news industry after he was fired by the liberal network last year.

“The people who tried to bury you did not know you are a seed,” Cuomo tweeted in response to a fan declaring there is a void without his coverage.

Cuomo’s firing had some collateral damage from the start.

WarnerMedia’s third-party probe into CNN’s handling of the “issues” associated with Chris Cuomo and his big brother found that Cuomo, Zucker and fellow CNN executive Allison Gollust all violated company policies related directly to news. Zucker was forced to resign in February for his role weeks after he fired Cuomo, and Gollust exited the company later the same month.

Cuomo appears to have had a better writing staff while working at CNN.