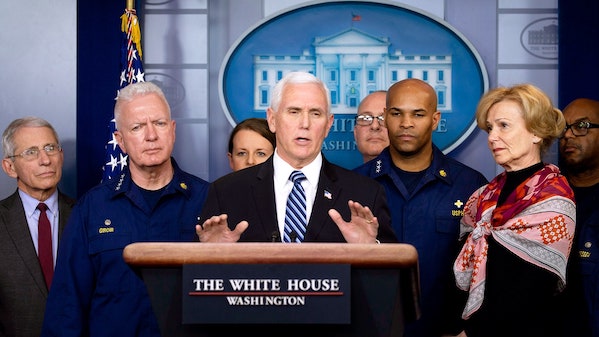 CoronaVirus is changing our lives constantly, and being stuck at home is boring.  Faced with a worldwide pandemic and a fear unknown in scale in modern times federal, state, local governments are adjusting their response daily or sometimes a few times a day. While most levels of government are being open (and ruining what’s on TV) we won’t know if those responses are successfully blunting the outbreak for a few weeks. Truth be told won’t know what is right or wrong until the crisis is over and we find out if the curve is flattened. However,  we do know now is that there are many people and organizations of which Americans should be proud. Americans have a history of pulling together in a crisis and that’s what we are doing. critical of virus response

Does Macy’s tell Gimbel’s? That was an expression about competitors not working together or share business secrets years ago when Macy’s and Gimbel’s were department stores located one from each other in Manhattan. Last week we learned that because of this health crisis, competitors are working together in a way not seen before.

Competitors Walmart and Target, CVS and Walgreens, have all volunteered part of their parking lot real estate for drive-through COVID-19 testing. Having worked with many of those retailers in my marketing days, I can report that they usually charge big dollars for companies to use their parking lots for promotions. In other words, volunteering their spaces is a big deal.

America should show pride for the F.D.A., which went around their standard procedures to fast track approval for the Roche Labs rapid CoronaVirus test, which provides answers in an hour or two as opposed to the usual day or two. The rapid test will enable more people to be tested faster.

After meeting with the President, competitors LabCorp and Quest agreed to allow more of their sites to provide CoronaVirus testing, first to the outbreak areas of Washington State and California, and by now across the country.

On Sunday, President Trump held a conference call with food industry executives to discuss how they’re managing the growing crisis. According to reports, the administration and food industry agreed about ways “stores can stay open and stocked.” They promised the President that they would continue to have staple items for the public.

“Open-24 hours” supermarket chains will be cutting back on hours. Stores that offer “sampling” will be cutting back on giving out product, and some such as the giant Texas chain H.E.B. said they would ensure that they had enough product for everyone by limiting the amount of each product customers can purchase. Other stores are setting aside hours just for Seniors, those most likely to be seriously affected by the virus. Although it may still be too late for toilet paper.

The toilet paper thing is something hard to understand, growing up whenever there was a crisis, my folks would rush to the supermarket and buy milk and bread. What is this obsession with getting a lifetime supply of toilet paper? 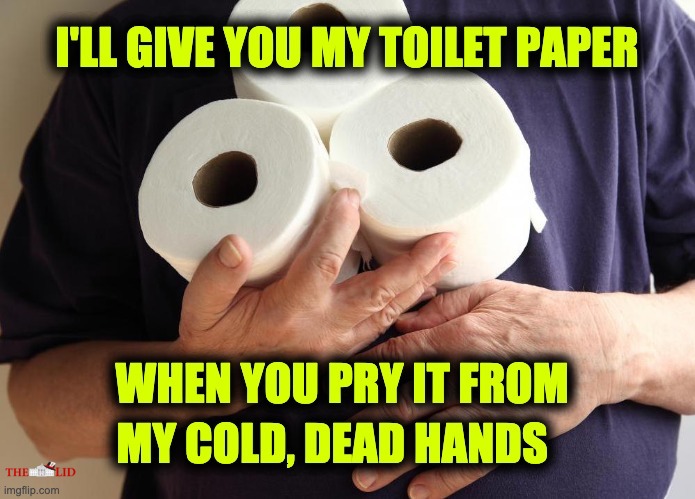 This crisis has also gotten politicians to work together. For the past three years, it seems the only thing congressional Democrats and Republicans have agreed on was taking a recess. However, seeing the breadth of this crisis, House leaders of each party negotiated and passed a sweeping bill in only a few days to soften the economic blows resulting from the pandemic. It included $1 billion in food aid, extended sick leave, and unemployment benefits to effected Americans. From a political perspective, the content of the bill is not as relevant as the fact that it passed with a bipartisan 363-40 vote, proving that our politicians can work together.

On the technical side Alphabet, the parent company of Google has been working with the Administration. On Monday, Verily, which is a sister company of Google, launched a website that will allow users to plug in their symptoms and be directed to testing sites if necessary. The site, known as Project Baseline, is limited to California residents for now and will be rolled out nationally as soon as it’s ready.

Many of us have lived through other crises, September 11, 2001, for example.  However, there has never been a time where the private sector and the public sector have worked together like this to end a crisis.  And there is no other country in the world where that can happen. Americans should be proud of the companies above that are adjusting, and in some cases donating real estate, not for profit reasons but helping out America in a crisis.  The House of Representatives and this week, the Senate worked together and with the Administration not to gain a political advantage but to aid Americans who might find themselves losing pay thanks to the virus.

Despite what some pundits had claimed, the Administration has been on top of CoronaVirus since the beginning when the President ordered a temporary ban on travel from China on January 31. Heath related bureaus such as the C.D.C. and F.D.A. have been working non-stop to manage COVID-19 and “flatten the curve.” In other words, stopping the pandemic from reaching peaks like Italy and China.

The next two months or so will also be pretty boring. The kids will be home from school, restaurants are closing or doing take-out only, movie theaters are closing down, every single major sports league has canceled or delayed their seasons, concerts were canceled, etc.

We are going to have a recession, albeit a much shorter one than the one that began in 2007. The economy won’t pick up until the quarantines are over, and people are allowed to go out freely and spend again. But before the virus hit America, the economy was robust. Know that when the virus wanes, the economy will come back even stronger than before because the trade deals negotiated by the Administration will start to kick in.

America is going to have a very tough spring.  But rather than criticizing, we should be celebrating. The U.S. is the only country where rather than dictating,  a President will negotiate with private industry and convince them to do the right thing. It’s a country where politicians who have been fighting tooth and nail, will cooperate in a crisis, where an administration and a federal bureaucracy will work overtime to flatten the curve of a health crisis.

A message from me and my dad, @Melbrooks. #coronavirus #DontBeASpreader pic.twitter.com/Hqhc4fFXbe

We should all be proud because America always pulls together in a crisis, and even though we are being told to stay at least six feet away from each other, this crisis is no different.  It is way too early to figure out what steps were the right ones and to criticize the wrong.  But what we do know is that our government, politicians, corporations, and citizens are working together to fight CoronaVirus and that cooperation will get us over the hump, and should make us all [including Mel Brooks] very proud.