You Won’t Believe The Latest Crazy Indictment By Mueller 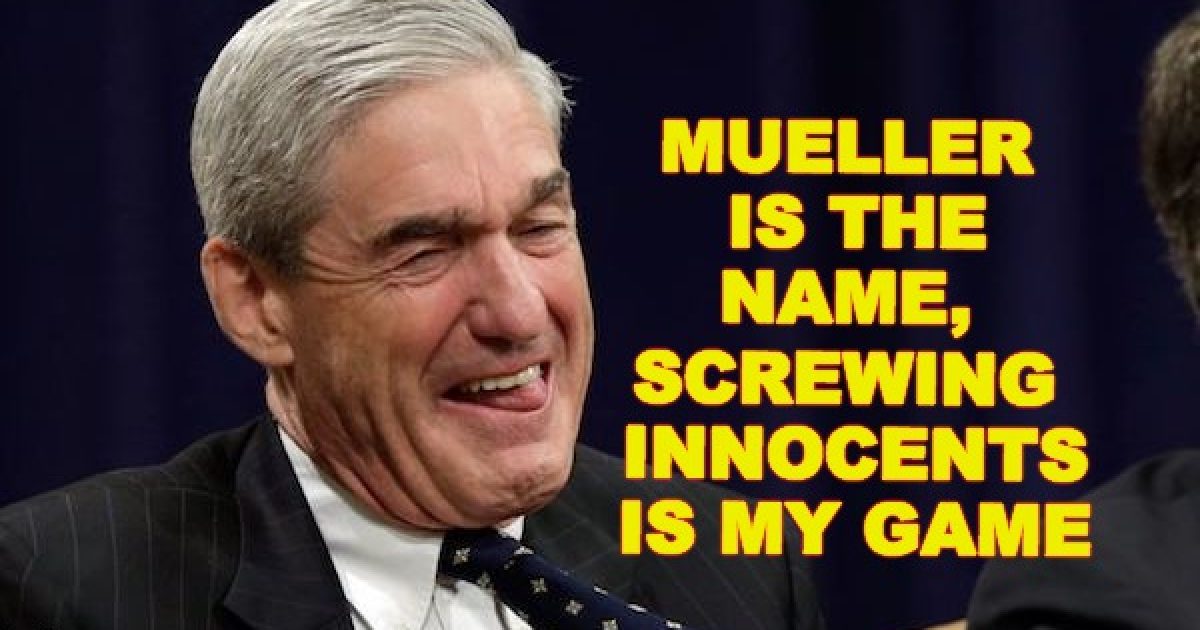 It seems that Robert Mueller’s probe into allegations of Russian collusion during the 2016 election is falling apart at the seams.  According to court transcripts, one of the Russian companies Mueller accused of funding a conspiracy to meddle in the election was revealed in court to not have existed during the time period alleged by his team of prosecutors, said a lawyer representing the defendant.

“What about Concord Catering?” Harvey asked Dubelier. “The government makes an allegation that there’s some association. I don’t mean for you to – do you represent them, or not, today? And are we arraigning them as well?”

“We’re not,” Dubelier responded. “And the reason for that, Your Honor, is I think we’re dealing with a situation of the government having indicted the proverbial ham sandwich.”

“That company didn’t exist as a legal entity during the time period alleged by the government,” Dubelier explained. “If at some later time they show me that it did exist, we would probably represent them. But for purposes of today, no, we do not.”

I’ve heard of casting a wide net, but this is ridiculous.  I’m surprised Mueller doesn’t try to indict his underwear because he is repeatedly tripping over it.

The Judge brings up Concord Catering, saying the gov’t alleges an association with Concord Mgmt.

The gov’t has “indicted the proverbial ham sandwich.”

“That company didn’t exist as a legal entity during the time period alleged by the gov’t.” pic.twitter.com/XiRG2OMa4M

Ryan Saavedra explains: “The term ‘indict a ham sandwich’ is believed to have originated from a 1985 report in the New York Daily News. At the time New York Chief Judge Sol Wachtler told the news publication that government prosecutors have so much influence over grand juries that they could get them to ‘indict a ham sandwich.’”

It’s long past time for this witch-hunt to be shut down.