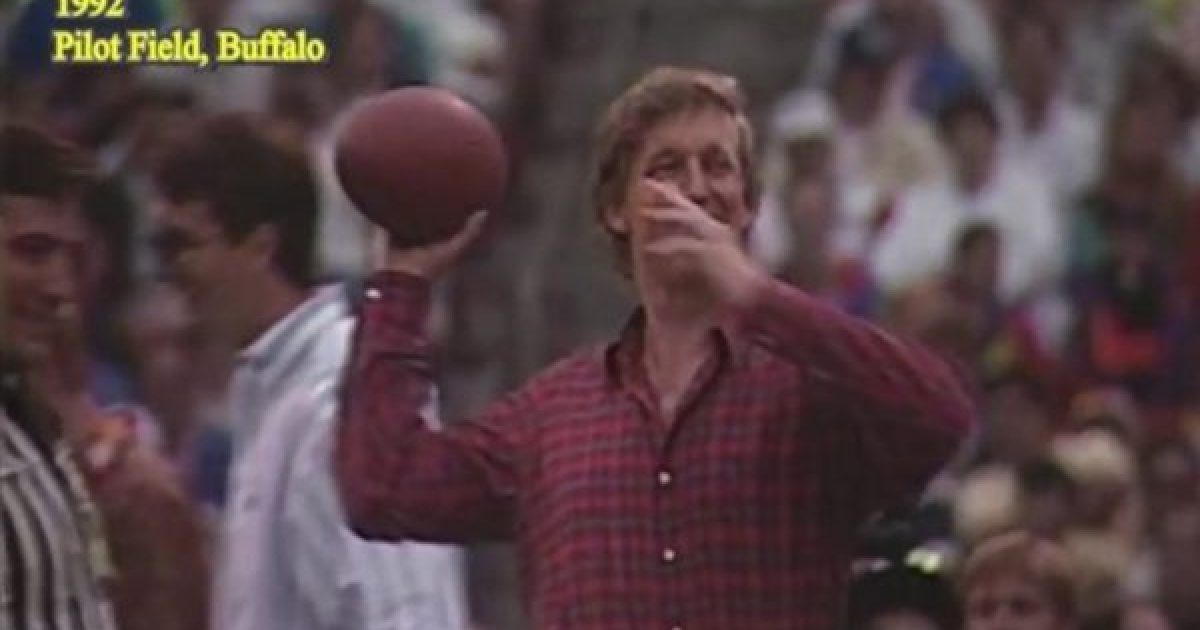 You can spend your life having your feelings jerked around by Trump – or not.  It’s up to you. This especially applies to fans of NFL players who disrespect America

The preternatural genius of “Trump,” the phenomenon, is that so much of what he does forces us to cut our own crap.  In that way, he’s really good for America.  The entire world should be so lucky.

I’m not saying he controls the phenomenon he induces, or that he manipulates us.  Rather, the communication tactics that come naturally to him reveal the inconvenient truth about situations and reveal us for who we are.

If you believe in a provident God, perhaps you will consider the possibility that He is letting Trump do this because we need it.  We’ve been sinking into the quicksand of triangulating, virtue-signaling self-righteousness for too long.  Instead of genuine character, we celebrate the mouthing of empty, usually scornful, often cynically amoral platitudes.  Worse, we participate in Two-Minute Hates against our fellow men, and actually, call it virtue.

There are no political sides to this delinquency – and no class or race sides either.  It isn’t virtuous, period, to hate on other people.  It doesn’t become virtuous when you direct it at white people or the “bourgeois” middle class, any more than it is virtuous to direct it at black people or “globalists.”  If you’re running around demanding that other people be denounced by name, group identity, class, race, whatever, you’re not virtuous.  You’re wrongheaded, self-marinated in misery, and promoting societal suicide.

NFL players who refuse to honor America’s symbols as a way of denouncing the police (or, apparently, white people) are in that wrongheaded category.  So are those who make excuses for them.  (Note: see Howard Portnoy’s post from earlier on Trump’s comments at the rally for Luther Strange last night.)

In the fall of 2017, the businesses of the NFL and sports broadcasting are taking a big hit because of it.  If players in the NBA and MLB start doing the same thing in noticeable numbers, those sports are going to take big hits too.Those are just first-order hits: the ripples will affect the viability of college and K-12 sports, all of which – not just the professionally marketable sports – depend on the pro sports profitability model.  If you kill the NFL, you’ll be killing opportunities in school sports for both women and men, boys and girls.  It’s not the wealthy communities or families you’ll be affecting by closing off the sports pathway to financial and social success.  It’s the poor kids in the inner cities and rural hinterlands.

And that’s aside from all the other good that many pro sports players do, through general community involvement, when their talents and hard work find a match in the opportunity for a unique form of success.

Now, ask yourself this.  Would anyone really listen to a lecture in measured tones from the president about this topic?  Very few.  If they did listen, they’d forget it five minutes later.

To get people’s attention, it takes the bluntness Trump brings to his political incorrectness.  The hysterical backlash against his comments on Friday night about the NFL players and owners is due to the fact that he has just knocked this situation for a loop. 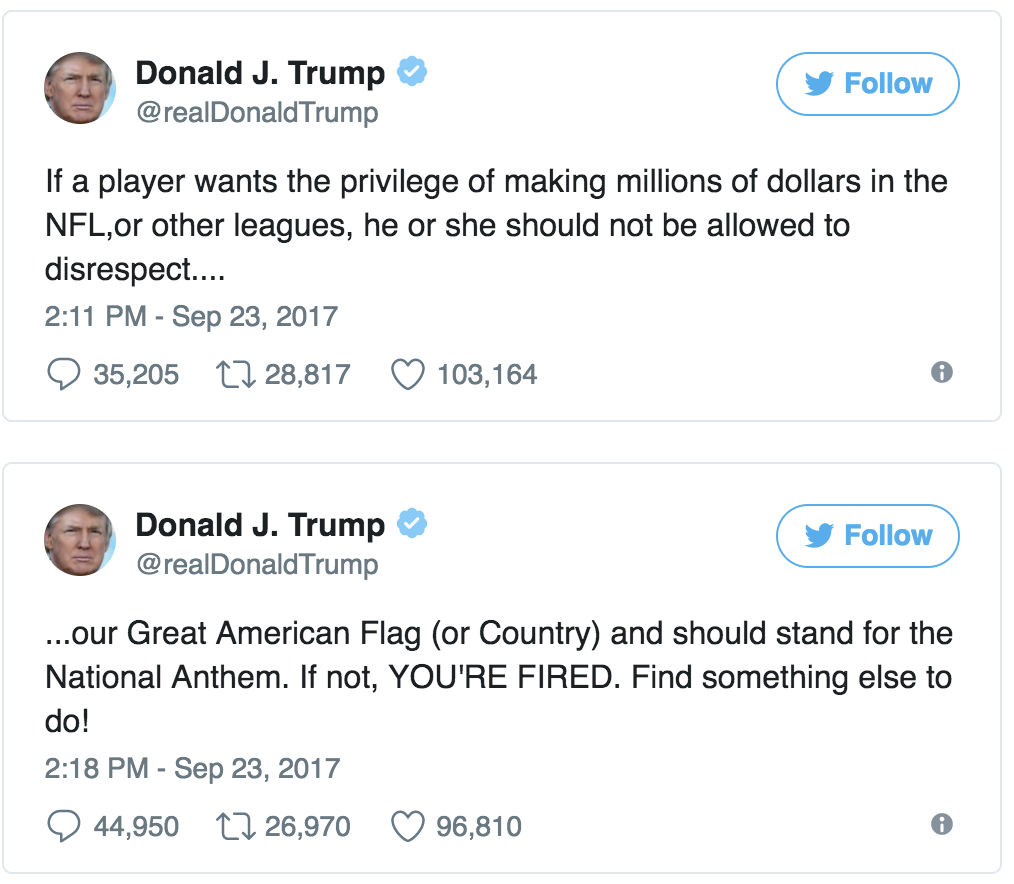 The owners have obviously been lying to themselves for weeks now, clinging to the hope that the situation will adjust itself.  Hey, the fans will come back.  The players will eventually give up on their political displays on the field, or maybe they’ll at least wise up and find some form of display that isn’t so offensive to the fans.  The revenue stream will stop going the wrong direction.

And mainly, the NFL owners won’t have to be the bad guys and tell the players to cut it out.  Stasis will somehow reestablish itself without anyone having to confront anything, or stop virtue-signaling or angling for the totally unassailable position where no one can criticize him.

But it keeps getting worse.  So Trump has stepped in, and by taking a side against the behavior – of both the owners and the players – has highlighted that that’s where the problem lies.

That’s what’s got everyone so wee-wee’d up.  It’s been exposed that there is no comfortable stasis, and no pageant of righteousness playing out before us.  There’s just a bunch of rich, privileged guys acting like big babies, on both sides of the conference table, while their sports business goes down the drain.  And instead of acknowledging the whole truth about the situation, including the business and community influence truth, the pundit class is also acting like big babies, taking political sides and engaging in a playground nyaah-nyaah contest.

What they all hate about Trump’s move is that now the owners and players have to do something.  Trump has stirred the pot, and there won’t be any establishing a new normal with half-empty stadiums and players somewhat misbehaving.

Now it’s going to get worse – or better.  It will be up to the NFL.  But it can’t stay the same.  They’ve been called out.  I’m hopeful that, after they caterwaul for a bit, they’ll cowboy up and git ‘er done.

Without a trenchant rhetorical volley from Trump, the situation probably would have just kept circling the drain at a leisurely, decorous pace.  Now it won’t.  And yet the government doesn’t have to do anything.  That’s the remarkable thing about the Trump phenomenon.  Don’t try it at home.