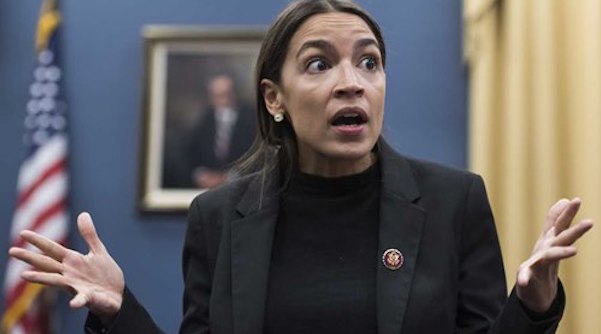 Soleimani has been linked to the murder of well over 600 Americans.

Trump “recklessly assassinated Qassem Soleimani” and “there was no raw evidence presented that there was an imminent threat,” Jayapal claimed, despite evidence of past and impending attacks having been planned by the Iranian general.

“I was in the same briefing as you, @RepJayapal, and this is absolutely false,” Rutherford lashed out on social media.

“You and your squad of Ayatollah sympathizers are spreading propaganda that divides our nation and strengthens our enemies.”

I was in the same briefing as you, @RepJayapal, and this is absolutely false. You and your squad of Ayatollah sympathizers are spreading propaganda that divides our nation and strengthens our enemies. #Iran https://t.co/iJJfZAtOTp

Pointing Out the Obvious is Racist

Ocasio-Cortez (D-NY) leaped to Jayapal’s defense with the only argument she knows how to make – that any criticism of her or her ‘squad’ is racist.

“I find it highly amusing that my coworkers angrily yell stuff like this and then clutch their pearls and cry when they are called out for their racism,” she wrote.

Rather than clutch his pearls or cry, Rutherford (R-FL) fired back in brutal fashion.

“It’s honestly pretty simple. [The President] eliminated a dangerous terrorist,” he wrote. “If you don’t want to be called an Ayatollah sympathizer, don’t sympathize with the Ayatollah.”

Ah, but even the most simple of concepts are difficult for AOC plus three (or four with Jayapal) to understand.

If you don’t want to be called an Ayatollah sympathizer, don’t sympathize with the Ayatollah. https://t.co/6DSEO5y9NG

They Are, In Fact, Ayatollah Sympathizers

Aside from Jayapal’s comments that Soleimani – again, a man with the blood of hundreds of Americans on his hands – was the victim of an assassination, other ‘squad’ members have come to his defense.

Ocasio-Cortez herself called the defensive actions of the President an “act of war” and suggested he had engaged in “war crime(s).”

Somebody in the media with integrity (if there’s anyone left) should ask AOC if she believes Soleimani engaged in war crimes, then watch her tap dance her Ayatollah sympathizing little mind around that response.

The dead soldiers at the hands of the Ayatollah & #Soleimani are of every race, religion & socioeconomic background.

This isn't about race.

It's about justice for 100s of Gold Star families & ensuring there are no more deaths at the hands of a terrorist & human rights abuser. https://t.co/e0XuXVkQX4

Earlier this week, former Ambassador to the United Nations Nikki Haley said: “The only ones that are mourning the loss of Suleimani are our Democrat leadership and our Democrat presidential candidates.”

Representative Doug Collins followed that up by claiming Democrats are “in love with terrorists.”

The sad part is, every one of these comments is accurate. No false smears of ‘racism’ are going to change that fact.