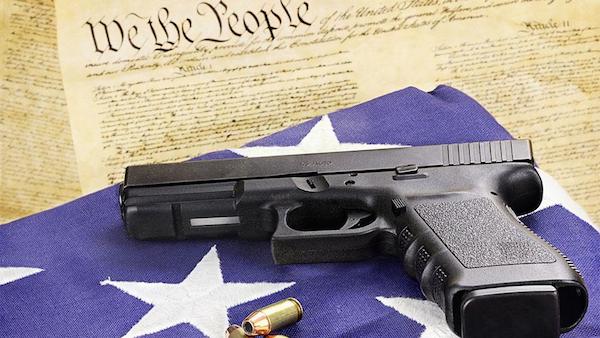 In a major win for liberty, the D.C. Circuit Federal Court Of Appeals has just handed down an opinion affirming the fact that the 2nd Amendment includes the right to carry a firearm in public. In a split 2-1 decision the majority reasoned that Washington, D.C.’s “for cause” regulation basically amounts to a gun ban in the city.

Current D.C. law requires that a citizen has a “good reason” for getting a concealed carry permit,” which would essentially allow them to carry a gun in public. However, since it is the anti-Second Amendment Washington DC  makes the decision whether or not a person’s reason is a good one,  they can reject almost any request.

D.C. Circuit Judge Thomas Griffith wrote the majority opinion striking down the law for the court and was joined in his opinion by Judge Stephen F. Williams.

In his opinion, Griffith explains that throughout Western legal history the right to “keep and bear arms,” afforded law-abiding citizens the right to own firearms for the protection of their home (the keep part) and to carry those firearms out into public to serve as protection outside the home (the bear part).

Griffith stressed that carrying a gun in public is indeed a “core” aspect of what the 2nd Amendment stands for and therefore Washington, D.C.’s “for cause” regulation was unconstitutional because the citizens don’t need to provide the city with a “cause” in order to carry.

Here’s some of what Griffith wrote:

The “core” or “central component” of the Second Amendment right to keep and bear arms protects “individual self-defense,” McDonald v. City of Chicago, 561 U.S. 742, 767-78 (2010) (internal quotation mark omitted), by “lawabiding, responsible citizens,” Heller I, 554 U.S. at 635— though subject to certain “longstanding” regulations that limit the Amendment’s scope, such as bans on possession “by felons and the mentally ill,” id.

That definition shows that the Amendment’s core must span, in the Court’s own words, the “right to possess and carry weapons in case of confrontation”…

Those same sources attest that the Second Amendment squarely covers carrying beyond the home for self-defense. Most of the relevant nineteenth-century cases, for example, assume the importance of carrying as well as possessing. Each puts another crack in the District’s argument that carrying was peripheral to the right protected by the Amendment…

“And with these cases off the table, the remaining cases speak with one voice” on the Amendment’s coverage of carrying as well as keeping arms. Peruta, 742 F.3d at 1174. Under Heller I’s treatment of these and earlier cases and commentaries, history matters, and here it favors the plaintiffs. The District retorts that self-defense in public must fall outside the Amendment’s core protections because the Amendment was codified in order to keep Congress from eliminating state militias, a purpose that doesn’t require allowing people to carry guns in times of peace. But again, it was Heller I’s central holding that the reason for the Amendment’s passage did not narrow the sweep of its protections. See 554 U.S. at 598-600. Whatever motivated the Amendment, at its core was the right to self-defense. Id. at 630.

Please make sure to read the entire opinion (embedded below)  because Griffith offers a fascinating history lesson (and a just as fascinating legal lesson) to support his opinion.

John R. Lott, Jr. of the Crime Prevention Research Center praised the decision and noted that it could become a significant turning point in American history.

Right now, there are about 124 concealed handgun permit holders in D.C., Lott told Fox News. “If D.C. were like the 42 right-to-carry states, they would have about 48,000 permits.  Right now D.C. prevents the most vulnerable people, particularly poor blacks who live in high crime areas of D.C., from having any hope of getting a permit for protection.

Judge Karen Henderson, who dissented, provided a legally feeble defense for her dissent. Henderson argued that Washington, D.C.’s unique security concerns should provide them the leeway to keep their citizens from owning guns.

Sadly, for Henderson, the Constitution (nor the Bill of Rights) contain any clause giving some cities the ability to ignore the God-given rights of their citizens.