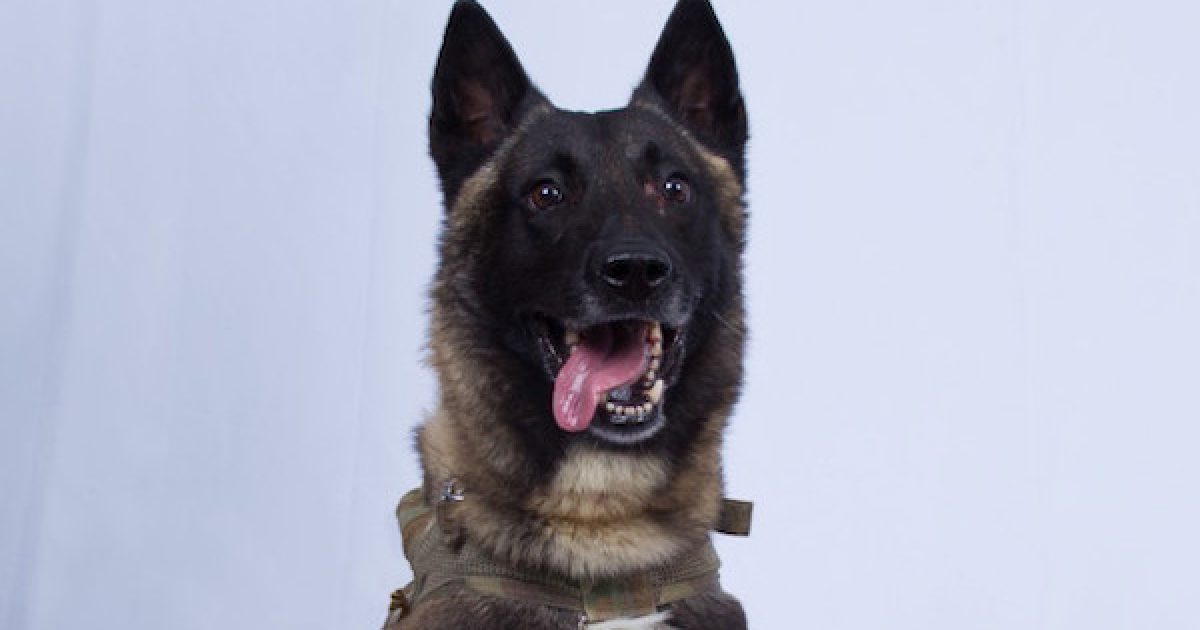 President Donald Trump is expected to honor a top K9 military a Belgian Malinois next week at the White House, Conan the dog. Congratulations to Conan! America is deeply divided along party lines, but I think we can all agree that this is one handsome pooch.

We have declassified a picture of the wonderful dog (name not declassified) that did such a GREAT JOB in capturing and killing the Leader of ISIS, Abu Bakr al-Baghdadi! pic.twitter.com/PDMx9nZWvw

Multiple human Purple Heart recipients and combat vets who’ve worked closely with K9 troops told The Post that they were outraged by the snub — saying courageous canines like Conan were the reason many of them are alive.

“Do I believe Conan should receive a Purple Heart for actions on target? Absolutely,” said Michael Bollinger, a former Army Ranger now studying computer science at Columbia University. “They’re out there with us every step of the way.”

And people can have a loyal pooch for their very own.

The amount of people looking to adopt retired American military dogs is surging after news spread this week that a military dog played a key role in the special forces operation to take out ISIS leader Abu Bakr al-Baghdadi.

President Trump tweeted a photo of the Belgian Malinois dog, Conan, on Monday, which added to the already rising interest in applications to adopt military dogs, according to at least one retired military dog adoption advocacy group.

“The military dogs are really getting a lot of recognition right now, which they should,” President of U.S. War Dogs Association Ron Aiello told Yahoo Finance’s YFi PM. “Back when we had taken out Bin Laden, everyone wanted to adopt a Belgian Malinois [dog] and the same thing is happening now.”

Aiello, a former dog handler for the Marine Corps during the Vietnam War, launched his organization to help drive advocacy for retired military dogs that had decades ago been euthanized after service. Now, his organization helps heal and line up adoption opportunities for America’s retired military dogs, which can cost the U.S. around $50,000 to procure, train, and ship to the field. More

A forever home isn’t too much to ask for a dog who served his country. These dogs are well taken care of with a long line of people who want them. They all deserve a good life and a loving forever home after serving our country.