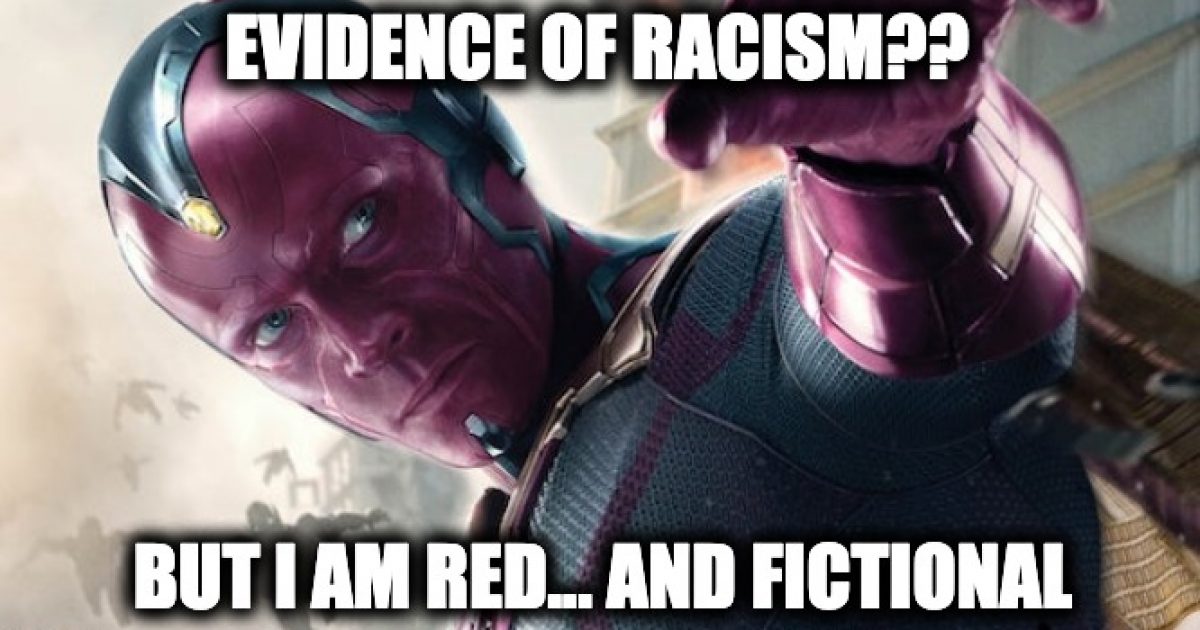 Once again, CNN shows how devoid of facts it really is with a story exclaiming that robots with white exteriors must somehow mean that robot makers are “racist.”CNN was totally serious reporting on a “study” that claimed that white robots are examples of white supremacy. Have you ever noticed the popularity of white robots? ” CNN exclaimed in its August 1 news article. Have they ever noticed the popularity of robots of all colors?

Of course, you know what these dopes would say if robots were made with black exteriors? They would say that it is an example of “enslaving” robots and an example of white people trying to recreate slavery. Because, you know, literally everything is racism to these fools.

On its tweet, CNN used a photo of a NASA robot manufactured all in white plastics.

Have you ever noticed the popularity of white robots? The reason for these shades of technological white may be racism, according to new research. https://t.co/PHJHO91VtA

The NASA robot pictured is the R5 Valkyrie which the space agency has slated for work on the surface of Mars.

However, the robot built by NASA is not white because of the racism inherent in its engineers, but because of the scientific requirements for the machine’s tasks, such as heat resistance and the like. The color black absorbs heat and white reflects heat. That’s one of the reasons that golfers generally wear a light color on a hot day.

Regardless, CNN insisted that robots in reality and popular science fiction are white because of the racism inherent in human society. “The reason for these shades of technological white may be racism, according to new research,” CNN intoned.

The article cited a study entitled “Robots And Racism,” conducted by the Human Interface Technology Laboratory in New Zealand. The study insisted that “people perceive physically human-like robots to have a race and therefore apply racial stereotypes to white and black robots,” CNN said. “The bias against black robots is a result of bias against African-Americans,” lead researcher Christoph Bartneck insisted. He also told CNN, “It is amazing to see how people who had no prior interaction with robots show racial bias towards them.”

The researchers were startled by their findings and insisted that the “racialized” robots could lead to problems for robots that “are supposed to function as teachers, friends, or carers.”

CNN added, “Run a simple Google Image search on the term “robot.” You won’t see a lot of color, as pointed out in the study.” “The researchers see this overrepresentation of white robots as potentially harmful to the perception of other races,” CNN exclaimed.

“Human-shaped robots should represent the diversity of humans,” Bartneck sermonized.

Many robots in the movies are not white, Transformers are all different colors, the same can be said of the robots in the animated movie Robots.  Vision from the Avengers is red, Ultron, RoboCop, and the Sentinels of X-Men are silver. The Robin Williams character in Bicentennial Man, C3PO of Star Wars and Dot Matrix in Spaceballs are gold. Those are the first ones that come to mind.

I’m not saying there are no white robots in popular culture,  But for CNN and the people who wrote the analysis basing their analysis on popular culture and say the most robots are white, is simply nonsense. They don’t even count the fact that House Democratic Caucus who robots controlled by Nancy Pelosi are people of all skin colors.