CNN Has Gone And Done It Again! 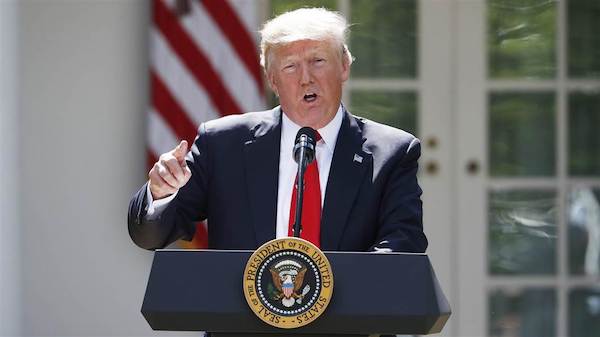 CNN has done it again, they’ve saddled the facts with an interpretation that has nothing to do with the truth. As someone who lives close to the part of Suffolk County where MS-13 is killing and maiming our youth, I can vouch for the fact that the vast majority of the community was pleased with the President’s visit last Friday assuring the locals that MS-13 days were numbered. However, according to one CNN commentator, President Trump made the speech to appeal to white nationalists. If that was really the case, President Trump was in the wrong place as Brentwood, the town where he made the speech is 69.4% Hispanic, and 13.5% non-Hispanic Black.

Of the Democratic schemes to delegitimize President Donald Trump, their incessant insistence that the President is a supreme racist may be their most prevalent.  We’ve heard countless tales of hatred and bigotry surrounding our Commander in Chief since he announced his candidacy, all stemming from the propaganda echo chambers of the liberal left and their mainstream media lap dogs.

“’But there is a political move here to highlight … people who aren’t white, I think minorities, and to feed part of this really white nationalist, political support of Donald Trump,’ she said. ‘And if this overstates, I think, what the real problem is, we have violent crimes and criminal gangs here in the United States as well full of white people … This really wasn’t a law and order speech in that sense. This … really had a political undertone.’

The problem is MS-13 isn’t attacking “whites,” nationalist or not. At least here on Long Island, they are attacking Hispanics, Blacks and other minorities. The President came to Suffolk County to tell the local minorities that he had their backs.

However, the Panel on AC 360 didn’t understand, possibly because they have never been outside of their own newsrooms because as Hoover made her false charge legacy media reporters like the Washington Post’s Philip Bump bobbed their heads up and down in approval.

As with many of the President’s proposed policies, there is nothing more to this choice than simply enforcing the laws that already exist in America; laws that have been debated, installed and debated again over the decades.  This opposition by the leftists in the Mainstream Media such as CNN is nothing more than a feeble piece of the so-called “resistance” movement that threatens to divide the nation irreparably.

Watch Hoover’s words on the video below