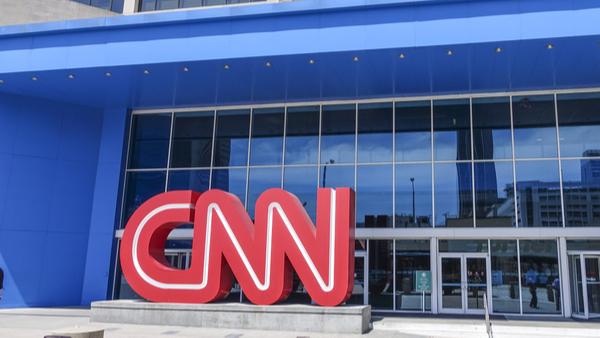 If there is one thing that the liberally biased mainstream nitwits do well, it is the exploitation of unjust death and wanton destruction to push their agenda.

So, of course, they were back at it this weekend as London reeled from an all out assault on the sanctity and peace of the city.  In the attack, which took place on the iconic London Bridge, terrorists sped a van into a crowd, leapt from the vehicle, and began a violent stabbing spree that continued for 8 minutes before authorities arrived.  When the deed was done, 7 were pronounced dead with scores of others injured, while ISIS in the middle east celebrated.

With the gruesome and gory scene still fresh in the minds of the world’s citizens, one host on left-leaning CNN took the opportunity to lambast the U.S. President, piggy backing off of these dead Londoners to attempt a shallow jab at Trump.

“Following the terrorist attacks in London on Saturday night in which the attackers were shouting ‘This is for Allah!’ according to two eyewitness accounts interviewed by BBC, CNN host Reza Aslan, referred to President Donald Trump as a ‘piece of sh*t.’

“Responding to a tweet from the president which urged courts to reinstitute his so-called ‘travel ban’ executive order that simply temporarily halted immigration to the United States from seven countries identified as hotbeds of terrorism, Reza Aslan, who in April wrote an op-ed on the CNN website explaining why he’s a Muslim and who hosts Believer about religion religions around the world, was triggered.

Aslan’s decision to make the London attack all about his own petty grudge with the President is possibly one of the more telling, and embarrassing moments that CNN has had in recent months.  Given the nation’s strong conservative uprising, and the newfound transparency with which CNN touts their leftist upbringing, the nation is slowly coming to the realization that the network does not represent the unfiltered news programming that they are purported to have invented.

Furthermore, there is a sick anti-morality message coming from the democrats and their progressive kin these days, in which malleable millennials minds are being indoctrinated with the idea that your emotions should dictate your professional behavior.  Aslan, surprisingly, is a journalist at times, but not when he’s using social media to profanely hijack the death of 7 people in London to insult his President.