Chuck Schumer’s Claims About Price Of Gas Are Low-Octane 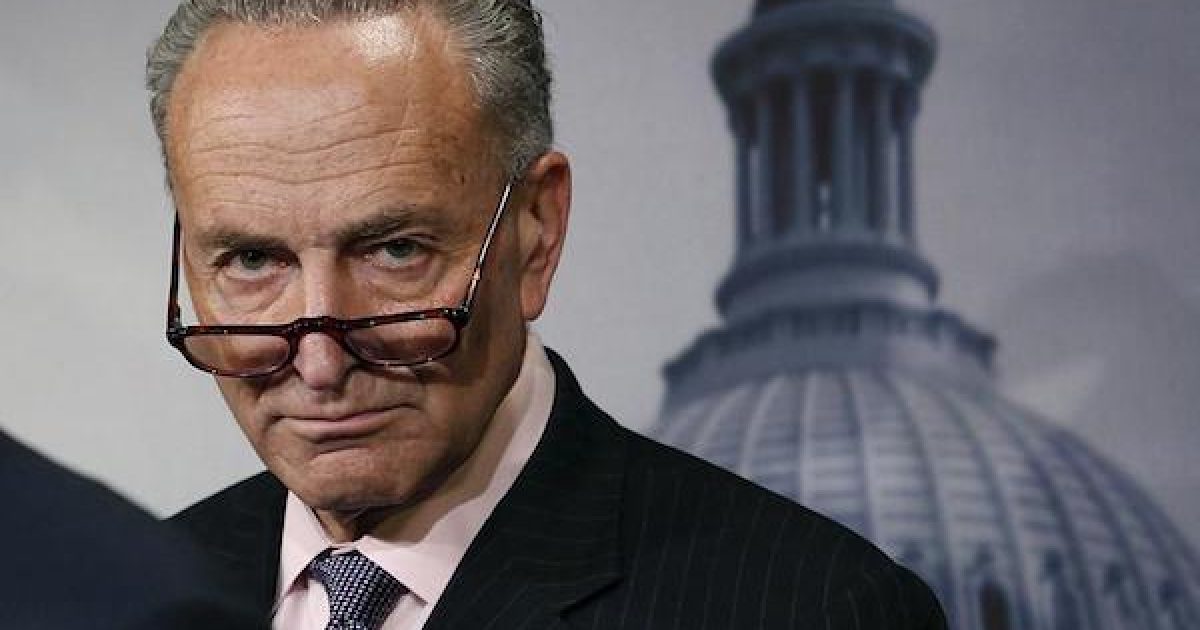 Senate Minority Leader Chuck Schumer evidently hasn’t visited a gas station this year. If he had, he’d realize that his recent diatribe against the oil industry is based on a complete fiction.

During a recent television appearance, Sen. Schumer lamented that “gas prices are sticky. You know when the price for oil goes up on the markets, it goes right up, but it never goes down.” New York’s senior senator further claimed that big energy companies are stifling competition to keep prices high.

These assertions are patently false, as anyone who has refueled his vehicle or paid a utility bill lately can attest. Our domestic energy boom has resulted in some of the lowest gasoline and electricity prices Americans have seen in decades.

American energy production has surged in recent years thanks to hydraulic fracturing and horizontal drilling. These technologies have enabled energy companies to harvest oil and natural gas from America’s numerous underground shale rock formations. As recently as 2010, America trailed both Saudi Arabia and Russia in oil and gas development. Today, the United States is by far the largest producer of these fuels.

The nation’s energy dominance isn’t likely to subside anytime soon. A new report from the U.S. Energy Information Administration projects that domestic crude oil production will break all previous records in 2018, averaging 9.9 million barrels per day — a nearly 100 percent increase from 2008 levels. And the United States is producing so much natural gas that it became a net exporter for the first time in April, according to the International Energy Agency.

The massive increase in American production has broken OPEC’s stranglehold on the oil market and helped drive down crude prices from over $140 per barrel in 2008 to less than $50 per barrel today.

Gasoline prices, which closely track crude oil prices, have plummeted too — contrary to Mr. Schumer’s claims. In 2016, a gallon of regular gasoline cost only $2.15 on average. In inflation-adjusted terms, gasoline hadn’t been that cheap since 2003.

Motorists continue to enjoy low gasoline prices. Roughly a quarter of gas stations nationwide currently sell fuel for less than $2 a gallon. In early August, the average price of a gallon of regular gasoline was only $2.32, compared to $4.11 in July 2008.

A couple of dollars a gallon may not seem like much to Mr. Schumer, but it’s life-changing for average Americans. Between 2008 and 2014, household gasoline expenditures fell by nearly 18 percent. They continued to fall the following year, saving American motorists $115 billion between 2014 and 2015 — about $550 per driver, according to AAA.

Natural gas prices have similarly plummeted. Power plants use the fuel to generate electricity. Utility companies currently pay just over $4 per thousand cubic feet of gas. In July 2008, they paid over $12. That’s why residential electricity costs fell for the first time 14 years in 2016.

It’s remarkable that this unprecedented drop in energy costs has somehow eluded Mr. Schumer. After all, it was 11 years ago that he urged President George W. Bush “to reduce skyrocketing prices at the gasoline pump by tapping the Strategic Petroleum Reserve.” Back then, Mr. Schumer identified America’s reliance on foreign oil and gas as “one of the great problems America will face in the next quarter century.”

We’ve since solved that problem — not by selling off strategic assets, but by tapping America’s rich shale oil and gas deposits. Mr. Schumer’s slander against the oil and gas industry is unfounded and undeserved. These companies have delivered hundreds of billions in savings to regular Americans and freed us from our energy dependence on volatile foreign governments.