Is China Fast Tracking A Taiwan Takeover, Or Reacting To Biden Gaffes? 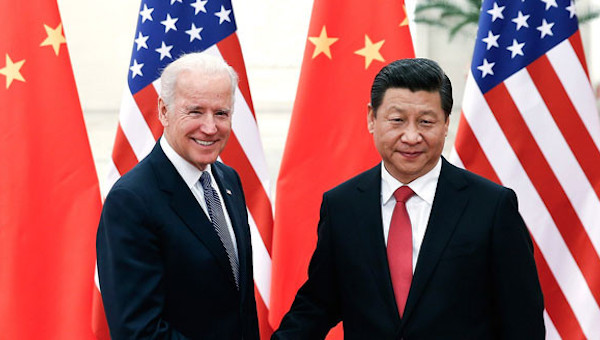 On Sunday, Chinese President Xi Jinping made a speech that Secretary of State Blinken interpreted as a decision to speed up its takeover of Taiwan. But Blinken may have interpreted it wrong; Xi may have been reacting to a series of gaffes about China and Taiwan made by President Biden.

During a speech at Stanford University in California, Secretary of State Bliken claimed. China has made a decision to seize Taiwan on a “much faster timeline” than previously thought,

Blinken’s statement was made after Chinese President Xi reiterated his intent to take the island by force if necessary. Not necessarily a policy change, but the fact that it was made in public was meant to ramp up pressure on Taiwan and the U.S., which he no longer respected because of Biden’s constant shows of weakness.

At the Communist party congress on Sunday, Chinese President Xi Jinping made a speech that included the following:

“We will continue to strive for peaceful reunification with the greatest sincerely and the upmost effort, but we will never promise to renounce the use of force, and we reserve the option of taking all measures necessary. The wheels of history are rolling on towards China’s reunification and the rejuvenation of the Chinese nation. The complete reunification of our country must be realized and it can without a doubt be realized.”

Blinken saw Xi’s words as a “fundamental decision that the status quo was no longer acceptable and that Beijing was determined to pursue reunification on a much faster timeline.”

But there’s another possible reason for Xi Jinping’s aggressive words—President Biden. At least four times since he became President, Biden made comments indicating a change in U.S. policy on the China/Taiwan issue. The latest gaffe was at the end of Sept. when he said on 60 Minutes:

President Joe Biden said this week that the United States would defend Taiwan if China invaded, appearing to break with the US government’s stance of “strategic ambiguity” on the island.

His comments came in an interview that aired Sunday evening, when a 60 Minutes correspondent asked the president if US forces would defend Taiwan.

“Yes, if in fact there was an unprecedented attack,” Biden responded.

That answer signaled to China that the U.S. is ending its longtime policy of “strategic ambiguity” (being intentionally ambiguous on specific aspects of its foreign policy).regarding the U.S. willingness to defend Taiwan. In this case, the ambiguity prevented the two superpowers from backing themselves into a corner leading to war.

As often happened during the past year and a half, as soon as the 60 Minutes interview was over, someone in the administration walked back Biden’s comments. This time it was National security adviser Jake Sullivan’s turn. Sullivan walked back Biden’s statement. He claimed Biden “was answering a hypothetical and that there was no change in policy.”

But the 60 Minutes interview wasn’t the first time Xi saw Biden promise to defend Taiwan, and each time someone in the administration walked back the comment:

Biden first made the gaffe in an August 2021 interview with George Stephanopoulos, in which he listed Taiwan among America’s closest allies that we would be willing to defend. He made the statement again during a CNN town hall in October, saying the U.S. has a “commitment” to defend Taiwan against an attack. And then, in May, he repeated the statement  saying the defense of Taiwan is a “commitment we made.”

Perhaps President Xi Jinping’s words did not indicate that a China invasion of Taiwan was imminent. Perhaps it was a message to  President Biden that despite the walk backs, we don’t trust you. Biden’s consistent gaffes on this issue signal that the U.S. is changing its longtime policy.

IMPORTANT: if you like this post, please share its title and URL with your friends and any social media sites compatible with the content of the post… The Lid is free and will remain so. But keep in mind it’s reader traffic that makes The Lid attractive to advertisers.  Revenue from advertisers helps to fund the maintenance of the site, the latest journalism software, research, etc. …So please help The Lid produce the best content possible.