Why Liz Cheney Had to Go

It Is Clear That Cheney Cares More About Earning Praise From Nancy Pelosi And The Corporate Press More Than She Cares About Fighting To Save Our Country From The Democrat’s Socialist Agenda. 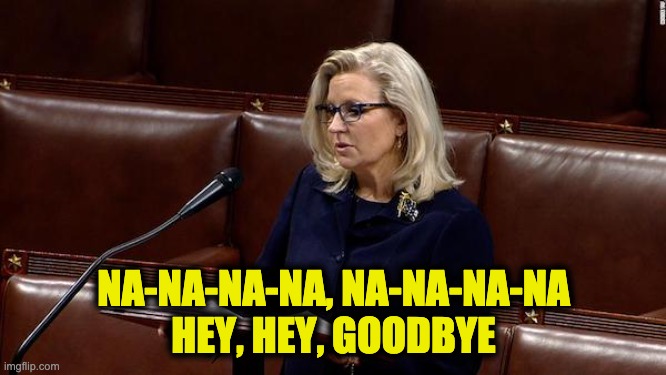 Three-term Congresswoman Liz Cheney (R-Wyo.) is not fit to lead our party because she embodies the arrogance of the beltway elite and personifies the disconnect that we too often see from GOP leadership in Washington and the rank-and-file Republican voter. In addition, because she is so fixated on a perceived threat from President Trump, she is blind to the actual threat right in front of us, the Biden-Schumer-Pelosi socialist agenda.

As the daughter of former Vice President Dick Cheney, she has spent almost her entire life in the D.C. bubble, a place where ambitious people crave above all else the approval of those in power. Consider the curious choice of where Cheney chose to place a recent guest column in which she makes her case for keeping her job as the  Chair of the House Republican Conference, the Washington Post, the ultimate D.C. establishment media outlet. That one fact speaks volumes about her worldview.

Having spent more than a decade in conservative political communications in D.C., I can tell you that the Washington Post is not the place conservatives go to speak to their base. It is the place conservatives go to pander to D.C. insiders. In her father’s generation, the Post and the New York Times were really the only game in town, so everyone pandered to them to some degree (Ronald Reagan being the exception). But today, conservatives have so many other media outlets and platforms to reach their voters that it makes no sense to court the Post’s readers.

Unless those readers are, in fact, your base. Which, it turns out, for Cheney, they are. A new poll by YouGov found that Cheney is disproportionately supported by Biden voters, liberals, east coasters, and the wealthy, in other words, the readers of the Washington Post. The poll shows Trump voters oppose Cheney by a margin of greater than two to one (56% to 17%), and Biden voters support Cheney by a margin of 45% to 33%. Cheney has support from 39% of liberals versus 20% of Conservatives and 38% of Democrats versus 20% of Republicans. Americans in the Midwest and West and those earning lower incomes disproportionally reject Cheney.

According to an analysis of the polling data by the conservative Market Research Foundation, “Status quo globalists and the mainstream news are attempting to frame the Cheney vote as radical conservatives taking over the Republican Party.  The reality is, the vote to strip Cheney of her powers elevated the will of the American people and certainly conservatives. Cheney is one of several leftover Republicans clinging to power and pushing a globalist agenda that a majority of Americans oppose. There will be more of these battles on the right as conservatives shed the remaining globalists in their ranks, and that is a good thing.”

YouGov’s polling is backed up by what reporters from Reuters found on a recent visit to Cheney’s home state of Wyoming.

“…an unlikely coalition of traditional Republicans, independents and Democrats — about one third of the voters interviewed — said they would likely vote for her, a floor of support that could keep her hopes alive for re-election.

“Wyoming law allows residents of any affiliation to vote in the Republican primary if they switch their registration on election day, potentially helping Cheney.

“Jenasie Kendall, a 23-year-old independent who works at a wine shop in Cheyenne, said she would consider registering as a Republican to help Cheney win.”

Cheney is further unfit to lead the Republican party because she is stuck in the past, fixated on the Trump presidency rather than fighting the dangerous leftward lurch by Biden-Pelosi-Schumer that harms all Americans. It is her failure to have a vision for the future and how to lead against the big government, corporatist threat against freedom that made her ouster as House Republicans’ lead communicator necessary. Republicans made the right choice to turn towards a new leader capable of focusing on the challenges ahead rather than sowing division by relitigating lost internal battles of the past. This is why Nancy Pelosi recently referred to Liz Cheney as her favorite Republican. With the move today, House Republican leadership can act as one as they fight for common sense, limited government principles.

It is clear that Cheney cares more about earning praise from Nancy Pelosi and the corporate press more than she cares about fighting to save our country from the Democrat’s socialist agenda. The Republican party must have leaders who are focused on defeating the current threats to our freedom instead of fixating on past perceived threats.