Monday, May 27th, 2019 is the Charnice Milton community bookstore Launch Event (see below) at Busboys and Poets-Anacostia in Washington DC. Allow me to explain who Charnice was, and why the bookstore launch is important.

On Wednesday, May 27, 2015, at approximately 9:40 pm, Ms. Charnice Milton was shot and killed in the 2700 block of Good Hope Road, SE. The 27-year-old Washington, DC journalist was murdered after she was used as a “human shield” while attempting to catch the final bus home after covering an event on Capitol Hill. A man or older teen on a dirt bike with a group of riders fired at another group of bike riders. Sixteen (16) persons were involved in the murder. As reported by DailyMail.com, Mayor Bowser said, “We want to know. We know that people were in and around the area. We have gotten very little information, and we need the public to provide that information so Charnice’s killer can be captured.” No arrests have been made

Charnice Milton is the Daughter of my friends Ken and Francine  Many of you know my friend, Ken McClenton, AKA the Exceptional Conservative, from his appearances on the Lid Radio Show. Ken and his wife lost their beloved daughter four years ago.

Rather than wallow in the bitterness of losing a child, they decided to take action and practice what Jews call ‘Tikun Olam” repairing the world.

One of their projects is the Charnice Milton Community Book Store which began at We Act Radio studios in Historic Anacostia. The project collects and disseminates books and donations to support literacy events, providing free books to young readers. Busboys and Poets-Anacostia, just down the street, began selling new books in the name of CMCB in early March. Used book sales start there on May 27, 2019, the fourth anniversary of Charnice’s death.

Monday, May 27th, 2019 is the Charnice Milton community bookstore Launch Event (see below) at Busboys and Poets-Anacostia

If you are in the neighborhood, stop by and show your support (and buy some books). It’s located at 2004 Martin Luther King Jr. Avenue SE  Washington,  DC 20020 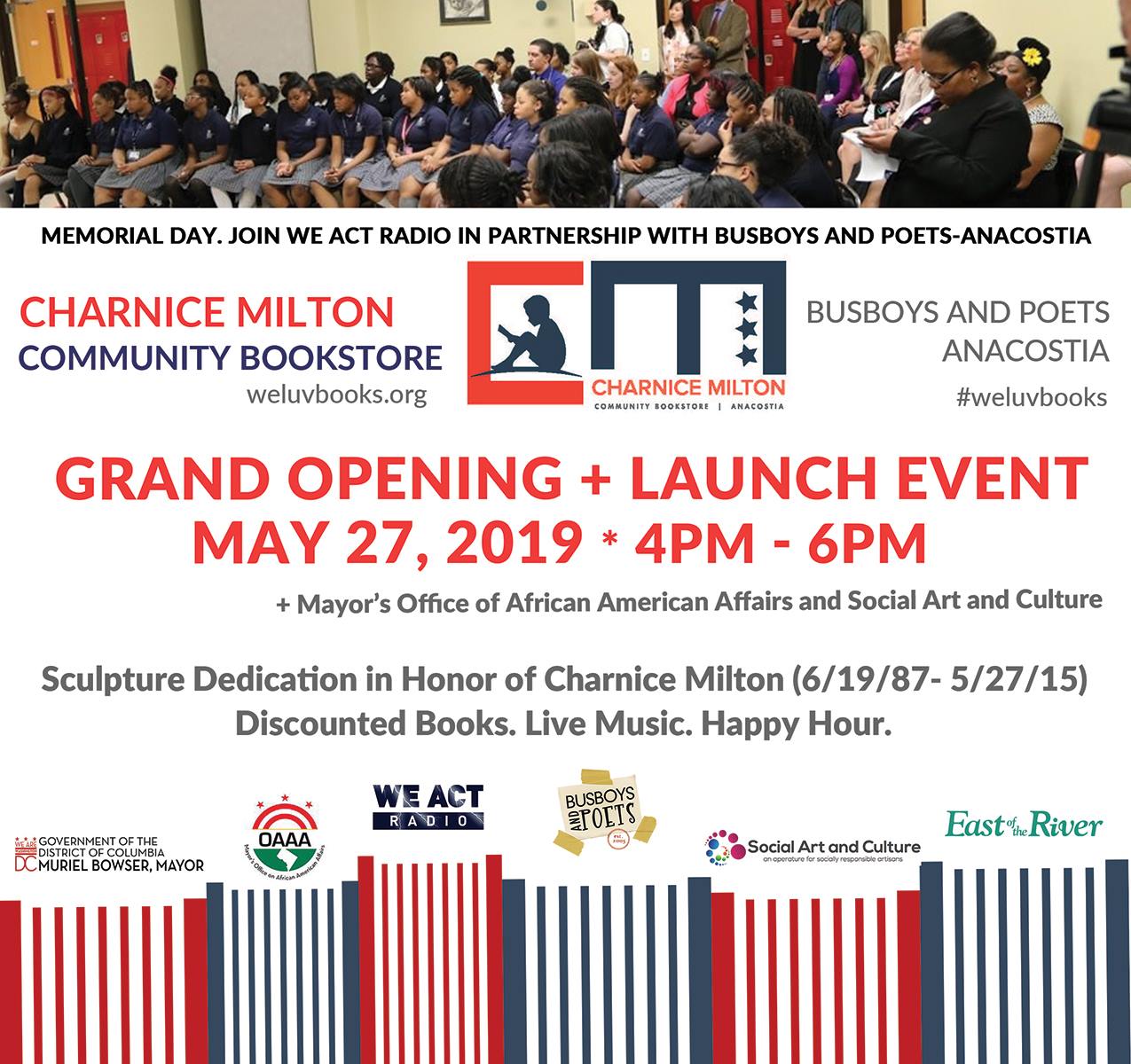