Getting Carter Page FISA Warrant Illegally Was Unnecessary, So Why Did The FBI Do It? 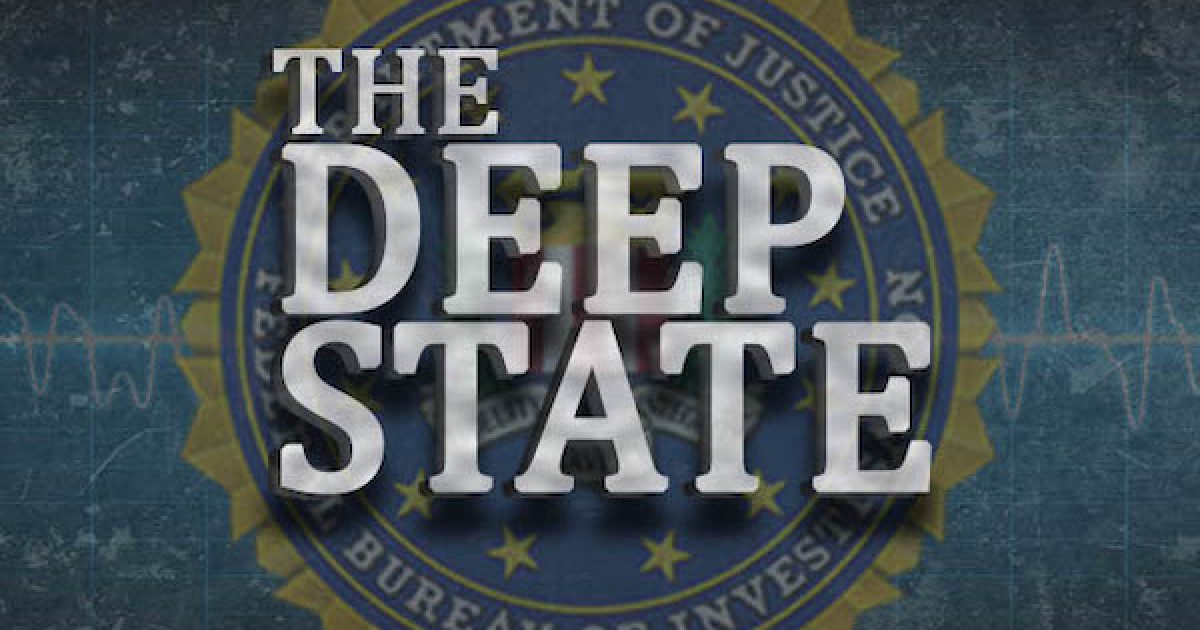 This week we learned from John Solomon at The Hill that the FBI knew before the first application for FISA authorization against Trump campaign aide Carter Page that crucial information in the Steele dossier was flawed.  Yet it was advanced as a justification for the FISA surveillance anyway and with apparent misrepresentation of the Bureau’s compliance with its own Woods procedures.

In particular, according to notes made by a State Department official during a brief she received from Christopher Steele, a crucial detail about one of the dossier’s allegations was false – in fact, ridiculously so.  Solomon recounts it here:

In her typed summary, [Kathleen] Kavalec wrote that Steele told her the Russians had constructed a “technical/human operation run out of Moscow targeting the election” that recruited emigres in the United States to “do hacking and recruiting.”

She quoted Steele as saying, “Payments to those recruited are made out of the Russian Consulate in Miami,” according to a copy of her summary memo obtained under open records litigation by the conservative group Citizens United. Kavalec bluntly debunked that assertion in a bracketed comment: “It is important to note that there is no Russian consulate in Miami.”

An error of that simplicity and magnitude makes the whole body of “intelligence” from Steele a cartoon.  Kavalec had her sit-down with Steele on 11 October 2016 and forwarded her typed memo from the meeting to a distribution that included FBI officials on 13 October. This was days before the FISA application against Page was made.

Kavalec also recorded – after just the one meeting – the prominent and highly relevant points that Steele was working for the Democrats doing campaign opposition research on Trump, and that he was in regular contact with the media about this very case.  She mentioned the “NYT” and “WP” – presumably New York Times and Washington Post – specifically.

All of this, Solomon has verified, the FBI had in hand before the FISA application was made.  That would strongly suggest that when the FBI swore to the court on 21 October 2016 “that Steele’s ‘reporting has been corroborated and used in criminal proceedings’ and the FBI has determined him to be ‘reliable’ and was ‘unaware of any derogatory information pertaining’ to their informant,” the FBI was making a false declaration.

Solomon’s report has even more detail and should be read thoroughly.  Shortly after it was published, D.C. attorneys Victoria Toensing and Joe DiGenova made a further remarkable disclosure on Thursday evening to Lou Dobbs at Fox Business Network.  Thomas Lifson summarized it at American Thinker:

Joe Digenova shared the conclusion of the OIG report on FISA abuse today on @LouDobbs – because of the recently uncovered information from the FOIA release and John Solomon today, he is now having to add and investigate that. Thanks for the clip @detachedaz pic.twitter.com/e8ihB4h2Wr

In the same interview, Toensing and DiGenova said DOJ IG Michael Horowitz is reopening his investigation of the first FISA application.  John Solomon pointed out in a Fox appearance that the FBI had allegedly withheld Kavalec’s memo from Horowitz in turning over evidence for the IG probe, which only makes everything worse.  The existence of the Kavalec memo came out because of a FOIA request from Citizens United.

Senator Lindsey Graham (R-SC) just sent the IG a letter on 10 May formally requesting him to reopen the probe of the initial FISA application.

The sum of these new revelations is a stark one.  The revelations add up to this: assuming what we’re hearing is accurate, the entire sequence of events with the FISA surveillance was handled illegally.  Apparently, the object was to obtain authority for surveillance from the FISA court no matter what the cost. The cost of doing it illegally was not too high to pay.

Of course, we care that this has to result in indictments and prosecutions, assuming there is substance to it.  But we also urgently need the answer to the question of overriding importance.

The answer is not a simple or obvious one here.  The critical point about doing this illegally is that it must change the narrative.  Up to now, the narrative that the whole effort was based on suspicions about the Trump campaign has hung in there.  Exhausted and flagging, to be sure, but still mostly unquestioned.

The Mueller Report didn’t establish that the original narrative couldn’t be true, in terms of the Obama-era actors’ motives.  It only proved that whatever they might claim to have suspected about Trump didn’t pan out.

But if the entire FISA process against Page – the surveillance centerpiece of the operation against the Trump campaign – was done illegally, that’s not legitimately pursuing honest suspicions.  That’s something else.

The timing serves to amplify that problem for the narrative.  By the time the first authorization was obtained, in late October 2016, there were between two and three weeks left before the election.  Even aside from the fact that everyone thought Hillary was going to win anyway, there is no legitimate purpose the FISA mafia could have had at that late date for trying to spy extra-hard on the Trump campaign, by any means fair or foul.

In fact, even an illegitimate purpose isn’t apparent given the theories to date about why Trump was spied on.  More on that in a moment; meanwhile, the willingness to get FISA authorization by subterfuge, especially at a time when it would do them little if any good vis-à-vis the election, means they never had a legitimate purpose.  Not even for the first application in October 2016.*

And this is especially crucial: once Trump had won, he and his people would be in office if the FISA application were to be renewed under the same conditions; i.e., of falsehood and misrepresentation to the FISA court.

Yet, knowing that, the DOJ/FBI honchos applied for renewal three times after Trump took office, on a basis the IG has reportedly concluded was fraudulent.

The risk attending that, once Trump had been elected, is breathtaking.  And yet the FISA mafia took it, instead of doing something obvious like cutting the operation off and biding their time.

There’s another moreover to add, and in its way, it’s a more important one.  It gets at the alternative methods the federal agencies had, and how they diminished the relative importance of having targeted FISA authority at all.

Admiral Mike Rogers of NSA had raised obstacles to perform “backdoor” electronic surveillance with his procedural reforms and confessional reporting to the court in 2016.  But in spite of those obstacles, it would have been no more illegal, and probably less detectable, for the FBI (and likely others in the permanent bureaucracy) to use the backdoor method to spy on Trump.

I have supposed all along that this was being done, and by multiple actors.  It was too easy, and almost certainly still remains so.  We know with certainty that the “tip of the iceberg” part of it — unmasking U.S. persons from carefully filtered surveillance data searches — was, in fact, being done, and at extraordinary levels.

It’s a difficult problem to police, and Rogers clearly discovered just how difficult, and got a glimpse of how widespread it was, in his 2016 review.  Even his review could not determine the full extent of it, because the queries run by credentialed users can look legitimate to a computerized system even when they aren’t, and the adherence of each agency to the rules of Executive Order 12333 is certified internally, by the agency.  It’s a moral hazard the size of three galaxies plus one.

It is thus an essential question why the DOJ and FBI were so determined to formally obtain FISA authorization that they were willing to do it dishonestly if they had to.  What did that authorization buy them that simply spying without the court’s signature would not have?

Keep in mind that the purpose of the Carter Page application was counterintelligence.  The intent was not to use information from the surveillance in a criminal court.  Envisioning a criminal case isn’t even a reason for being obsessed with getting FISA authority.

Moreover, given the national security/counterintelligence predicate for the surveillance, there was a great deal the FBI could already do legally, without targeted FISA authorization, using only the routine authority available under national security letters.

Yet for some reason, they doggedly pursued the FISA authorization, even, as now alleged, to the point of misrepresenting their justifying “intelligence” and gun-decking their bona fides (the Woods procedures) to obtain it.

An unnecessary action is not a defensive one

William Barr may not pursue the question “why,” if pursuing it would be inconvenient for prosecuting the individuals caught in illegal acts.  His job is to keep the prosecutorial enterprise on track.

But if we can’t answer the question, we won’t be able to identify the true origins of Spygate.  The DOJ and FBI didn’t do this because of any motive they reasonably had, solely in their own right.  No narrative or counter-narrative floated so far explains this fully; indeed not the theory that it’s about protecting Hillary Clinton, or protecting Obama (or his “legacy”), or even about burying the audit trail on the FBI, DOJ, and Hillary’s email “matter,” which involves them both.

Individual politicians, whatever their stature, are ultimately disposable.  This was something big enough to do the unnecessary for.  Obtaining a FISA warrant they didn’t strictly need for defensive purposes, and reportedly using foul means to do it, was going on offense, instead of staying on defense.

Some of our representatives – Grassley, Nunes, Jordan – seem to have been hinting at that. They’ve seen more of this than the public has.  The verification of indictments and convictions is essential to the rule of law, and we can’t dispense with them.  But if we end up only with convictions of the individuals who were in a position to break the law, we won’t know enough to save the Republic.  Congress needs to get to the bottom of it.

* Some reporting has indicated that there were earlier FISA applications, starting in June 2016.  However, those applications were made on a different basis involving supposed suspicions about bank server communications from Trump Tower.  The reportedly illegal applications are the ones made using the Steele dossier, the first of which was in October 2016.