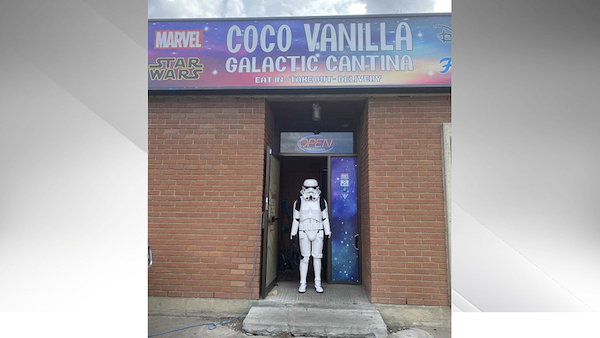 NOBODY would be stupid enough to confuse a Star Wars ‘stormtrooper’ as a public danger, would they? Four Canadian cops and an arrest later, welcome to 2020, folks. This incident is an example of the difference between Canadian cops, and American ones. American cops would laugh at the costume, but Canadian ones: Canadian Star Wars promotion

In a sleepy little Canadian University town, just days after new draconian gun-grabber rules went through (without even being voted on by Parliament), multiple nosy busybodies got their panties in a twist over … a Star Wars Promotion.

That’s right, a Star-Wars themed business was trying to cash in on the hype around May Fourth (a play on the words of that recurring line ‘may the Force be with you’ by having one of his employees throw on a costume and stand in front of the store.

She was wearing a Storm Trooper costume and holding a plastic ‘Blaster.’

The police came. This is the point in the story where a rational mind looks at the person in the Storm Trooper suit, hears ‘Quiet Riot’ blasting in some nearby speakers, looks at the store she’s standing in front of, takes a closer look at what she’s holding, realizes this is a ridiculous misunderstanding and has a laugh about it over a beer later.

That’s how this story would have gone if a RATIONAL mind were involved here. For reasons that are not yet clear, these cops took this ‘threat’ super-seriously. As in, the girl in the suit wound up in handcuffs, with a bloody nose over it.

It’s a good thing someone stopped to film this. Probably nobody would have believed it otherwise. It’s the kind of thing that just might have been swept under the rug if the ‘mainstream’ media chose not to cover it. Remember: in Canada, panicked overreactions to firearm ownership are something to be encouraged, not exposed as ridiculous.

Police showed up with their guns drawn.

The guy holding the camera tried to be the voice of reason, explaining it was a plastic gun, you could buy it at a Dollar store. The cop said, ‘I don’t care, you’re going to get arrested if you interfere.’ And they proceeded to arrest this girl even AFTER he said that.

Coco Vanilla Galactic Cantina Owner Bradley Whalen told LNN that it very quickly went off the rails and put one of his employees in serious danger.

“We had music playing in the parking lot, we had one of our staff dress up as a stormtrooper kind of waving to people walking up and down the road, we had people stopping by and getting pictures with the stormtrooper, we put a couple of promotions on in the restaurant to entice people to come.”

The female employee arrived for work at 10:00 am on Monday, May 4, and went out in full costume around 20 minutes later.

…At approximately 11:20 am, three police cruisers arrived and a truck followed shortly after.

In the video, Whalen came outside after hearing the officers shouting at the employee. He can be heard telling the officers that the girl in the costume only has a toy gun. The officers tell Whelan to get back in his building.

“Police officers had guns drawn, pointed at my employee. They were yelling at her to put the gun down so she threw the plastic gun on the ground. At that point in time when I came out, she was on her knees kneeling down on the ground. The police had already checked and seen that the gun was plastic so they already knew that there wasn’t an issue or a risk there.”

The video shows that the girl did drop the gun to the ground when told to do so.

Walper offered a different account of the officers’ initial encounter with the employee.

At the time he spoke to media about the incident, he had not yet fully reviewed all of the details, but claims “the person did not comply with the police verbal directions. Eventually, they did after multiple repeated orders given by the police officers.”

After she got on her knees, Walper adds that the officers then “pushed the individual down to the ground” and put her into handcuffs.

As a result of being pushed to the ground, the employee had a bloodied nose. Neither Whalen nor Walper could confirm if she had suffered any other injuries. The employee could be heard crying out on the video and there were blood stains on the concrete.

According to Whalen, it took an extra few moments for the employee to get down because of the costume itself.

“It wasn’t a matter of her not wanting to cooperate,” Whalen continued. “She dropped the gun when they told her to and just forcing her, making her get down on the ground after they determined that she wasn’t a risk and that the gun wasn’t even a real gun, it was a plastic Star Wars blaster.”

Whalen claims that there was no effort on the part of the police to de-escalate the situation or speak to him or the employee calmly before taking action. — LethbridgeNews

‘No charges were filed,’ the report went on to add. 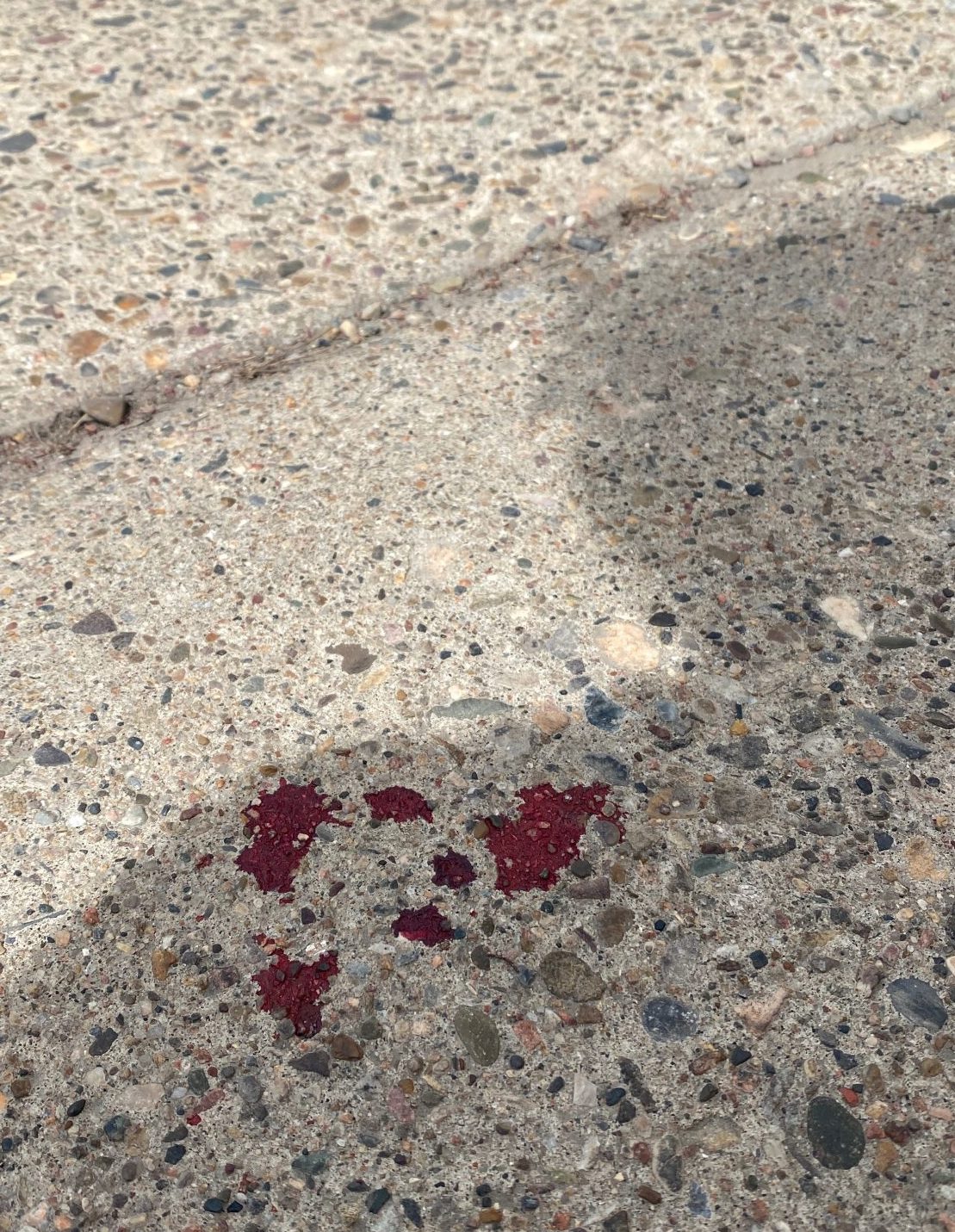 Maybe some charges SHOULD be filed. Against the Canadian cops who drew blood from an innocent civilian without cause.

If a wrongful arrest isn’t an option, how about simple assault?

These four clowns don’t show the judgment and competence required to be trusted with WASHING a patrol car, let alone DRIVING one.