Democrat Congressman Says, ‘The Border Is Not Under Control’ And It’s A ‘Shell Game’ For Optics (Video) 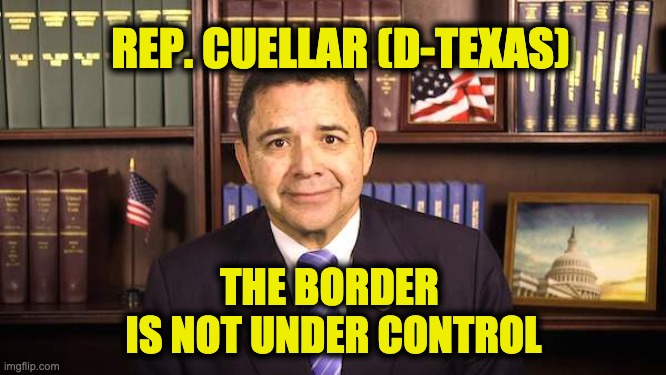 The situation at the Southern border is so bad that one Democrat Congressman is calling out the Biden-Harris administration on their inaction and duplicity to the American public. Border not under control

Congressman Henry Cuellar (D-TX) has been very critical of the Biden-Harris administration’s handling of the surge of illegal immigrants at the southern border.

On Thursday, Rep. Cuellar said that “the border is not under control” and that the Biden-Harris administration is playing a “shell game” to hide the problem. He says that the administration is shifting unaccompanied minors from tents controlled by the Department of Homeland Security (DHS), which oversees Border Patrol, to ones nearby controlled by the Department of Health and Human Services (HHS).

Cuellar calls B.S. on the Biden-Harris administration’s narrative about the situation at the border.

“What they’re doing now is they’re moving the kids from the Border Patrol tents over to next door to the HHS facility. With all due respect, it’s all a shell game,” Cuellar said, referring to facilities run by the Department of Health and Human Services (HHS).

Cuellar made similar remarks in an earlier interview with Border Report, when he said, “all they’re doing is they’re moving kids from one tent to the other tent and saying, ‘Oh, they’re not in the Border Patrol [custody].’”

Cuellar is reacting to some absolutely ridiculous photos released by the Biden administration of the Donna, Texas DHS facility. 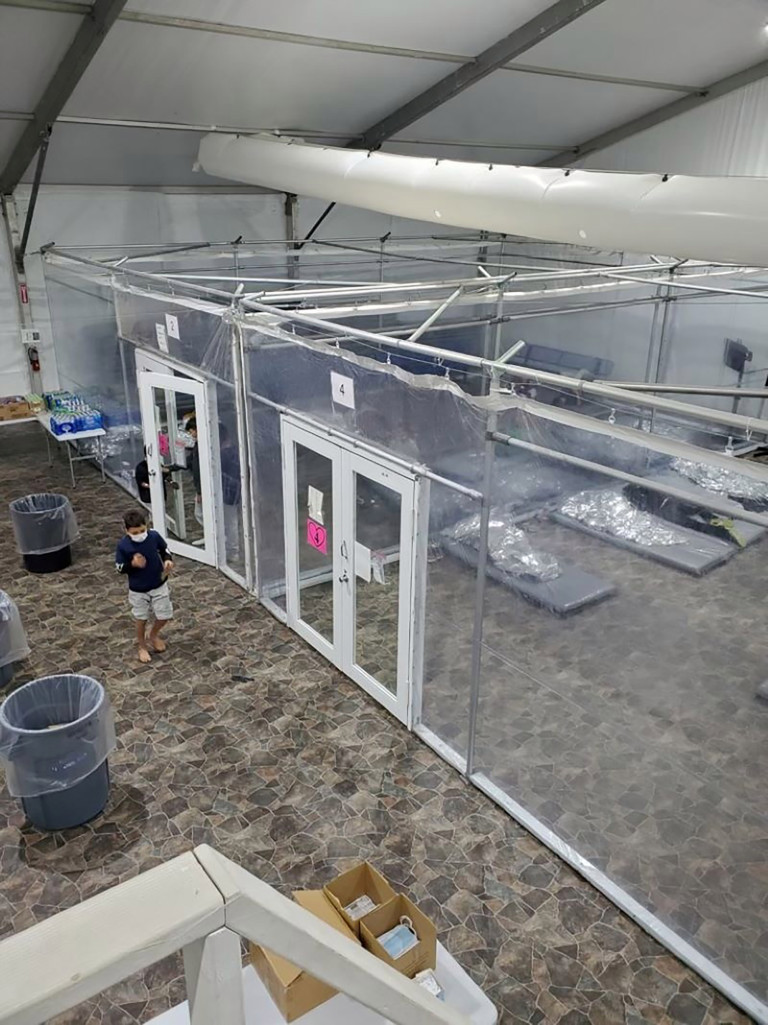 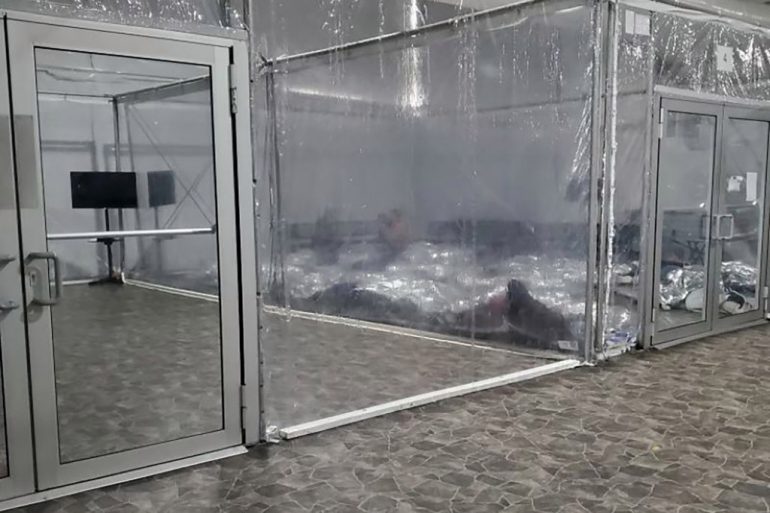 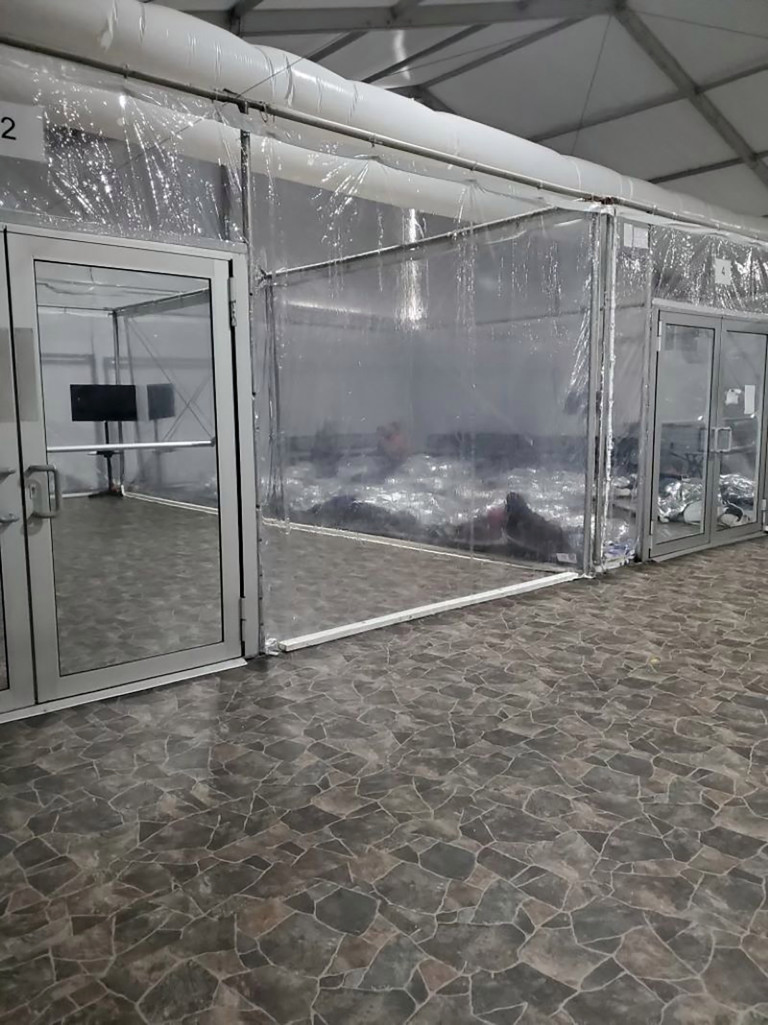 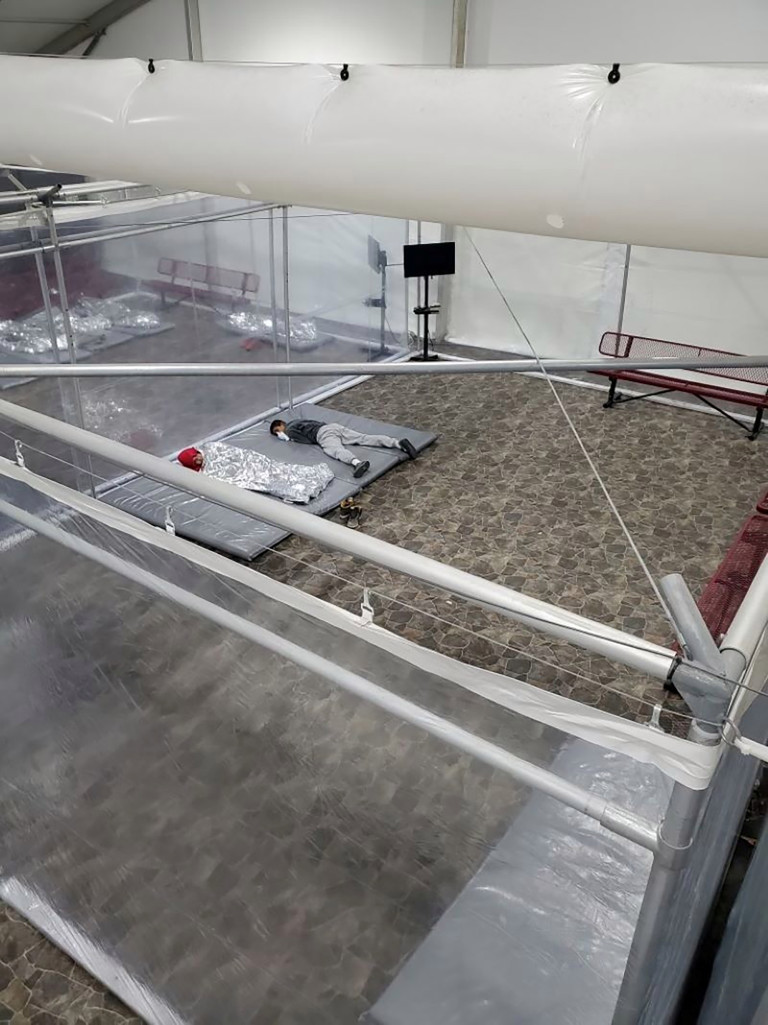 It’s quite a change from the photos that we saw just a few weeks ago with kids stacked like cordwood in space blankets.

And there’s this very disturbing article that shows an aerial view of the sprawling Donna facility and proposed expansion. 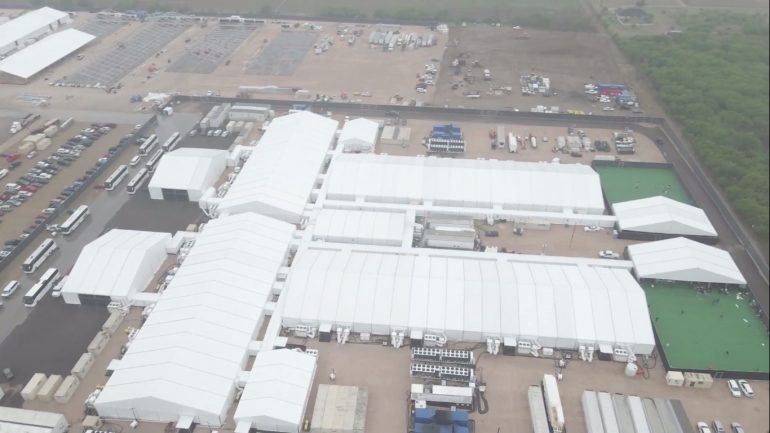 The issue has always been the sheer number of children in U.S. custody. Back in late March, Border Patrol Deputy Chief Raul Ortiz told Fox News that there was a plan to transfer 1,000 unaccompanied minors per day out of their facilities to HHS facilities.

So, we shouldn’t be all that surprised that the CPB facilities are now looking empty.

The facilities in Donna, Texas — which were already massive — have been expanded in recent months as the number of illegal aliens continues to rise.

It has been 44 days since Kamala Harris was announced as the Border Czar, but she has refused to go to the southern border. We’ll see how long that avoidance can last.

Border not under control