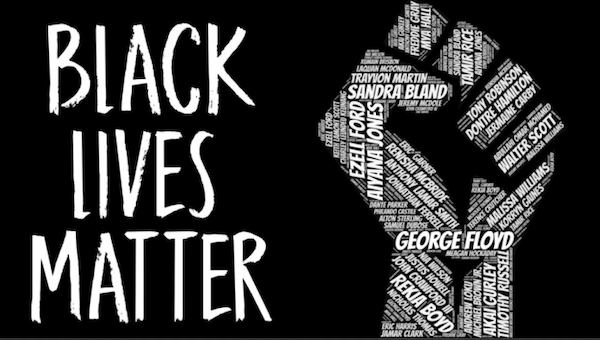 The scary, underhanded world of Black Lives Matter and the Clintons has come to a convergence. First, Black Lives Matter was kicked off the Amazon Charity, AmazonSmile, on Tuesday because they haven’t complied with the rules. A few days before, we learned that Mark Elias of the Elias Law Group, the attorney for Clinton who funded the Steele Dossier against Trump, is now a listed address for the BLM group.

Per Tom Fitton of Judicial Watch

An avowedly Marxist organization is now being represented by the most prominent Democratic Party lawyer in the country. … Does that say more about BLM or more about the party operatives that are now seemingly running the show there?”

According to the Washington Examiner, the Black Lives Matter Global Network Foundation (BLM) is currently out of compliance in New Jersey, North Carolina, California, Connecticut, Colorado, Maryland, Maine, Virginia, and Washington. In 2020, the group amassed a cool $60 Million from corporations and individuals who ran to donate to them despite their openly Marxist plans. They reportedly shut down their online donation capability, yet one Washington Examiner reporter’s $1 donation was accepted. That’s part of the reason for the action by Amazon, which donated $10 Million to the organization in 2020.

One of their ‘former’ leaders, Patrisse Cullors, has been under scrutiny for misusing the funds by purchasing several expensive homes rather than doing anything for Black Americans. In May of last year, she stepped down amid investigations aimed into her luxurious spending habits. Since then, there has been no specific leader of the group. Makani Themba and Monifa Bandele were supposed to take her place but claim they never stood for the position. The lack of a specific leader is another part of why Amazon removed them from their charity.

Black Lives Matter has also revamped their accounting cycle from July to June so that it wouldn’t have to produce any financial reports until May. It’s “creative” accounting at its most opaque. Isn’t that the Democrat way?

BLM stated it has engaged the services of a “compliance counsel” to get back in good standing with the states. The counsel they chose is the Elias Law firm.

Filings reported by the Washington Examiner on Wednesday revealed that BLM recently retained the services of the law firm owned by prominent Democratic lawyer Marc Elias, who is best known for his funding of the discredited anti-Trump Steele dossier while he served as Hillary Clinton’s 2016 campaign general counsel. BLM also elevated longtime Clinton family confidant Minyon Moore to its board of directors, according to the filings.

So Minyon Moore is now a board member of Black Lives Matter. She is one of Biden’s advisers on the Supreme Court nomination process, previously an informal adviser to Kamala Harris. Over the course of a few months, she has attempted to distance herself from the “Defund the Police” movement.

The White House announced two weeks ago that Minyon Moore, who has been described by media outlets as an informal adviser to Vice President Kamala Harris, would join Biden’s team to “mobilize a nationwide engagement effort focused on confirmation” of the nation’s first Black woman to the Supreme Court…

“The President is proud to have Minyon Moore on his team as he prepares to announce and confirm an extraordinarily qualified nominee after seeking the recommendations of Republicans and Democrats in the Senate,” the White House said in a statement. “She is a leading strategist who has advised President Clinton, civil rights leaders, top members of the business community, and who teaches at Yale.”

So let’s get this straight: a Black Lives Matter board member who has connections to Clinton is now supposed to be on the Biden team. The White House emphatically stated that she would not be allowed to work with an outside organization while in the Biden administration. Black Lives Matter issued a statement saying the same thing. A prominent Clinton/Democrat attorney is now the legal counsel for Black Lives Matter. If we thought the Amazon action to boot Black Lives Matter was a big deal, the rest of the story is worse.