Is Putin Planning to Blow Up Dam in Ukraine to Force Disaster? 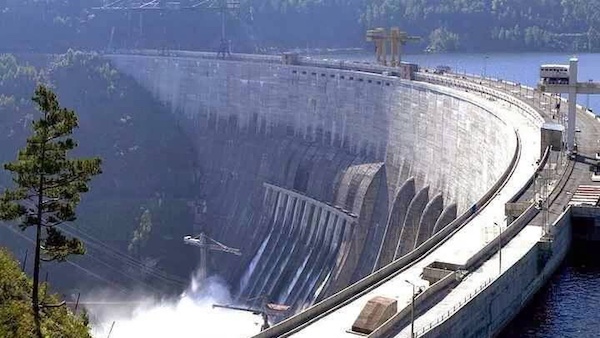 Plenty of wicked and awful things are occurring under the purview of Vladimir Putin’s army during his invasion of Ukraine. Still, we mustn’t underestimate the Moscow Madman’s penchant for cruelty.

Not only have his troops been involved in what could only be described as “genocide,” but Putin himself continues to suggest that he will wind up using a nuclear weapon at some point during the conflict; either as a deterrent against outside intervention or as a way to demoralize and disintegrate the Ukrainian people.

Reports have surfaced suggesting that some within Putin’s orbit have been potentially sabotaging his attempts to test his nuke arsenal ahead of any such move. The Russian tyrant appears to be planning a non-atomic disaster for Ukraine.

VLADIMIR Putin has been accused of planning to “blow-up a major dam” at the Kakhovka hydroelectric power station in Kherson, potentially creating a “historical disaster”.

Ukrainian leader Volodymyr Zelensky told the European Council: “If Russian terrorists blow up this dam, more than 80 settlements, including Kherson, will be in the zone of rapid flooding.

“Hundreds of thousands of people can fall victim to it.”

Russia has been openly preparing for the event, and there are reports that Russia has already placed explosives around the dam.

Putin has ordered tens of thousands to flee the region.

The Kremlin-installed chief of the southern occupied Ukrainian region said around 50,000-60,000 people will be evacuated over six days, according to reports from the state state-run TASS news agency

Russia is claiming that it’s Ukraine that’s preparing to blow up the bridge:

We have information on the possibility of the Kyiv regime using prohibited methods of war in the area of the city of Kherson, on the preparation by Kyiv of a massive missile strike on the Kakhovka hydro-electric dam,” Surovikin said (Sergei Surovikin, the commander of Russian forces in Ukraine.

Sounds like Putin is preparing for a “false” flag” operation

With over 15,000 war crimes already being investigated in Ukraine, and plenty of evidence to suggest that a vast number of horrors remain to be discovered, Putin appears hellbent on going down in history as one of the cruelest world leaders to ever live.