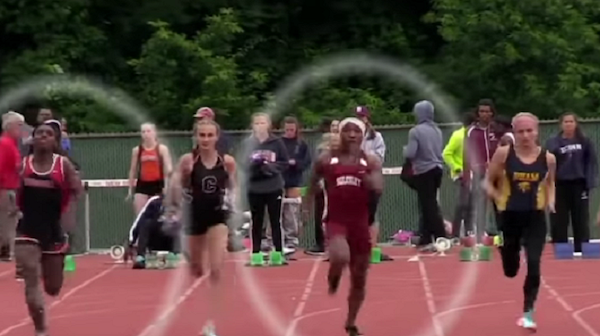 The state House in Mississippi on Wednesday passed legislation that would protect female athletes by banning biological males from competing in women’s sports. An overwhelming vote of 81-28 allowed for the passage of the ‘Mississippi Fairness Act.’

The Senate last month passed the bill in a similar landslide fashion, with a vote count of 34-9. The act requires that any public school or institution of higher learning designate their sports teams according to biological sex.

How we got here as a society that makes such legislation necessary is remarkable.

“[President] Joe Biden and the Democrats are even pushing policies that would destroy women’s sports,” Trump lamented. “Now, young girls and women are incensed that they are now being forced to compete against those who are biological males.”

“We must protect the integrity of women’s sports.” – President Trump #CPAC pic.twitter.com/zyRoWdeOn2

“If we do not move to protect female sports from biological males who have an unfair physiological advantage, we will eventually no longer have female sports,” Republican state Sen. Angela Hill, the bill’s author said.

Hopefully, more Republican run states across our republic will advance this kind of legislation to protect women's sports from being demolished.

One of the biggest proponents of protecting women’s sports – as Mississippi has – is a former presidential candidate and former Democratic Rep. Tulsi Gabbard (HI). Gabbard introduced a bill late last year to force Title IX protections to be applied based on whether a person is assigned female at birth.

Her legislation, she explained, “was created out of this recognition that there is a biological distinction between men and women and boys and girls and … because of that there needs to be a level playing field for girls and women to be able to compete and play in sports.”

Title IX is a historic law that positively changed everything for women & girls. This video explains how, and why I introduced the Protect Women’s Sports Act – to clarify, uphold & strengthen the original intent of Title IX, ensuring a level playing field for girls & women. pic.twitter.com/B0647yCGmW

The bill currently only has five Republican co-sponsors.

Gabbard has been slammed as transphobic and bigoted for her pro women’s legislation but hasn’t wavered.

“My ‘Protect Women’s Sports Act’ is based on science,” Gabbard responded to the criticism.

“It is a scientifically established fact that there is such a thing as a man and a woman. It’s also common sense,” she added.

“So, it is the height of hypocrisy for those who claim to be advocates for women’s rights to deny that there is even such a thing as a woman, biologically speaking, to deny the very biological distinction that makes women, women, and not men.”

Jeff Note: I agree with the Mississippi and Tulsi Gabbard’s bill.  I am also thankful that biological males couldn’t compete with females when I was in high school because it would have been embarrassing.   Even though I was on three varsity teams, a three-letter man, many of the females on the teams would have kicked my butt-who would want to live with that?

Most of this post was first seen at The Mental Recession.