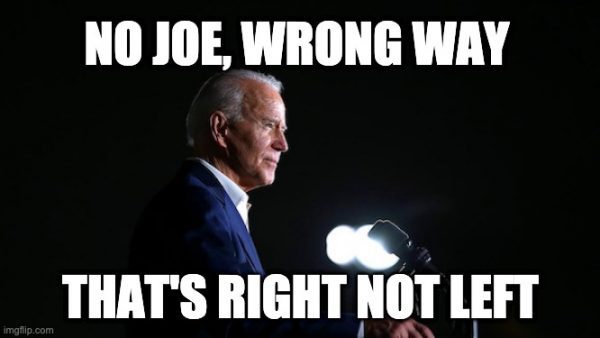 Former Vice President and current Democratic Party presumptive nominee Joe Biden recognizes that a critical demographic he needs to attract is young voters, many of whom were pulling for Sen. Bernie Sanders during the primary race, both this year and back in 2016. Biden’s hard turn left.

This is why he turned sharply to the left on several important policy issues, hoping this would attract that coveted demographic. Still, it seems his best efforts to trap the young vote have failed spectacularly.

A recent poll that was conducted by Morning Consult has found that 40 percent of the Democrats polled under 45 said they want their party to pick a nominee other than Biden to run for president, compared to 26 percent of all Democrats.

Per the  Washington Examiner:

Much of the reaction against Biden, a former two-term vice president and 36-year Delaware senator, appears to stem from the allegations from former Senate aide Tara Reade, who claims Biden sexually assaulted her in a congressional hallway in 1993. The poll found 53% of younger Democrats thought Biden’s denial of Reade’s allegations to be credible, compared to 67% of Democrats over the age of 45. A Monmouth poll found that 45% of all voters aged 18 to 34 said they thought Reade was telling the truth.

A focus group conducted by NextGen America found a lack of enthusiasm by younger millennial and Generation Z voters in 11 swing states, including Wisconsin, Michigan, and Florida. Most of those voters said they preferred Vermont Sen. Bernie Sanders’s socialist message and didn’t see the former vice president as relatable, while others cited concerns about Reade’s allegations.

Believe it or not, the sexual assault allegations are only the tip of the iceberg. Another reason young people aren’t too keen to pull the lever for Biden in November has a lot to do with his close ties to corporate interests. To many, it makes him appear like your typical, run-of-the-mill career politician, something the younger voters despise with a passion.

This lack of excitement about Biden’s campaign could spell disaster for him come November, especially if Trump is cleared to hold some rallies, which always turn out to be massive events that mobilize and fire up his voter base. The left lacks this kind of enthusiasm at the moment, and it really seems unlikely that Joe Biden will be able to throw some fuel on the flames to get his base all fired up.