Is Joe Biden Losing It Or Is He Spreading Malarky? 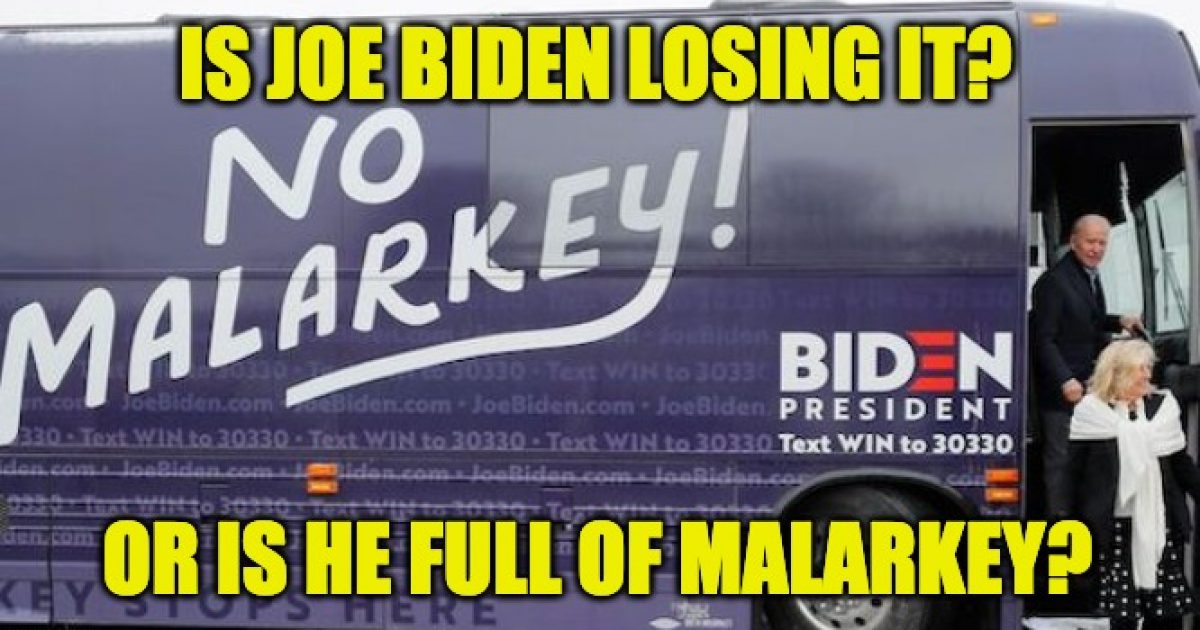 “Gonna have to assume that position, the moment they’re sworn in on January the 20th, and know the rest of the world knows that person,[ in this case, me, and that I know them. Putin has no allusions about whether I know him or not. Kim Long Un has no [impression?] that I know him or not. The same with the president of China, Xi Jinping. I’ve spent a lot of time with these folks.”

Francis Brennan, who works for the Trump’ 2020 campaign, tweeted a video of the Biden falsehood and explained, “That is FALSE Biden, and Kim Jong Un have never met,”  His boss Barack Obama never met Kim either. Remember all the liberal criticism because President Trump was the first POTUS to ever meet with one of the North Korean despots.

Joe Biden claims has has "spent a lot of time" with Kim Jong Un.

That is FALSE Biden and Kim Jong Un have never met. pic.twitter.com/evCJLqEdAz

Biden ended that point by saying, “They know, they know.” The question is, does Biden know? Is this just a gaffe, or is it evidence that he is losing it?

Perhaps he thought the Korean dictator was rubbing his leg. Because In another speech this weekend, the former SCHMOTUS let Creepy Uncle Joe out again.

“By the way, you know I sit on the stand and it’d get hot. I got a lot of—I got hairy legs that turn blonde in the sun,” Biden said. “And the kids used to come up and reach in the pool and rub my leg down so it was straight and then watch the hair come back up again. I love kids jumping on my lap,”

This can’t be real life…

The fact that Joe Biden is still the leading candidate for the Democratic nomination should send shivers down the spine of any Democrat.