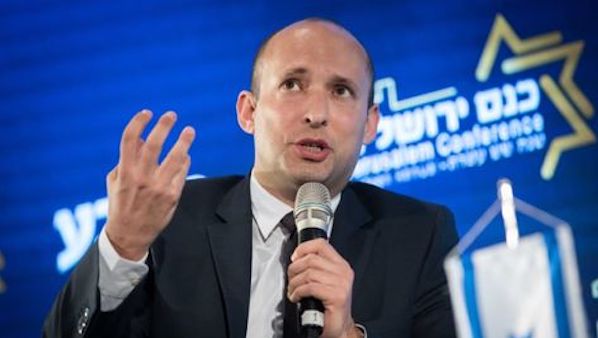 Before the Hamas rocket fire began four days ago, Israel was inches from forming a new coalition government of right-wing parties excluding Netanyahu’s Likud party (called the Change Government). However, one of the major players of that possible coalition Naftali Bennett pulled out of that agreement on Thursday evening, contending that because it included an Arab party, the change government would not be able to do all that’s necessary to put down the violence.    Bibi-less Israel government coalition

As reported by Israel’s Channel 12 News:

After almost all the details have been agreed upon and the Bennett-Lapid government was already a fait accompli, in light of the security incidents and severe riots in the cities involved, Yamina party chairman Naftali Bennett announced that the “change government has fallen out of favor with Yamina.

“I am removing the change government from the agenda,” Bennett said. “A change government, with the makeup planned cannot deal with the problems in mixed cities. These are things that cannot be done when relying on Mansour Abbas.”

The violence has gone beyond the rockets fired by Hamas.  There is a growing movement of  Palestinians attacking Jews and burning synagogues in cities with mixed populations.   Earlier in the day, the Yamina party’s #2 Ayelet Shaked called for bringing the IDF into mixed Arab and Jewish cities to calm the rioting and restore order. Bennett said he liked the idea (which would force Ra’am to remove itself from coalition talks). The Ra’am leader Mansour Abbas has said that he supports the protests in the mixed cities, but they must stay within the law and not hurt people.

Bennett is now trying to promote a broad unity government with the Likud, including New Hope, Ganz and Blue and White, and even Yesh Atid and Yair Lapid.

Lapid, who was given the mandate by the Israeli president to attempt to create a governing coalition, is not interested in Bennett’s idea. He held a press conference to say that he will continue his effort to form a new government without Netanyahu and that based on the mandate, he has another 20 days to do it. And in Israeli politics, twenty days is a lifetime.

After the twenty days, is a 5th election coming?  There are reports that Bennett and his party will join a Likud coalition in the Knesset and support a direct election of a Prime Minister separate from the Knesset election.

Keep checking back because there is more coming during the next few days.