Ben Philippe English Professor From Barnard College Noted That White People Should Be Imprisoned Then Gassed. 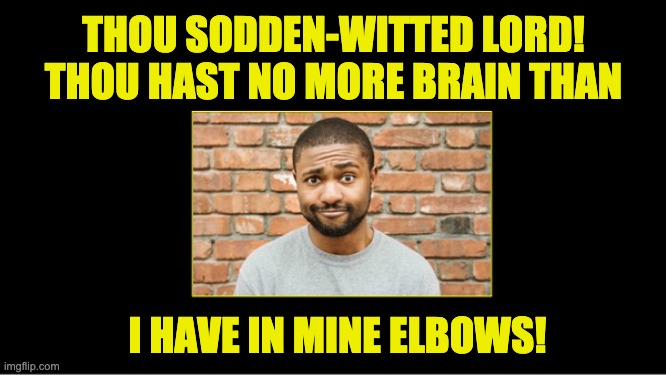 Thou sodden-witted lord! Thou hast no more brain than I have in mine elbows!  William Shakespeare, Troilus and Cressida

Ben Philippe, who teaches English and film studies at Barnard College, should understand the quote above. However, instead of discussing the Bard, Philippe writes hateful prose. As a black English professor, Philippe noted on a CBC radio show that white people should be imprisoned then gassed “when the race war hits its crescendo.”

Per the College Fix. At the start of the show, CBC host Talia Schlanger who does not seem much brighter than the hateful professor read a segment from Philippe’s book describing what the professor would do in a race war:

When this race war hits its crescendo, I’ll gather you all into a beautifully decorated room under the pretense of unity. I’ll give a speech to civility and all the good times we share; I’ll smile as we raise glasses to your good, white health, while the detonator blinks under the table, knowing the exits are locked and the air vents filled with gas.

Philippe attempted to explain to the radio host what he was talking about with his hateful comments .”

“It was ultimately just trying to take the state of the world to its logical conclusion if we all have to exist in this common land together, and we can’t get along and we can’t feel and we can’t try to understand each other,” he explained.

“If it’s always going to be us versus them … then— you know— I guess I was wrestling with the question that, isn’t the end result of that, all-out warfare? Like, ‘Game of Thrones’-style warfare? and what does that look like? And I lived in that sort of stray thought for a few pages,” Philippe continued, adding that the words were “disturbing to write, too because I’m not a violent person, I love all my white friends.”

That’s when it got really weird, Host Talia Schlanger said as a Jew whose grandparents survived the Holocaust, she found Philippe’s prose disturbing….then she apologized.”I wanted to say to you that I’m so sorry that your experience of the world made you feel that way.”

Sorry,  Talia but as a Jew who lost family in the Holocaust, I didn’t find Philippe’s words about gassing people disturbing—I found it disgusting. Instead of apologizing you should have pointed out his hatred and then tossed him off your show while giving the English professor a quote from Shakespeare’s Coriolanus:

“More of your conversation would infect my brain.”

It’s hard to understand how either of these two is allowed to speak in public!