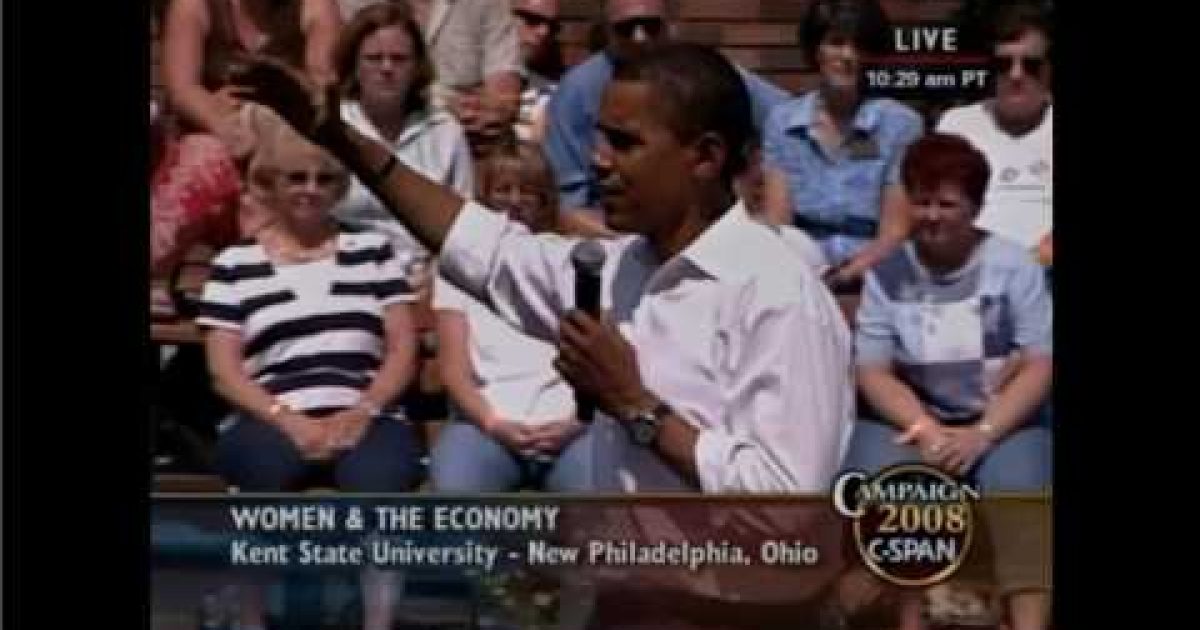 Just last week Barack Obama accused Donald Trump of “whining” about the presidential vote being rigged. But when he ran for president in 2008 he sang a different tune as he warned of a rigged election.

During a town hall  a questioner asked

I would just like to know what you can say to reassure us that this election will not be rigged or stolen?

Obama responded half-jokingly (I think), “Well, I tell you what, it helps in Ohio that we got Democrats in charge of the machines.”

“But look, I come from Chicago, So I want to be honest, it’s not as if it’s just Republicans who have monkeyed around with elections in the past. Sometimes, Democrats have, too.

Whenever people are in power, they have this tendency to try to, you know, tilt things in their direction. That’s why we’ve got to have, I believe, a voting rights division in the Justice Department that is nonpartisan, and that is serious about investigating cases of vote fraud, [and] is serious about making sure that people aren’t being discouraged to vote. That’s why the voting rights legislation that was passed a couple of years ago to help county clerks make sure that the machines were in place that were needed, are important. That’s why we need paper trails on these new electronic machines so that you actually have something that you can hang on to after you’ve punched that letter – make sure it hasn’t been hacked into. Those are all part of the process of making sure that our democracy works for everybody.”

And he was right– for example on election day 2008, members of the New Black Panther Party in Philadelphia, wearing black berets, black combat boots, black shirts and black jackets intimidated Caucasian voters with racial insults, slurs and nightsticks.  They were arrested with another party member who was accused of managing, directing and endorsing their behavior. The entire event was captured on videotape.

Two months later the Justice Dept. filed a civil complaint against the New Black Panther Party. When the court date arrived In April, a federal judge had ordered default judgments against the Panthers because they refused to respond to the charges or appear in court, basically a guaranteed win.

But Obama’s AG Eric Holder dropped the case because as J. Christian Adams who resigned from the DOJ because of the action,  reported the Obama Department of Justice would not prosecute charges of voting rights violations against minorities.

As we described on Friday, contested elections are as old as the presidency itself, that’s why Obama suggested it as a possibility in 2008–but to progressives in the media and in politics there is no such thing as a rigged election (as long as a Democrat wins).

A video of Obama’s 2008 statement about a possible rigged election is below: