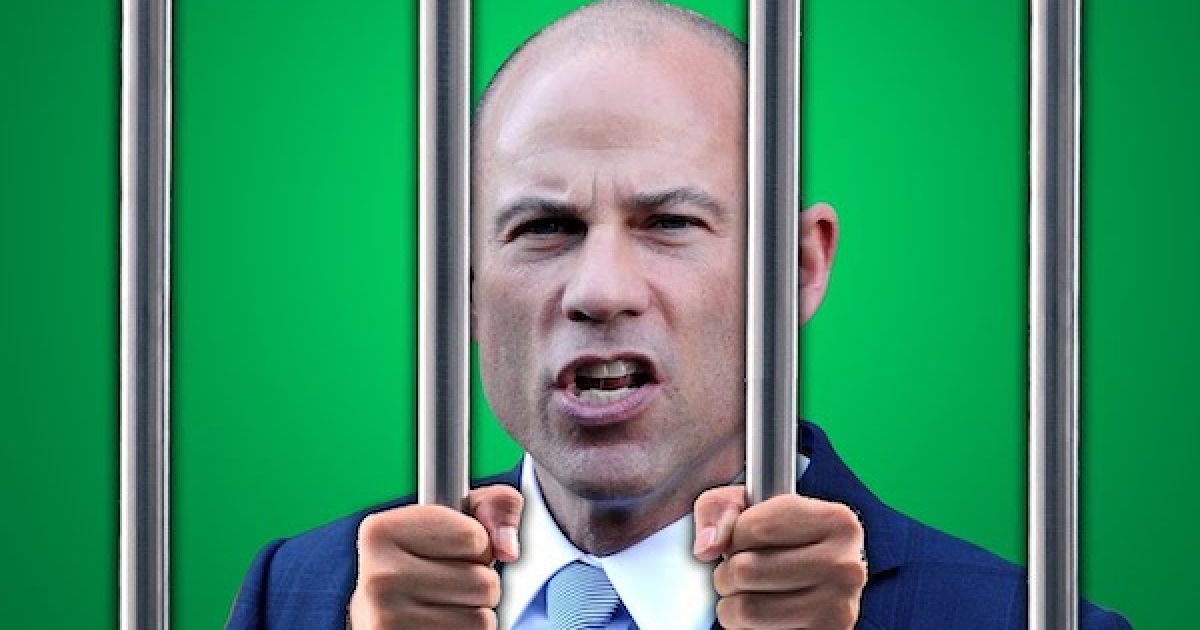 At a press conference, Geoffrey S. Berman federal prosecutor for the Southern District of New York called it “an old fashioned shakedown.”

“Avenatti used illegal and extortionate threats for the purpose of obtaining millions of dollars in payments from a public company, Calling this anticipated payout a retainer or a settlement doesn’t change what it was — a shakedown. When lawyers use their law licenses as weapons, as a guise to extort payments for themselves, they are no longer acting as attorneys.”

Berman laid out this timeline of the case:

#MichaelAvenatti charged with engaging in a scheme to extort Nike pic.twitter.com/zxS6vSyavu

Per Mr. Berman, Avenatti is alleged to have told Nike beginning on March 19 that he and a co-conspirator had evidence from a client that Nike employees had made illegal payments to the families of top high school basketball players and sought to hide that. According to prosecutors, he claimed he was working with an amateur basketball coach whose team had once had a contract with the company.

The Wall Street Journal is reporting the co-conspirator is attorney Mark Geragos, who has represented  Michael Jackson, Winona Ryder, Gary Condit, Susan McDougal, Scott Peterson, and Jussie Smollett among others.

Avenatti supposedly told Nike’s lawyers he would hold a press conference to announce the alleged misconduct, saying he had approached Nike because he knew the annual NCAA basketball tournament was about to begin and that the company had a quarterly earnings call set for March 21, Then he added that he would hold off on the press conference if a significant down-payment of the $25 million payoffs were made.

The charges were announced soon after Avenatti posted a threat on Twitter saying he would be holding a press conference Tuesday to “disclose a major high school/college basketball scandal perpetrated by @Nike that we have uncovered. This criminal conduct reaches the highest levels of Nike and involves some of the biggest names in college basketball.”

Tmrw at 11 am ET, we will be holding a press conference to disclose a major high school/college basketball scandal perpetrated by @Nike that we have uncovered. This criminal conduct reaches the highest levels of Nike and involves some of the biggest names in college basketball.

Perhaps that was the trigger for the arrest and charges.
According to the criminal complaint, Stormy Daniels’ former lawyer “devised a scheme to extort a company [Nike] by means of an interstate communication by threatening to damage the company’s reputation if the company did not agree to make multi-million dollar payments to Avenatti and Mark Geragos (per the WSJ)  to investigate Nike, and further agree to pay an additional $1.5 million to a client of Avenatti’s.”
Last week Avenatti and a cooperating witness spoke by phone with lawyers for Nike “during which  Avenatti stated, with respect to his demands for payment of millions of dollars, that if those demands were not met ‘I’ll go take ten billion dollars off your client’s market cap … I’m not fu*king around.’”Well Michael, neither are the Federal Prosecutors or the Nike corporate attorneys.
In the Los Angeles case, Prosecutors are accusing the Creepy Porn Lawyer of negotiating a $1.6 million settlement for a client in an intellectual property dispute and extorting some of the money for his personal use. He told his client a and produced a bogus copy of the settlement that said payment was due on March 10th, but the money was due and paid to Avenatti in January.
As reported by CNBC:

That office said “Avenatti misappropriated his client’s settlement money and used it to pay expenses for his coffee business, Global Baristas US LLC, which operated Tully’s Coffee stores in California and Washington state, as well as for his own expenses.:

“When the fake March 2018 deadline passed and the client asked where the money was, Avenatti continued to conceal that the payment had already been received, court documents said,” according to prosecutors.

“A lawyer has a basic duty not to steal from his client,” said U.S. Attorney for Los Angeles Nick Hanna.

“Mr. Avenatti is facing serious criminal charges alleging he misappropriated client trust funds for his personal use and he defrauded a bank by submitting phony tax returns in order to obtain millions of dollars in loans.”

Hanna’s office said Avenatti also allegedly defrauded a bank in Mississippi by submitting to that bank fake tax returns to get three loans totaling $4.1 million for his law firm and coffee business in 2014.

This is the second time Avenatti has seen the inside of a jail cell in recent months. Avenatti was arrested and charged with felony domestic violence this past November for beating up his girlfriend actress Mareli Miniutti. He denies the charge. He was also the attorney for Julie Swetnick, the third and most bogus of the Judge Kavanaugh accusers.

Putting all together, it seems that today’s Avenatti charges based on crimes he committed, with a giant dose of karma on top.