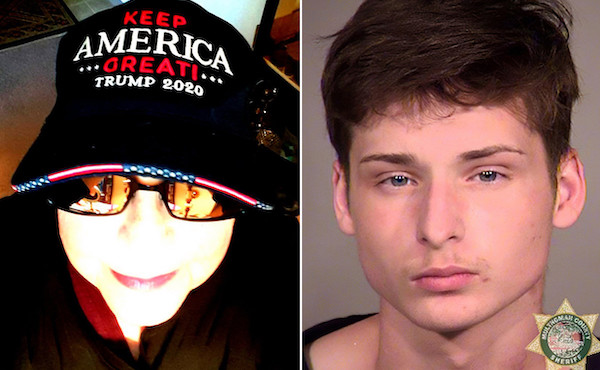 Antifa bomb-thrower Gabriel “Rico” Agard-Berryhill, 18-years-old, was arrested by U.S. Marshals after his grandma accidentally identified him in videos by posting a review of the vest she bought him.

The same federal courthouse President Trump and federal law enforcement have been desperately trying to protect despite Democrat efforts to let rioters have their way.

Agard-Berryhill appears to be in the video below for a moment. He is the slim male, wearing a distinctive olive vest with the word “ICONS” printed on it. He’s seen launching the bomb over a fence.

A Portland man has been charged with arson after throwing a large explosive device at the Hatfield Federal Courthouse during a protest on July 28, 2020. Investigation by @USMarshalsHQ and @ATF_Seattle. Read more: https://t.co/UTh2KnA4k5 pic.twitter.com/ImmuQMBbhm

Grandma Outs Him
Turns out, Rico’s grandma was able to identify him after spotting the vest … because she bought it to help in his burgeoning protesting anarchist career.

“This is my only grandson, I love him to death, and didn’t know he was going to do such a bad thing,” Karla Fox, 69, wrote on Twitter.

“I had been posting several things about the Antifa and BLM (Black Lives Matter), he knows I am against those riots bigtime,” she continued. “He chose his poison.”

Apparently, Fox wasn’t trying to out her grandson. Using the user name ‘grammaf,’ actually left a review of the vest she bought her son online.

“I got this [vest] for my grandson who’s a protestor downtown, he uses it every night and says it (sic) does the job,” the review reads.

And the review included pictures. 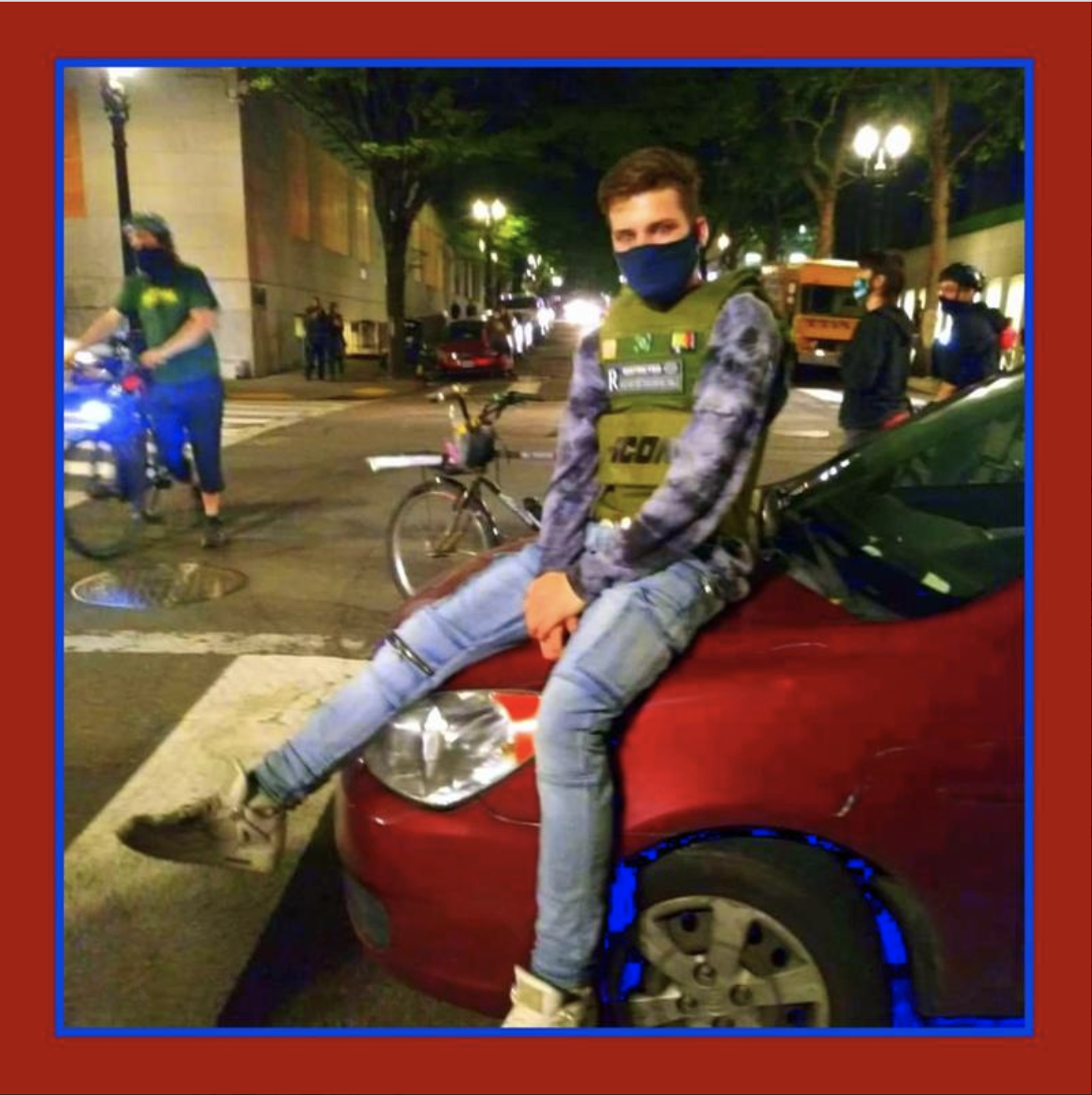 Street Cred: -500 Points
One has to wonder exactly how much street cred (if any) an Antifa goon gets by sporting a fake bulletproof vest and getting accidentally turned into authorities by his loving grandma. Actually, Agard-Berryhill turned himself in after grandma identified him … by going to his probation officer.

Fox told the Post that her grandson has a felony conviction from when he was a minor.

Seems like this kid is destined for bigger and better things in life. Future Democrat congressman, perhaps?

.@USAO_OR has charged Gabriel Agard-Berryhill, 18, for throwing an incendiary device at the Hatfield US Courthouse.

In a likely first, the investigation that led to his arrest involved an online product review by his grandmother for a protective vest she bought him. #Portland pic.twitter.com/WO6R8620VO

Rico attempted to defend himself by claiming ignorance.

“The device I’ve been accused of allegedly throwing was allegedly given to me by an unknown protestor with full-face coverings,” Agard-Berryhill wrote to the Post. “I was allegedly told that it was a strobe firework that wouldn’t damage the building or harm anyone around it.”

BULLSH*T! He knew what he was doing—he was just a moron for doing it.

Making this story even better – Grandma is a fan of the President.

Fox is described by the newspaper as “a conservative who supports President Trump and whose Portland-area home is full of MAGA merchandise.”

I believe this story gets filed under karma.

Most of this story was first seen at Mental Recession.