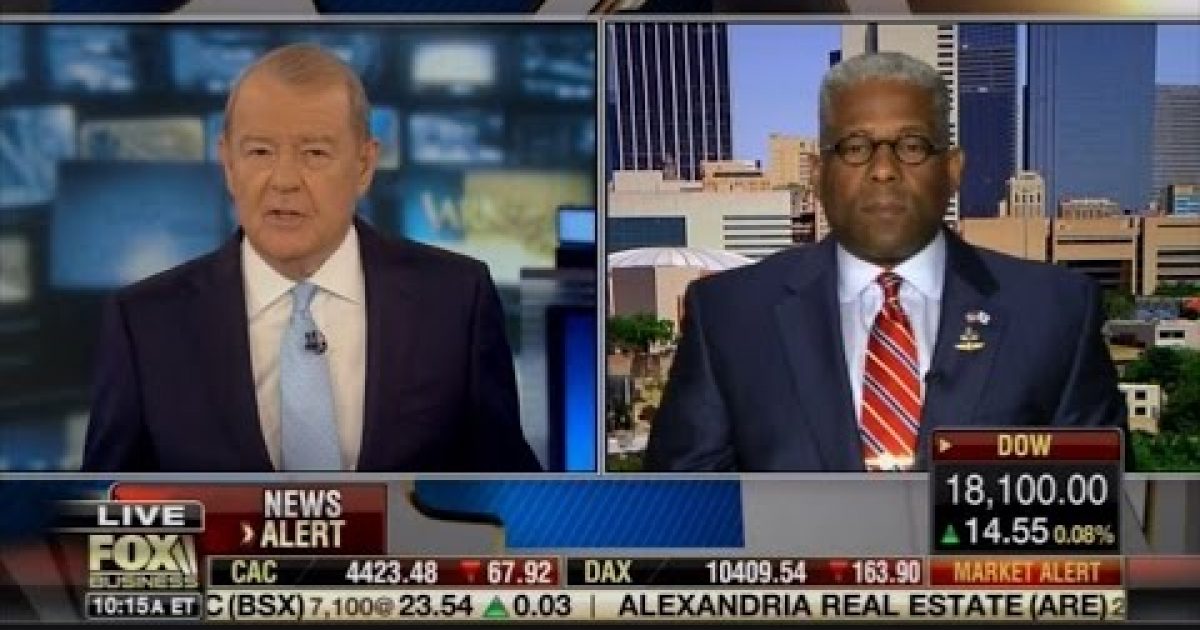 Below is an interview that Stuart Varney did on Tuesday with one of my favorite people Lt. Col. Mensch.

The first time I met Lt. Col. Allen West was just prior to his initial campaign for congress in 2008. West was a different kind of politician. He looked in my eyes when he answered my questions and I could tell after that one meeting here was a man of honor who isn’t full of cow chips. Since that time IMHO he was no longer Allen West he was simply mensch (if you don’t know what that means ask a Jew or any New Yorker).  When he was in congress I called him Congressman Mensch and after he left congress he reverted back to being just plain Lt. Col. Mensch.

If he is elected president, I hope Donald Trump considers Lt. Col. Mensch for his administration. Why am I going on like this?  Because Lt. Col. Mensch was on Fox Business this morning talking about Obama’s failed Middle East policies and Hillary Clinton’s basket of deplorables comment.

When you watch West’s comments to Stuart Varney in the video below take my advice, don’t look at it as an interview with a typical political talking head (because he’s not).  Look at it as an interview with a man who served the people of the United States for twenty years in the U.S. Army including combat tours in Kuwait and Iraq,  and two years in the U.S. Congress. More than any of that, Lt. Col Allen West is a man who knows what he is taking about…because if he didn’t know he would tell you because he a man of honor who will look you in the eye and always tell you the truth, which in my book is the definition of a mensch.

Well President Obama’s foreign policy in the Middle East is an abject Failure. As a matter of fact, the president said that he would pivot away from the Middle East and focus more on China and the Pacific Rim.

He has pivoted away from the Middle East we see the fallout. He has not focused whatsoever on the Pacific Rim.

What you see happening in the Middle East now is that Russia is the power player they are the broker there in the Middle East.  The United States of America is irrelevant.  And their client state now, Iran which we all know is very anti-American, they are being bolstered with financial support from America to the point where now, they are able to boost their nuclear program they have purchased the s-300 surface-to-air missile system, and they provided that for protection of their Fordo nuclear facility. And what’s even worse with this agreement that is supposed to go into effect, Iran has two terrorist organizations the Quds force and also Hezbollah that is operating freely in Syria.

So what does that say to those opposition groups that supposedly Barack Obama was going to be supporting?…

There’s much more to the interview which follows on the video below: